Telford Live on Sunday – A week in local politics

As the constituents of Telford & The Wrekin awaited the announcement of the challengers to Lucy Allan and Mark Prichard, Telford Live learned that all is not well with Labour’s selection process.

After a string of high profile Labour Cllrs quickly declared themselves out of the running, the deadline passed with only ex-council leader Kuldip Sahota publicly declaring himself as applying for the nomination, but Telford Live learned at least two more local Labour members made the application.

The prospective candidate should have been announced a week last Tuesday, then, according to Cllr Kevin Guy, a week last Friday, and we had to wait until Tuesday to find out who would challenge for Labour at the polls on June 8th. Step forward Cllr Kuldip Sahota.

Given the delays in getting the candidate selected, the launch party went off a bit prematurely. A start billed at 6pm, I arrived on time but missed the intro from ex-Telford MP David Wright, who looked like he in enjoying life away from Westminster.

Before the candidate was announced, a small number of Telford Labour Party members contacted me expressing some disappointment with the clarity and transparency of the process: “Having been told by the Chair of the party, Cllr Kevin Guy at a party meeting to discuss the selection of a Prospective Parliamentary Candidate to challenge Lucy Allan, that the name put forward would likely be the one chosen. It transpired after the meeting that the decision would be made centrally, without local input. Anyone could apply, even people outside the area, and we might not get a say.”

“At that meeting, both Cllr Kuldip Sahota and Cllr Lee Carter put their names forward, with Cllr Carter pulling out less that 24hrs later because he felt he couldn’t be honest with himself.”

Cllr Lee Carter has previously stated that he could consider supporting Corbyn as betrayal to the Labour Party. He is not alone in his views. Ex Labour Cllr Mike Ion, a former parliamentary candidate for The Wrekin, claimed in August of last year that he wrote to Jeremy Corbyn asking him to step aside.

With no meet and greet of Jeremy Corbyn when he visited Telford on Saturday, there seems to be an apparent unwillingness by senior local Labour figures to show support for their leader. He spent the day here, giving the Shropshire Star a one-hour interview after addressing the National Association of Head Teachers Conference at the International Centre.

“It’s clear to me that that the executive are not getting behind Corbyn. There seems to be some disconnect between the people in charge of the party and the Corbyn-supporting grassroots members who appear to have been excluded from the decision making.”

“With Corbyn elected twice by the membership, surely it’s obvious – do your damndest to get your own side elected and sort out your grievances later.”

Further evidence of anti-Corbyn supporter bias was bubbling under even before the snap election was called; “The councillor selection process for the next council elections in 2020 were already underway and the Constituency Labour Party were making up rules to disadvantage newer members who had joined when Corbyn was elected leader. This is not in the rule book”, said a Labour Party insider.

At the launch I asked Kuldip if he could see Corbyn as Prime Minister. He answered that ‘the election should be fought on policies rather than personalities’.

One wonders if the Local Labour Party are expecting a defeat, another leadership election, and to get their ducks in a row for post-brexit 2022.

I contacted Telford Labour Party for a comment but they chose not to.

It’s not only Labour who have had a little trouble up top.

It transpires that having won an election in 2015 by the skin of your teeth, Conservative MP for Telford Lucy Allan was not guaranteed that the candidacy was hers to defend.

Mark Wallace, executive editor of Conservative Home, a website ‘independent of the Conservative Party but supportive of it’ (and owned by Michael Ashcroft) tweeted that Lucy Allan ‘survives deselection attempt – assoc. executive vote to deselect, but she narrowly wins a vote of the full membership’.

Local Tories play their cards very close to their chest but put on a very brave face, dust themselves off and get behind their PPC. At least for now.

The Wrekin sees an Independant Challenge

The Wrekin is a hill but also a mountain to climb for any challengers to Mark Pritchard.

Even having been stung doing ‘interesting’ business deals in Albania, it seems the people of The Wrekin hold him in high regard.

Mark Pritchard famously went to the top in a tank to save the PRH and having increased his majority in every year since, some might say it’s going to take an mechanised army to dislodge him.

Dylan Harrison has a brigade of Labour troops behind him trying to do exactly that, but my interest piqued when I heard that local entrepreneur Fay Easton was set to launch a one-woman campaign to take the seat away from Mark Pritchard.

Its rare for indies to break the tape and get elected, but all credit to Fay for putting her (and others – the campaign is being crowdfunded) money where her mouth is and having a go. I’ll take great interest in Fay’s journey over the next few weeks.

With UKIP declaring that they won’t contest Telford because its a marginal seat with a pro-leave MP, where will their 7,330 votes go?

Speaking with a Labour campaigner, not all to the Tories. UKIP claimed during the 2015 election that both Labour and Tory supporters chose to support them in order to get a referendum, so the boost that Lucy Allan could be anticipating may not be so huge.

I’m hearing that UKIP veteran candidate Denis Allen, could well be standing in The Wrekin, but this is yet to be confirmed.

The Greens and Lib Dems are rumoured to be fielding candidates in both constituencies and I fully expect these to be announced formally in the next 2 or 4 days. 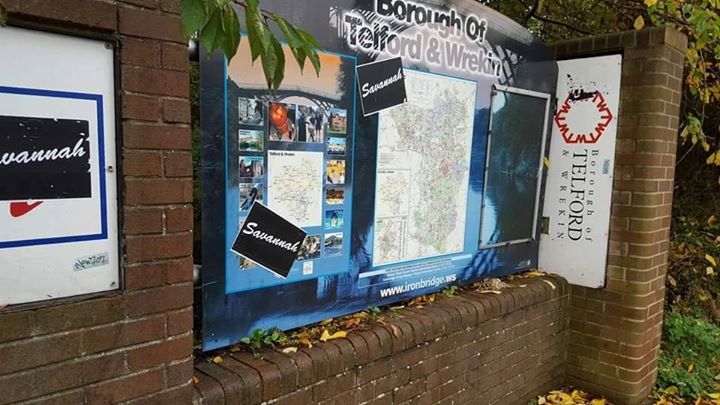