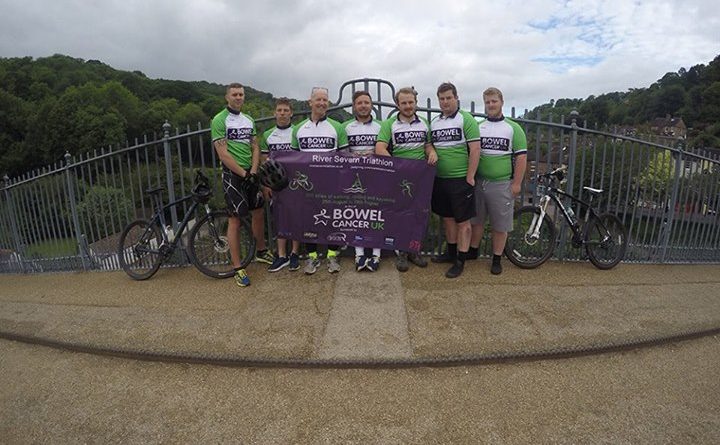 A group of friends from Telford will take part in a grueling 204-mile triathlon along the length of the River Severn in aid of Bowel Cancer UK later this year.

The seven fundraisers plan to walk and kayak 95 miles from Mid Wales to Ironbridge, before finishing off with a 109-mile bike ride to Bristol.

Organiser Ashley Brothwood, who is hoping to raise over £4,000 for the charity, said the idea was raised after a close colleague of two of the group died from bowel cancer. He said: “As a group of friends, we have taken part in a number of charity events in recent years, including a walk from Telford to Mid Wales. “When two of our group lost a colleague to bowel cancer last Christmas, we knew we had to do something to help treat the condition. “Fighting cancer is something close to all our hearts, so we are determined to raise as much money as possible for Bowel Cancer UK.”

Training has begun for the triathlon, which starts with a 60-mile walk from the source of the River Severn in Mid Wales, ahead of a 35-mile kayak from Montford Bridge to Ironbridge.

The cycling stage from Ironbridge will cover 109 miles to the Severn Estuary in Bristol.

The event will take place over four days from August 25th.
Mr Brothwood added: “None of us has ever taken part in an event this long, so we have to be completely prepared for every eventuality.

“So far, we have been running and cycling on a daily basis, alongside some pretty grueling kayaking along the Severn.
“We know it will be a big test, both physically and mentally, especially the cycle ride down to Bristol.

“But the fact that we are helping Bowel Cancer UK, in its fight against the disease, will make it all worthwhile.

“We’ve had a huge amount of support from friends and family so far. That gives us great heart for pushing ourselves during training.” 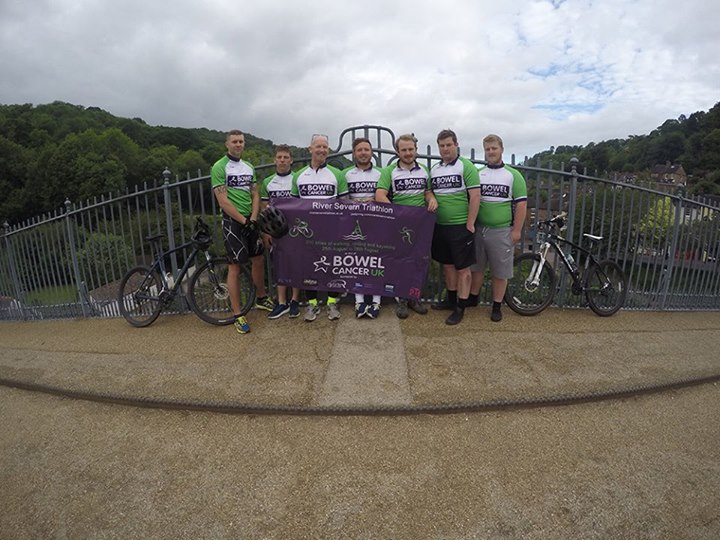