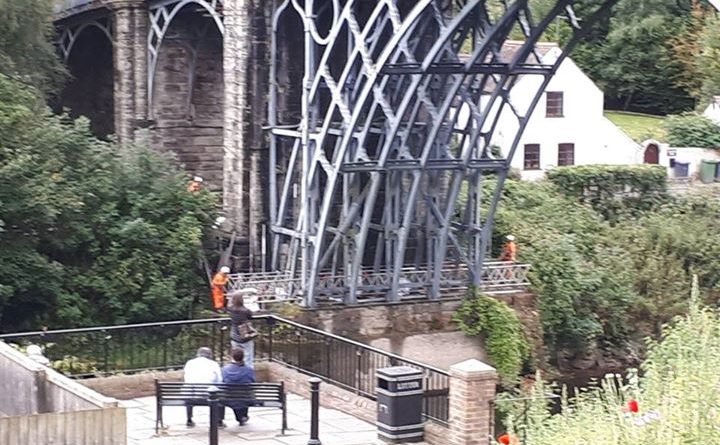 Why is there scaffolding appearing on the Ironbridge?

Conservation work is set to commence on Monday 11th September 2017 and will last for a duration of 416 days with an end date of Wednesday 31st October 2018.

The bridge is not being fully closed to foot traffic, but work on the deck will be taking place.

The following footways are affected: the footway from side of Toll House, along one side of The Ironbridge and Severnside Footway from Tontine Hill under the bridge to the steps to the memorial. The diversion route for pedestrians will be signed on site.

English Heritage’s major conservation programme will see the different elements of the bridge the iron radials and braces holding the bridge together, the deck plates and wedges, the main iron arch, and the stone abutments on either side of the Severn – examined and repaired. The cast iron pieces will be carefully cleaned and conserved, re-installed or replaced where absolutely necessary. As part of the project, the bridge will be re-painted and the re-surfaced with a new material.

The first stage of the works in September will involve Scaffolding being erected around the bridge and the project team have reassured that they will do everything possible to minimise disruption to the local area. The scaffolding has been specifically designed to ensure safe pedestrian access over the bridge during the works.

English Heritage have appointed Taziker Industrial Ltd as lead contractor to undertake the Conservation project and the company has a strong background in working with historic structures.

Cllr Nicola Lowery; “I am delighted that the English Heritage’s conservation project is beginning this week, as the Iron Bridge is not simply a remarkable monument, but an iconic symbol, representing the achievements of Shropshire’s ironmasters. The pioneering single-span cast-iron structure was a turning point in British design and cemented the Gorge’s position as an industrial powerhouse given its impact within society.

“This is one of English Heritage’s largest conservation projects to date and it is fantastic to see this level of investment being made in Ironbridge. As the ward member of the Gorge I have reiterated the importance of minimising the disruption to the local community during the works to the contractor Taziker Industrial Ltd and English Heritage, whilst also proposing the exploration of volunteer opportunities for people to get involved, which they have been extremely receptive to. Taziker Industrial Ltd are a very reputable contractor in this sector and have an impressive portfolio, having previously worked on the iconic Tyne Bridge in Newcastle and the Menai & Britannia Bridges in North Wales.

“The Gorge’s rich history never fails to enchant those that visit and I hope many will come to see this fascinating project develop over the coming months as we see one of our most important historical monuments restored to its former glory”. 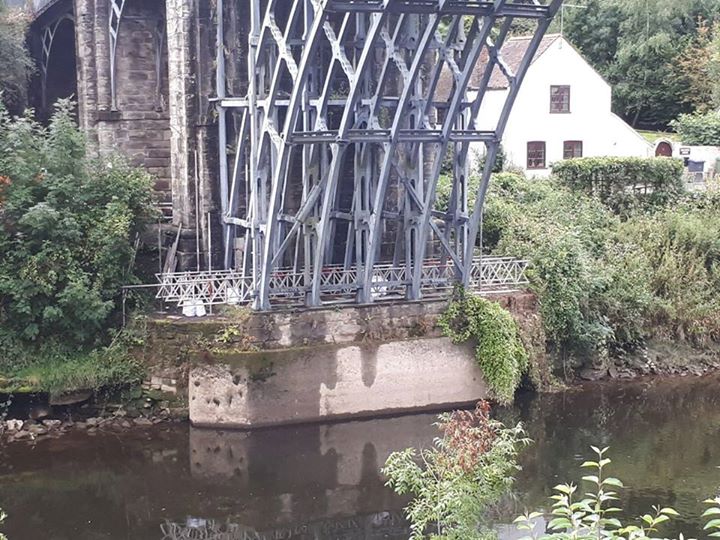 2 thoughts on “Why is there scaffolding appearing on the Ironbridge?”