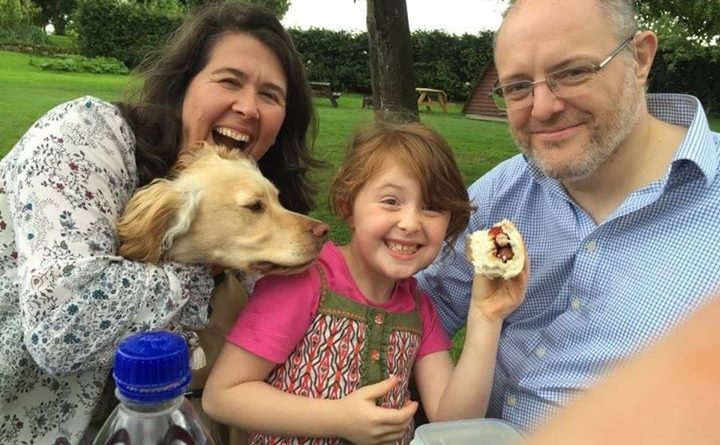 Ringo, a hearing dog from Telford has been posthumously honoured with a Highly Commended Accolade in this year’s National Hearing Dogs Awards sponsored by Specsavers, and supported by Countdown star Rachel Riley.

A star-studded audience featuring HRH The Princess Royal, Rachel Riley, Ben Fogle and many others heard how Ringo had made an enormous difference to the life of his deaf recipient Victoria (47) and her family, by taking away the isolation, loneliness and anxiety of deafness and restoring independence, confidence and companionship.

Ringo not only helped Victoria, who works as a Teacher of the Deaf, in her day-to-day life, but also across the family with Victoria’s husband, John who is deafblind, and their daughter Isobella. Ringo sadly died aged 2, after complications with an operation.

Victoria said: “We are ever so honoured to have had Ringo in our lives. He has left a very big hole. I was in tears when I learnt that he had been nominated as it is such an honour. I do wish he was alive so that we could make a huge fuss of him. He was such a very special dog…very switched on and in tune with everything – he met all of our individual needs across the family.…John’s vision as well as deafness; my deafness at work and at home; and Isobella’s bedtime routine.

Our lives were transformed incomprehensibly. It is impossible to explain how much he supported, guided and reassured us in every possible way in each of our lives and yet he had kept his personality and enthusiasm and desire to play whenever the opportunity was made available. He worked hard and play hard. We’d like to thank Hearing Dogs for the nomination.”

Rachel Riley, who is herself a dog owner and passionate about the Hearing Dogs charity, said: “Being involved in this year’s awards has been incredibly emotional and satisfying, hearing all the incredible stories of how hearing dogs make such a difference to the lives of individuals around the UK.

“My congratulations to all those who were highly commended in this year’s awards.”

Hearing Dogs for Deaf People is now in its 35th year and each year trains hundreds of dogs to help deaf people with daily life – increasing independence, confidence and companionship.

The charity’s CEO, Michele Jennings said: “There are so many great stories behind each one of our Highly Commended hearing dogs and individuals this year and we are delighted to be able to recognise of all their achievement in this special way. 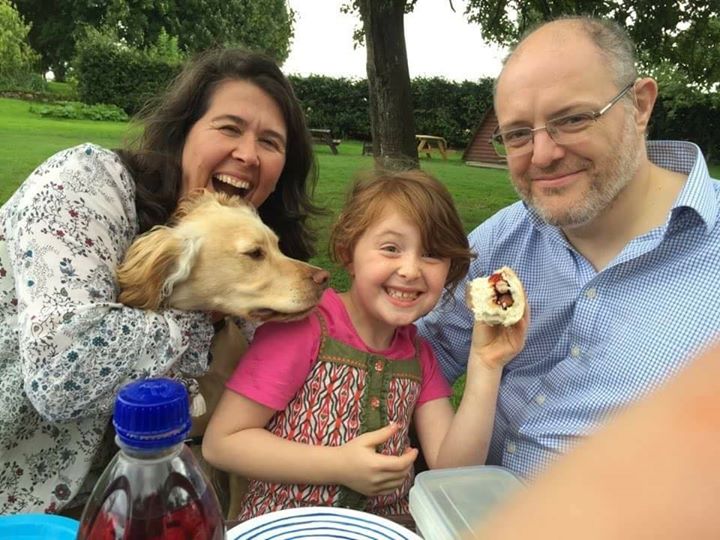 One thought on “Ringo given Hearing Dog Award”