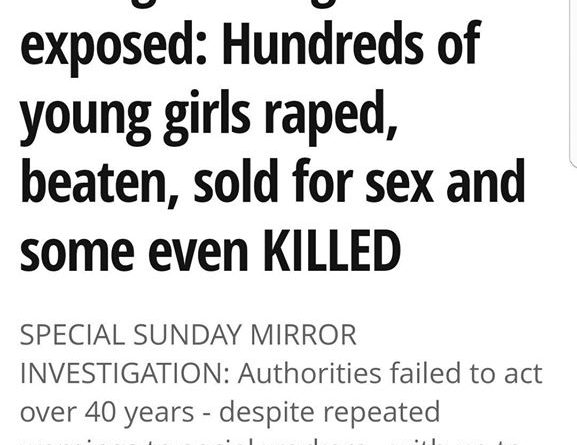 Telford in the National Press

The Mirror’s Geraldine McKelvie continues her investigation into Child Sex Abuse in Telford.

She has spoken to new victims and reveals the background to some tragic loss of life linked to this crime.

Last time I posted about this, the Councillor responsible for Childrens Services commented on the post accusing me of worrying parents unnecessarily, and yet last month we saw three more charged.

Social workers knew of abuse in the 1990s but police took a decade to launch a probe.

Council staff viewed abused and trafficked children as “prostitutes” instead of victims, according to previously unseen files.

Authorities failed to keep details of abusers from Asian communities for fear of “racism”.

Police failed to investigate one recent case five times until an MP intervened.

One victim said cops tried to stop her finding out why her abusers had not been prosecuted because they feared she would talk to us. 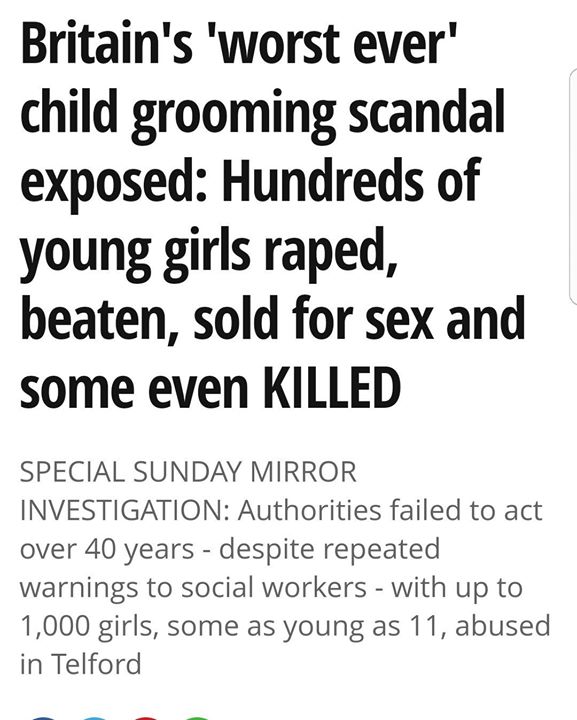 25 thoughts on “Telford in the National Press”