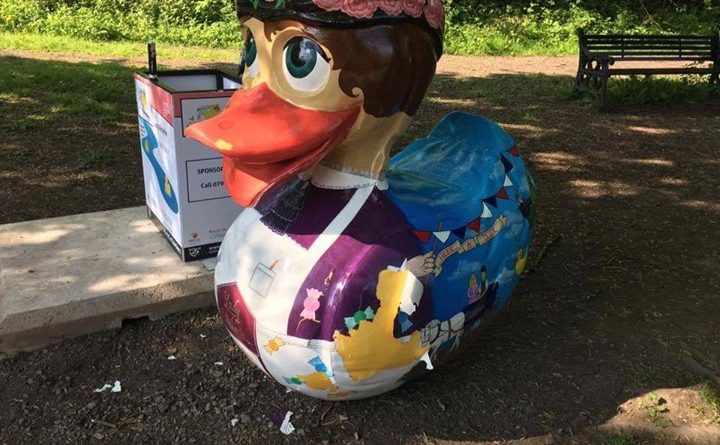 Ironbridge Duck Removed due to Vandalism after just 24hrs

The 8 foot high Duck ‘Lady Victoria’ near the Toll House in Ironbridge was removed earlier today following a ‘Mindless Attack’.

The 10 Ducks are part of an art trail set up to raise funds for Cancer Charities Jayne Sargent and Severn Hospice. Overnight, the duck was lifted from its stand and the intricate paintwork damaged.

Organiser Julie Ward who hopes to raise over £7500 for the charities was ‘Heartbroken’ following the ‘Mindless Vandalism’ which has resulted in the duck being returned to base for repair.

The ducks are due to be auctioned off for the cancer charities after the summer in Ironbridge and Southwater, so the vandals are risking a reduction in the amount raised. 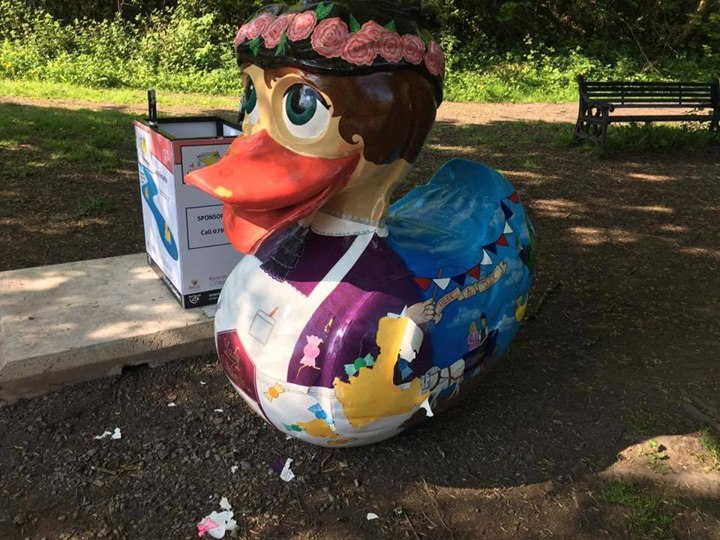 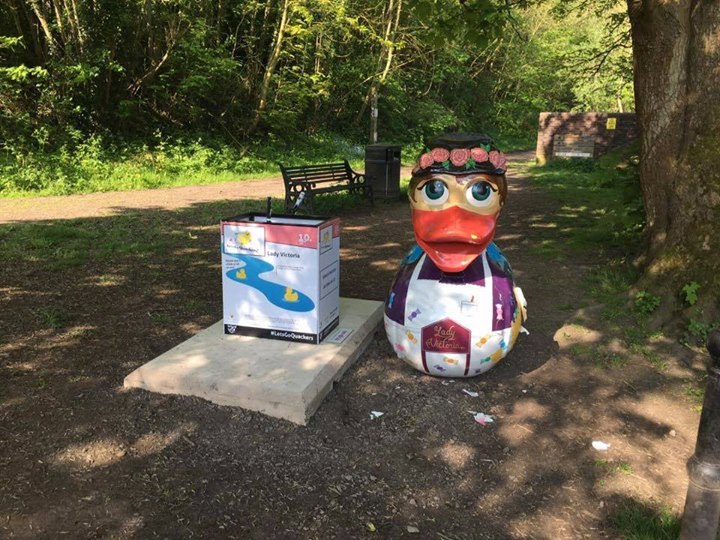