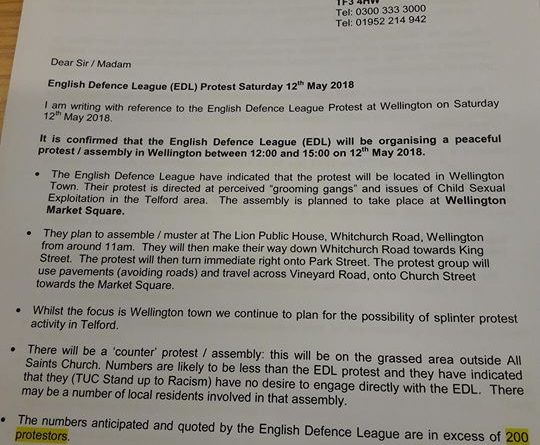 Letters are going out to residents and traders in Wellington, notifying them about a planned protest march by the English Defence League this Saturday, 12th May.

Inspector Gary Wade of West Mercia Police said in the letter that up to 200 protesters are expected plus a number of Counter Protesters.

Shops in Wellington are expected to remain open as the protest will take place between the Lion and Church Street, to Market Square.

He also added that the plan is subject to change.

Thanks to Cllr Lisa Jinks for the pics. 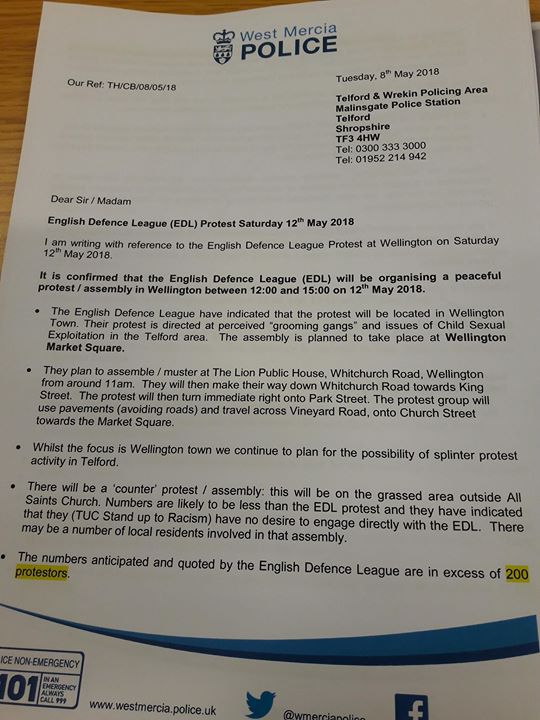 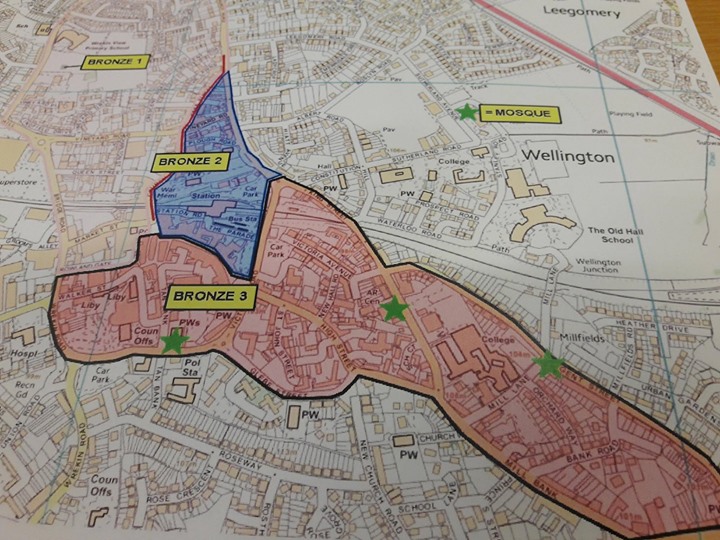