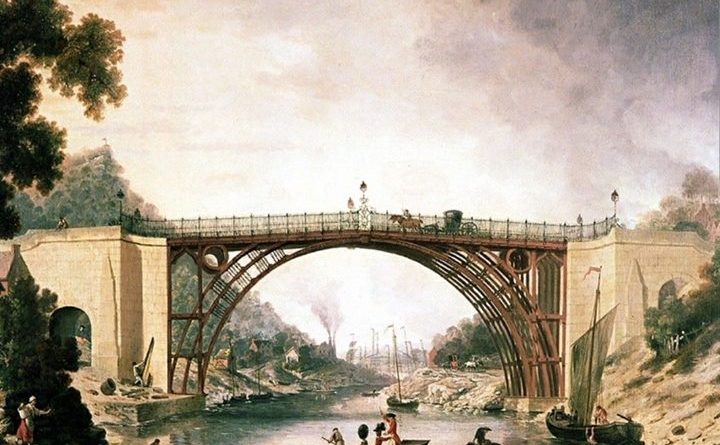 What colour was the Ironbridge when it was built?

New research shows that the Iron Bridge was originally painted a red-brown colour and the English Heritage’s Iron Bridge conservation project will return the bridge to its original colour.

Historic paint researchers studied previously inaccessible parts of the ironwork and examined parts which have become detached from the bridge over the past 200 years.

The red-brown colour can be seen in William Williams’ 1780 painting Cast Iron Bridge near Coalbrookdale. This is one of the earliest depictions of the bridge and was commissioned by Abraham Darby III, who oversaw the building of the pioneering structure.
The findings were examined by a panel of historians and representatives from heritage bodies. They were also presented to the Ironbridge Gorge World Heritage Site Steering Group.

English Heritage’s Senior Property Curator, Dr Heather Sebire, said:
‘Uncovering the original colour of the Iron Bridge has been a fascinating mix of both archive research work and detailed forensic investigation. We had already found some clues in the archives but the decider was the results of our analysis of the historic paint, revealing a red-brown coating beneath centuries of historic dust and paintwork.

That’s when we knew we had found the answer to the key question about the original colour of the Iron Bridge.
‘While the bridge is covered in scaffolding, visitors will be able to see it up close and personal via our public walkway, and watch our team of painters transform this revolutionary structure to its original red-brown. And of course, when the scaffolding comes down at the end of the year, we’ll reveal one of the most important bridges in the world”.

Cllr Nicola Lowery Borough Cllr for the Ironbridge Gorge said: “This is a fascinating discovery by English Heritage and a revolutionary development in understanding more about the history of our iconic Iron bridge, which symbolises the Gorge’s international status as the birthplace of industry. This evidence uncovered by specialist paint conservators will enable the bridge to return to as close as possible to its original appearance before the 20th century repainting and that the bridge’s industrial past is authentically restored to its former glory”. 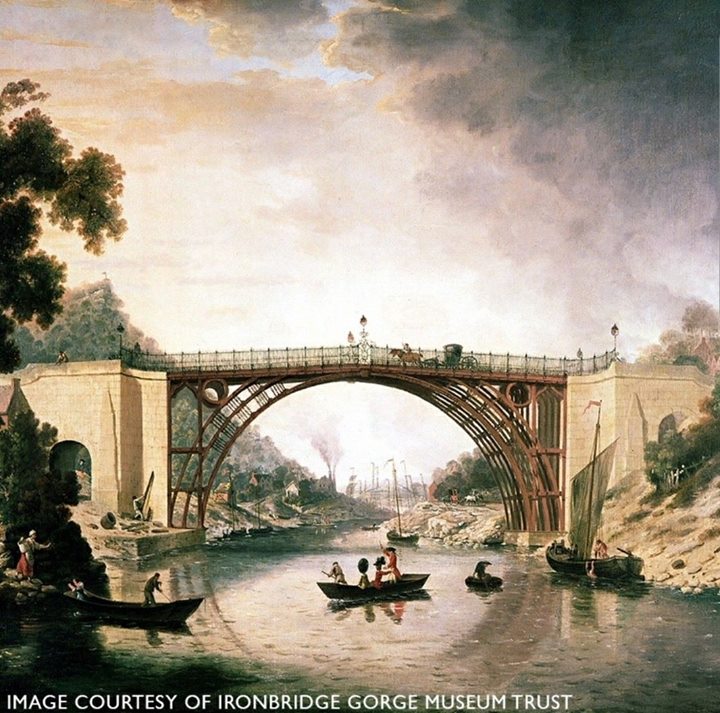 2 thoughts on “What colour was the Ironbridge when it was built?”