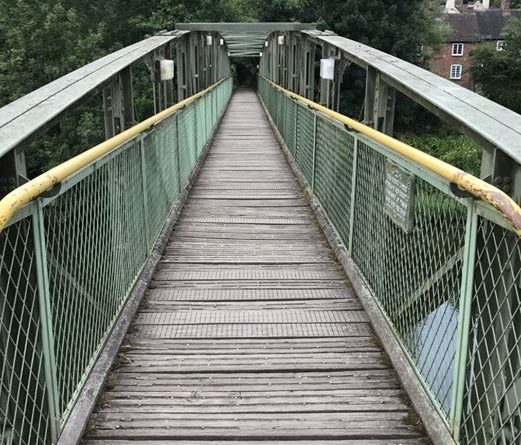 It’s not just the Iron Bridge that is being restored as the Jackfield and Coalport Memorial Bridge is also being preserved for the future in the Ironbridge Gorge.

Telford & Wrekin Council recently carried out a principal inspection on the structure a couple of weeks ago and identified several safety defects. An immediate make safe job was carried out from the deck at the end of June and contractors have recently been on the river on a pontoon making repairs from below. This involves new lateral support to failing structural beams. Added to this some of the most damaged deck planks have been replaced with a temporary material. This is an intermediate make safe solution so that the bridge does not need to be closed.

This will provide the Council with the time needed to carry out the necessary design work and to source funding as the project will require a significant investment.

The Coalport and Jackfield Memorial Bridge, spanning The River Severn was erected in 1922 as a memorial to those who had died in WWI.

Cllr Nicola Lowery, Ward Member for the Ironbridge Gorge said: “The Jackfield and Coalport Memorial Bridge symbolises an important part of our history as it commemorates twenty-six men from Coalport and Jackfield. The Bridge was previously restored and reinstated in 2000 and whilst it is structurally sound, it’s likely that the Council will need to replace all of the timber on the bridge which will form part of the design. 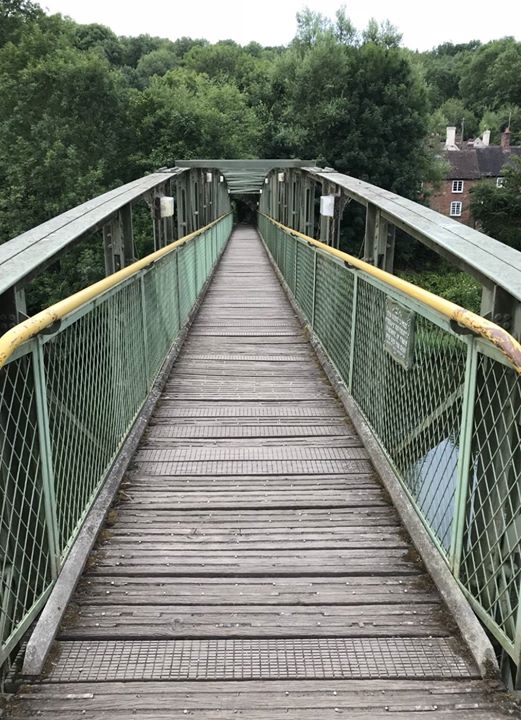