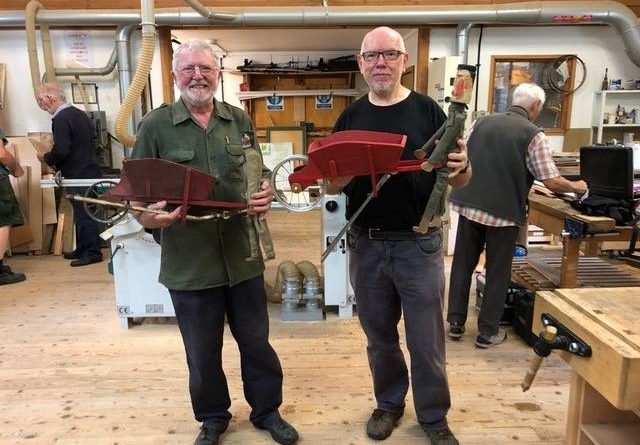 One of the coracle men’s witches will be coming home to Ironbridge this bank holiday weekend as part of an initiative between the Ironbridge Coracle Trust and Men in Sheds, continuing a long-standing, locally-distinctive tradition set in motion by coracle-building generations past. These mechanised wooden figurines, or automata, which feature one of the famous witches, a wheelbarrow man, and a floating raft with two men hammering, will be available to see as part of this year’s Ironbridge Coracle Regatta celebrations.

Graham Peet, of the Ironbridge Coracle Trust said, “As part of the research into the use of coracles in the Gorge we rediscovered much of the contents of the old coracle shed. Apart from many tools, the shed contained some of the wooden figurines that the coracle men used to fly across the river. When the work on stabilizing the old shed is completed, we hope to fly the figurines across the river once again.

We are very keen to talk to any Ironbridge people who remember the figurines being flown across the river so we can get the story right.

Since the original figurines are now museum pieces, the Men in Sheds have been making duplicates. We are delighted to have the chance to work alongside these incredibly talented craftsmen to keep these local traditions alive.”

Terry Kenny of Men In Sheds said, “In such a high-speed, high-tech age, it can be easy to forget the kind of magic we can create using simple materials. We’ve had great fun working on these models and we’re proud to be working alongside the Ironbridge Coracle Trust on this project“. 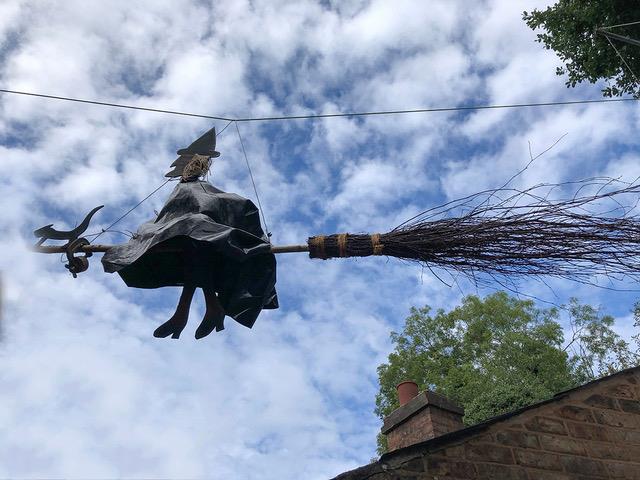