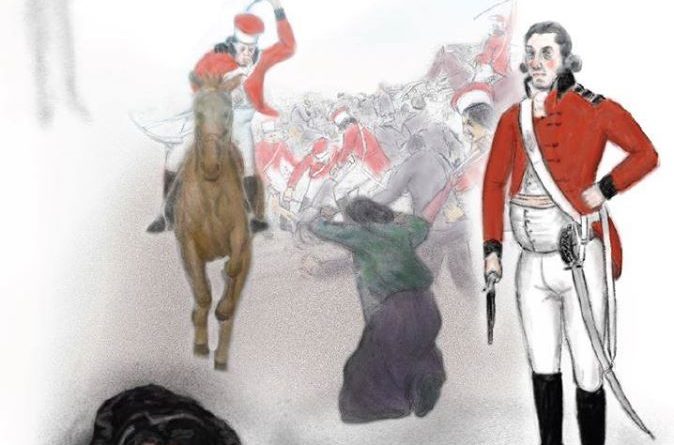 The historical event that no one spoke about – until now.

With Telford celebrating its 50th anniversary a new community group has been set up to commemorate an event that took place in the town nearly 200 years ago.

Cinderloo1821 believes we need to look back further to understand the geography, culture and politics of the communities that form the heart of the new town today, to identify how people fighting injustice 200 years ago provide the spirit, energy and ideas to take the town into the future with optimism and pride.

On 2 February 1821, more than 500 miners gathered in Dawley and marched in protest at pay cuts and increasing poverty. The march gathered in numbers to over 3,000 and culminated in a pitched battle with the local Yeomanry, leaving two men dead, many injuries on both sides and one man, Thomas Palin, hung in April 1821 for ‘felonious riot’. This dramatic conflict took place on the cinder hills at Old Park, occupied now by the Forge Retail Park at Telford town centre, and it has become known as ‘The Battle of Cinderloo’.

The story has been best captured by work done by the Dawley Heritage Group and has gained renewed interest as the ‘battle’ moves towards its 200th anniversary, 2 years after the famous Peterloo massacre in Manchester. Local history groups, social media sites, trade unionists, town and parish councils have started to discuss how this largely hidden story might be retold, celebrated and developed to act as a modern commemoration of the local lives that were lost fighting poverty and in pursuit of justice.

Ideas are already coming forward on what might be organised over the next 3 years to mark the event including: – walks following the routes the demonstrators took, poetry, song and music, art work and sculpture, debate and discussion on the dramatic historical and political significance of the events that took place and their links to the national and international affairs today.

The story provides roles and opportunities to involve communities across Telford in connecting their local history with a nationally significant event, for local political, trade union, religious groups to explore the roots of their beliefs, philosophies and historical actions that still influence the culture of the new town to this day, and for individuals to trace family members who played a part in the events of February 1821.

Support for the project is growing and has gained backing from Ironbridge Gorge Museum Trust, Great Dawley Town Council other Parish and Town Councils, local history groups and Shropshire and Telford Trades Union council whose banner depicts the battle of Cinderloo.

“Although Telford is known as a new town the borough has a long and rich history and is world renown as the birthplace of industry.

“It’s no surprise that some key milestones in industrial strife such as Cinderloo that helped shape our social history also took place here.

The project has recently submitted an initial bid to the Heritage Lottery Fund and is looking to build support from people with a personal interest in the story or from those interested in helping develop the project over the next 3 years.

There is also a new website www.cinderloo.com with more information about the project and ways people might get involved in supporting the campaign to commemorate the anniversary in 2021 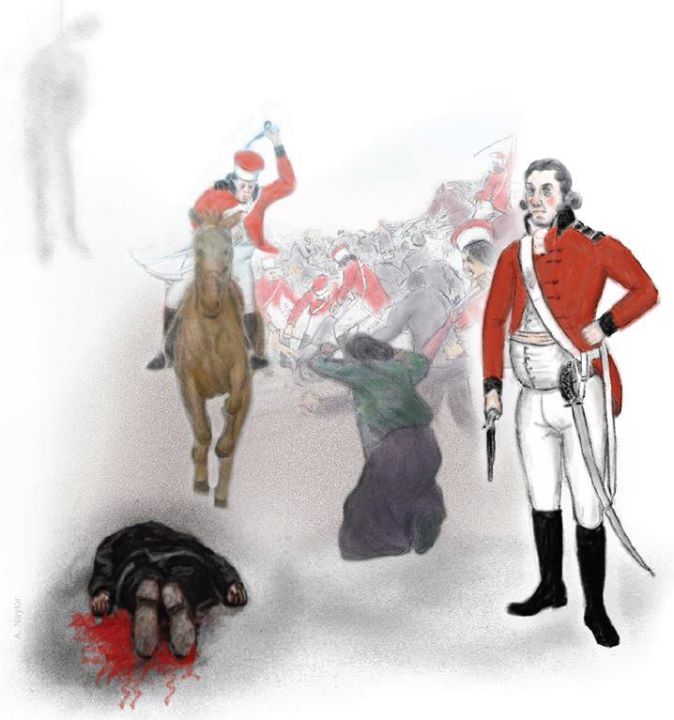