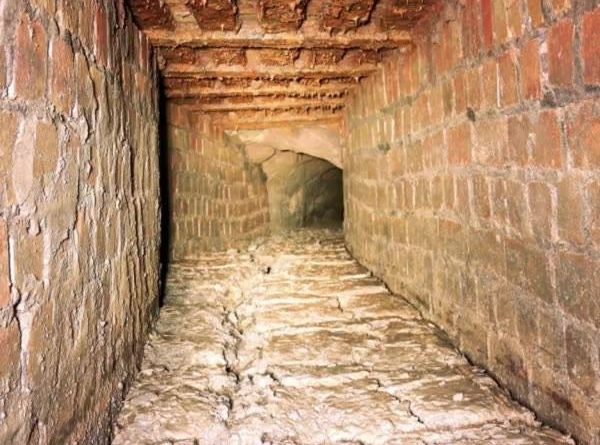 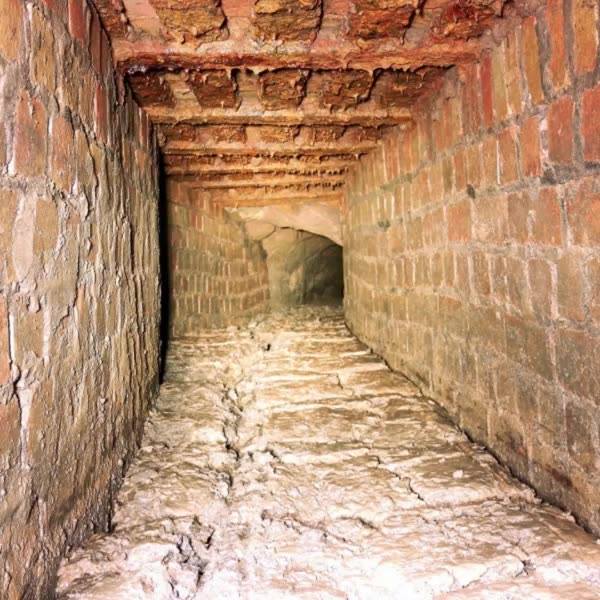 Telford & Wrekin Council today released astonishing pictures showing the scale of the underground culvert that has resulted in a road collapsing in the village of Church Aston.

The collapse of the carriageway at the Greenvale / Dark Lane junction has closed the road to through traffic since the start of October.

The council’s engineers are currently carrying out extensive investigations to work out the best solution to repair the culvert and re-open the road.

A well type structure has been uncovered under the road which sits on top of an old brick built culvert which in turn connects to a sandstone tunnel.

The brick built section is believed to be a later repair to the original sandstone tunnel.

The tunnel is believed to have been commissioned by the Duke of Sutherland in either the 1820s or 1830s.

It is thought to have been used to supply water to Longford Pools for use in large scale farming activities as a direct result of the draining of Kynnersley marshes.

It was supplied by the Boundary Brook and ran roughly north east towards Church Aston, running beneath the village along the road known as Dark Lane before making a 90 degree turn west across the fields to the pools. The total distance of the culvert is an estimated to be in excess of 1.5 miles.

Repairs to the culvert are likely to involve a 4-5 metre deep excavation approximately 20 metres long in the highway at the junction of Greenvale to allow a repair to be made to the collapsed section.

There is a large gas main in the vicinity and the ground is comprised of sandstone bedrock meaning that specialist equipment will be used to carefully excavate the collapsed area of sandstone.

Once a suitable cut has been made, then concrete sections will be lifted in to reform the culvert.

A catch pit will be installed so that the culvert can be cleansed and further investigations can carried out upstream and downstream to determine condition and precise location of this culvert.

The complex nature of these works mean that it is expected that the road will remain closed until late November to allow works to be carried out to repair the culvert and reinstate the highway.

Councillor Hilda Rhodes, Telford & Wrekin Council’s cabinet member for Transport, said: “We will endeavor to complete these essential works as quickly as possible so the road can be reopened to vehicles. We realise that this is causing inconvenience to residents, particularly bus users, so we would like to thank everyone for their patience.”

Anybody with any local knowledge or historic information which relates to this matter is encouraged to get in touch with us at highways@telford.gov.uk