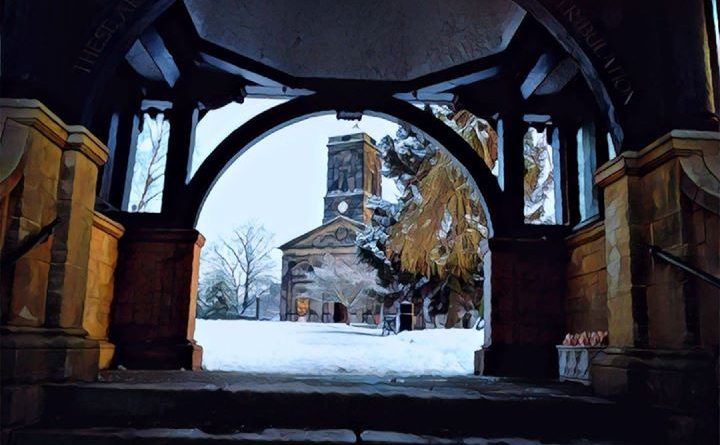 Remembrance and Armistice events to remember the fallen

Events will be taking place across Telford and Wrekin this weekend to remember the men and women who gave their lives in combat – with both Armistice Day and Remembrance Sunday falling on the same day this year.

This year will be particularly poignant as Sunday 11 November marks a century since the end of World War One, which claimed a total of 5,286 lives from the county of Shropshire.

This event commemorates The Armistice signed by the Allies of World War I for the cessation of hostilities of the Western Front. The day has since become one of remembrance for all those who have died during times of war.

A Festival of Remembrance takes place at Oakengates Theatre @ The Place at 8pm on Sunday 11 November. Borough mayor Councillor Raj Mehta and council leader Councillor Shaun Davies will be attending the event, which is organised by Telford & Wrekin Council, the Royal British Legion and Telford Christians Together.

It will include the Parade of Standard Bearers, a reading of 100 names from the Roll of Honour, a bugler playing the Last Post, two minutes silence and the sounding of the Reveile in a moving tribute to the fallen.

To mark the end of the centenary, this year will also see special performances by the Wrekin & Telford Singers and the Abraham Darby Showband. The event is free to attend but is ticket only. Anyone interested in attending should call the Mayor’s office on 01952 380110.

The mayor of the borough of Telford and Wrekin Councillor Raj Mehta said: “This is a time for us to remember and honour all those who have sacrificed their lives and it is especially poignant this year as it marks the centenary of the end of World War One.

“I hope people will join us as we pay tribute to all the brave men and women who have served our country in times of combat.”

Telford & Wrekin Council’s Pride In Our Community crews are busy this week ensuring that the venues for the various parades look their best ahead of Sunday.

Remembrance events around the borough:

From Trench to Truce: Remembrance Service, community meal and poppy making workshop to commemorate the Great War at the Park Lane Centre from 4.30-6.30pm.

Please assemble at 10.45am for a service which takes place at Dawley House, Burton Street in association with the Restroom Fellowship.

Tickets must be purchased in advance from the office (in person or over the phone), between 10pm and 4pm by Friday 9th November.

Meet at 10am at Village Hall car park. There will be a parade of uniformed services at 10.15am with a service to start at St Andrew’s Church at 10.30am. A wreath will laid on the memorial within the church at 11am. The reverend and parish council representatives will travel to Brockton Memorial for a service of rededication and laying a second wreath at 11.30am.

Please assemble at the car park adjacent to the RBL Club in Station Road, Dawley, for 10.15am. March at 10.30am to the service at the Methodist Centre, arriving no later than 10.40am. Wreaths will be laid during the service. Parade returns to the RBL Club after the service for refreshment. This will be attended by council leader Councillor Shaun Davies.

Armistice Service at 9.30am with wreath laying ceremony.

Parade assembles from 10–10.15am at Castle Farm Community Centre. 10.25am the parade forms and at 10.40am the parade moves off along High Street and via Waterloo Road, Sunningdale and Crescent Road to the Cenotaph in Manse Road. 10.55am the parade arrives at the Cenotaph for the Service and Wreath Laying. 11.15am Service at Hadley Methodist Church. After the service, a short parade back and march-past to Castle Farm Community Centre via the High Street for refreshments.

10.50am Service at St Michael and All Angels Church, High Ercall. Act of Remembrance at 11am to include wreath laying.

Please assemble at the foot of Memorial Bridge, Boat Inn, Jackfield for 10.45am. The service commences shortly after 10.50am during which the wreath laying will take place. The Royal British Legion Jackfield wreath bearer will ascend steps to lay a wreath on the bridge. The service concludes around 11.30am and refreshments are available afterwards in the Boat Inn – all welcome.

Take your seat in the church, St Mary the Virgin, Ketley at 10.45am ready for the Silence at 11am. This will be followed by a service and wreath laying ceremony at the War Memorial in the churchyard. There will be a parade and memorial service organised by Meadows Primary School in conjunction with Ketley Parish Council. They will march to the flower bed at the traffic lights where poppies will be placed at the feet of the silent soldier.

Holy Communion Service takes place at 9.15am along with the Act of Remembrance at St John the Evangelist Church, Lawley. Wreaths will be laid during the service. This will be attended by borough mayor Councillor Raj Mehta.

Service at 10.50am at St Lawrence Church, Church Road, Little Wenlock followed by Wreath Laying Ceremony at The Memorial in the church grounds.

Please assemble at 10.15am at the Woodside Centre, Park Lane, Woodside. The parade proceeds via Park Lane, Mound Way, Ironbridge Road, Park Street, Maddocks, Victoria Road and along Russell Road to arrive at the Cenotaph in Madeley for the Wreath Laying Service at 10.45am. Refreshments will be available in the Cricket Club after the event. This will be attended by cabinet member Councillor Rae Evans.

Holy Communion Service begins at 10.45am at St Leonards, Malinslee to include an Act of Remembrance and Wreath Laying.

Assemble at 10.10am on Audley Avenue and march off at 10.15am to St Nicholas Church for the service which commences at 11.00am. Wreaths will be laid after the service in the church grounds. Followed by a parade back to the Royal British Legion Club at approximately 12.10pm.

Service at 9:30am at Holy Trinity Church, Holyhead Road, Oakengates.

A service will also be held at 10am at Salvation Army Hall, Oakengates to be followed by a march commencing at 10.30am from outside the Hall. There will be a parade to the Memorial Gates at Hartshill Park where there will be a shared Act of Remembrance including the laying of wreaths (meet at the gates at 10.45am if not attending the service or parading). This will be attended by cabinet member Councillor Hilda Rhodes.

A Festival of Remembrance takes place at Oakengates Theatre @ The Place at 8pm on Sunday 11 November.

A short Act of Remembrance at the Memorial Gates, Recreation Ground,

St Georges at 10.45am followed by a Service at St Georges Parish Church at 11am. These will be attended by cabinet members Councillor John Minor and Richard Overton.

Light refreshments will be available at Meeting Point House from 9.30am. This will be followed by a parade organised by Hollinswood and Randlay Parish Council at 10.20am from Southwater Square to the Remembrance Memorial in Telford Town Park where there will be a short service to include wreath laying from 10.30am. Two minutes silence at 11am.

Parade assembles at 10.15am at Nailor’s Row Car Park and leaves at 10.25am. The Parade proceeds to the top of New Street, march through Market Square and into Church Street arriving at the Lych Gate (in front of All Saints Church) in time for the short service at 10.45am. Following the service at approximately 11.15am, the parade will march back to the car park by the same route in reverse for dismissal. Descendants of the fallen are invited. The bells at All Saints Church will be ringing.

A shared service with the Salvation Army band will be held at St Mary & St Leonard commencing at 4.00pm. The Act of Remembrance will include a wreath laying event.

Meet at the War Memorial located on the triangular junction down from St Peter’s Church at 10.45am. Service begins at 10.50am when wreaths will be laid at the Memorial. Two minutes’ silence and the remainder of the service will be held in the Church followed by light refreshments. 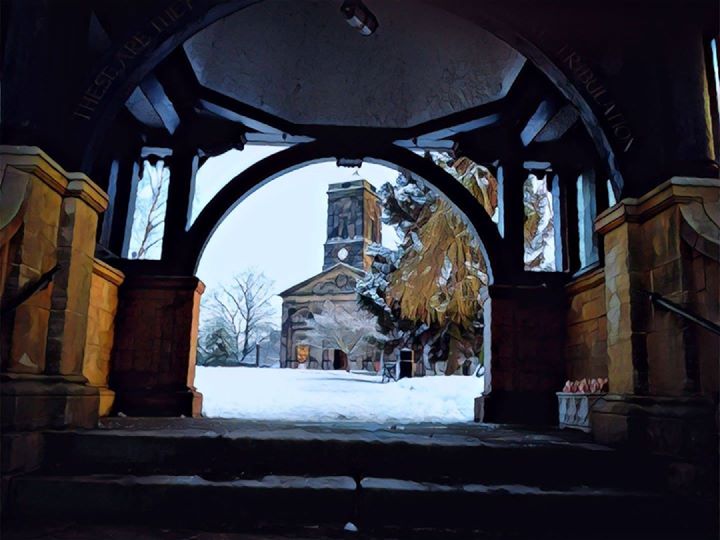