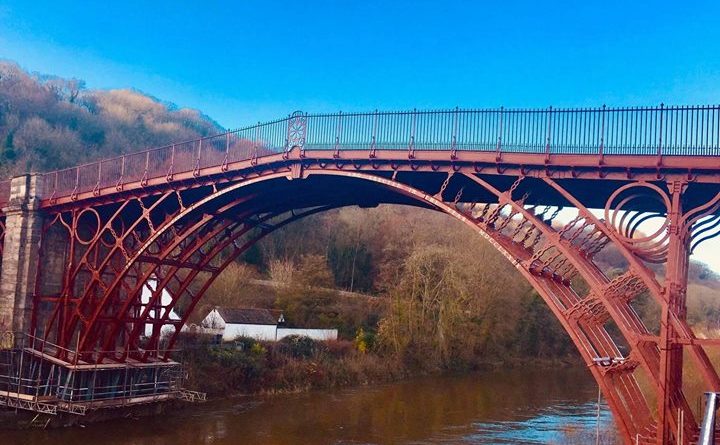 It’s back! The Ironbridge is unveiled.

The world-famous Iron Bridge has been officially unveiled this week to visitors after more than a year of repairs as part of a £3.6m Conservation project by English Heritage.

Kate Mavor, the charity’s CEO, came to the Ironbridge Gorge this week and said: “This is the first English Heritage site I remember coming to when I was about 11, and now it looks much the same as it did then.

“This is the first time I’ve seen it refurbished and I think it sits very nicely in the gorge, and with the red paint it will especially look good in autumn colours. I’ve been following the repairs closely since they began, it is an extraordinary project.

“The Gorge is a world heritage site, the bridge was the first of its kind and it’s been there since 1779. It has survived a number of pernicious influences including an earthquake. We’re very proud of what we’ve been able to do here because it’s been unlike any other project of ours”.

Nicola Tasker, Head of English Heritage’s National Projects, also visited the bridge and said: “When we took up the deck of the bridge to put a waterproof layer in we found hundreds of little wedges that held the deck up. It turned out all of those were completely different because they were all handmade by the carpenters who originally built the bridge.”

Over the last year a major conservation project has taken place to restore the Iron Bridge, due to stresses in the ironwork since its original construction.

English Heritage have been repairing the cast iron frame, conducting masonry repairs and repainting the ironwork. The deck has also been resurfaced this week using a Leaton Quarry aggregate to provide a close replication of iron slag, the material that would have been used originally when the bridge was built.

Cllr Nicola Lowery, Borough Councillor for the Ironbridge Gorge said: “It is so exciting to see the Iron bridge officially unveiled and absolutely wonderful to see the structure stand in all its glory after months of being covered, whilst these vital conservation works take place.

“I have been speaking with many of our local businesses and appreciate that the conservation work has greatly impacted the local economy, but I am delighted that we finally have our bridge back that means so much to our community. We have spoken to English Heritage about delivering an official unveiling event in the New Year and hope we as a community can celebrate the bridge’s return and keep alive our memories and history associated with this unique bridge.

“A bespoke new lighting scheme will be also installed by the Iron Bridge in the new year to enhance its iconic structure and we are also exploring introducing pedestrian lighting to improve visibility whilst walking on the deck of the bridge at night.

“The Iron Bridge continues to draw visitors from around the world and stands as a beacon of the industrial revolution and our achievements as a World Heritage Site. The bridge has been greatly missed and I know many within our community are so pleased to see our iconic structure restored to its former glory at the heart of our community” 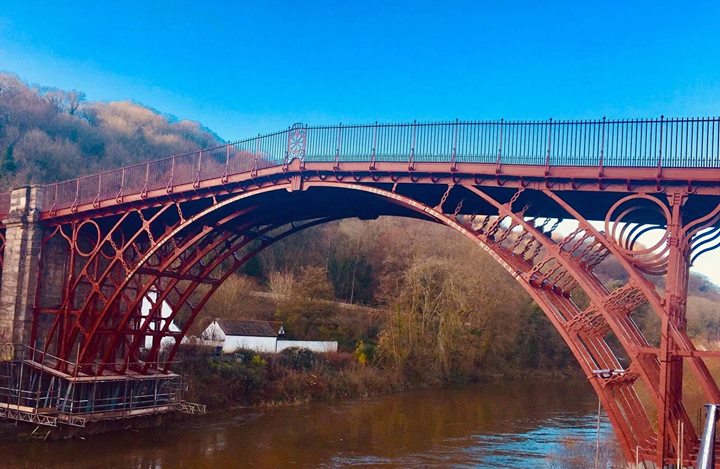 5 thoughts on “It’s back! The Ironbridge is unveiled.”