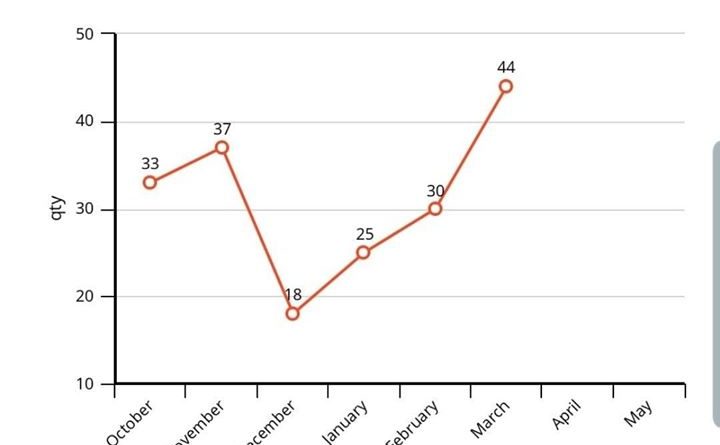 The Ex Factor edition. An irreverent look at local politics in the run up to the May 2nd Election.

Thanks to all the contributors this week. Something to share? telfordlive@gmail.com – anonymity guaranteed.

Top electioneering tip: Before posting a ‘sorry I missed you’ card, try knocking the door or ringing the bell!

Purdah starts
This means that Telford & Wrekin are unable to issue PR which could be seen as supporting one side or the other. Seeing as almost every news item has a Councillor comment tacked onto the end of it, you will see the volume of pieces plummet.

I’ll be keeping track of them on this graph until the end of Purdah, 3rd of May.

Why St Georges is exciting.
That’s a phrase not often heard, I’ll grant you. It’s a ward that has been held Cllr Jon Minor & Cllr Richard Overton for Labour, but with Cllr Minor not seeking re-election, it seems that ex-Telford MP, David Wright is looking to build on his parish election victory in 2018 and win a Borough seat. He’s very well known in the area and an all round nice guy, you would be crazy to bet against him.

You might think that St Georges is a Labour shoe in, but I think there is a hard battle ahead for Cllrs Overton & Wright.

Cllr Tom Hoof, the ex-UKIP candidate is standing for the Tories this time. He left UKIP a while back and is already on the parish council. Cllr Hoof beat the Tories into third place in 2015, when standing for UKIP and during my 2015 election coverage I recall a conversation with him about where those 1000 UKIP votes came from. He told me that it was a split between Tory & Labour supporters, not (as many people assume) just right wing supporters.

Factor in that Cllr Hoof is local and vocal about issues like the Gower St project, he will be entering this contest with the confidence of the former kickboxing champion he once was.

It will be interesting to see how this one develops.

UKIP down but not out.
UKIP had a decent election in 2015. Well, decent in terms of votes polled (over 16k) but because they were spread across 28 candidates the borough, managed to win zero seats at borough. To put this into perspective, that’s more votes than the Lib Dems, Greens, Indies, and the Libertarian candidates combined.

I didn’t think there were going to be any candidates fielded in 2019 but word on the street is that we might see around six or seven.

Will Brexit or the lack of it, work in their favour or against it? (This was written at 6pm on Sunday so things could have moved on by now!). We’ll have to wait to find out.

Campaign budget – the sky is the limit
Well, it was up until this week. I knew the limits on spending were set at less than £800+6p per registered voter. I knew than some of you have had letters in the post from some candidates and I know this ain’t cheap!

I checked the rules and the limit only applies from last Thursday to polling day. In some multi-member wards (where there is more than one Cllr elected) this won’t even cover one mailing.

With Twitter and Facebook free (you can’t advertise on FB with an audience as small as a ward) you can expect more ‘on the doorstep’ type posts, like and shared by the committed party supporters.

Tom King is standing for election to the Borough Council in Newport South and East for Labour.

This is the first time you have put yourself forward for election, what got you started in political life?

Although I’ve always been politically engaged, it was not until returning to Newport from university that I got involved in a more formal way. Dylan Harrison, the Labour candidate for parliament in the 2017 election, lived behind my parents and was looking to enlist helpers for his campaign so I threw myself into leafleting and knocking on strangers doors. I had seen the damage that austerity was causing my community in Newport, from the threat of the A&E closure at Princess Royal to the increasing need for people to have to access food banks. Growing up I’d always viewed Newport as a relatively well off place (I mean we’ve got a Waitrose!) and to then find that just below the surface there was a whole raft of people in increasing numbers forced to be reliant on the generosity of strangers really affected me. I set up and ran Newport and Donnington Young Labour with a few friends, raising money for local charities such as Telford Young Carers to help support those who were being left behind. From this, it was a natural progression to run for the local council, hoping that I’d be able to help more people that way and provide a voice for those who otherwise may not feel represented. Politicians are too often viewed as being removed from the reality of day to day life and I feel that I am perfectly placed to be able to offer a real alternative to the sort of complacent politics that for too long Newport residents have had to put up with.

Young people are under represented in Telford & Wrekin Council. Why do you think that is?

I think nationally younger people have felt disengaged with the political process and have suffered accordingly. EMA grants stripped, tuition fees trebled and the rise in zero hour contracts has all come from younger people not exercising their right to vote and to have their concerns heard by those that have the power to improve their lot. Educationally there is a lot of work to be done to help young people understand that their vote matters and that we all have the power to affect real change in the society that we live in. I’m optimistic that young people seem to be finding their voices and am really excited by the climate change school strikes that are sweeping the world, forcing politicians to sit up and recognise that their reckless environmental policies will have consequences that will far outlive them. Hopefully more and more young people will get involved in politics and the chants of ‘oh Jeremy Corbyn!’ on a night out will develop into community activism in the day.

Of course most policies affect young and old residents, but what is high on your agenda that concerns younger people in the Borough?

Obviously my highest priority, as it should be for everybody across the borough, is to keep our A&E open at the Princess Royal, along with our Women and Children’s unit. Telford and Wrekin’s younger population are far more likely to require emergency treatment and we should all be doing everything in our power to keep those services open. Our government has to do more than continue to make empty promises to keep our hospital services open and must now consign Future Fit to the dustbin of history and invest properly in our health service. I really hope that for the health of all of us across Shropshire and mid-Wales both of our hospitals can attract the high quality doctors and nurses that we so desperately need. I hope that as a borough councillor I will be able to make Newport and Telford a brilliant place to work and live, ensuring that good healthcare can continue for all of us!

What are you hearing on the doorsteps?

Away from the chaos that is Westminster politics at the moment, people have been really supportive of our Labour run local council, recognising the great work that our council has done in the face of destructive government cuts, improving our swimming pools, gyms and libraries where other councils have been forced to sell them off just to stay afloat. Personally, people have been impressed with the wide range of local projects that I’m involved in, from Dementia Friendly Newport (the first scheme of its type in the UK) to Sustainable Newport, reducing our reliance on plastics and highlighting the need to think about how our day to day actions are effecting the environment, to leading the fight to keep the Navy Club open (a brilliant community venue that hosts our food bank as well as various charity fund raising events) to protesting with veterans for better mental health provision at Combat Stress, to community litter picks, to helping to organise the Newport Carnival. I keep myself as busy as I can do and people are genuinely impressed with how much I’ve been involved in, especially as so many people I speak to aren’t even able to name their local councillor! People are rightfully frustrated with our government for many different reasons and there’s a real danger that that frustration will lead to apathy and disinterest in politics at all levels. I hope to show that there are hardworking councillors out there, determined to do all that they can to improve the community that they live in.

What advice would you offer to anyone reading this, wondering if they should get involved in local politics?

My advice would be absolutely get involved!! The more people put into their communities the more everybody gets out of it. I can understand how easily it is to be put off by the toxic state of so much social media, especially twitter, or to think that you can’t make a difference, but you don’t need to shout the loudest or win the most late night online arguments to do real good for people. Do what you can to help others, stand up for what you believe in and the hours spent in meeting rooms will all be worthwhile.

Thanks Tom, hopefully another interview next week.

Same time next week but until then, do you think knocking on your door will encourage people to vote for you?

Footnote. Best on the doorstep photo this week: Cllr Nicola Lowery with a chonky boi. More pets in your photos please. 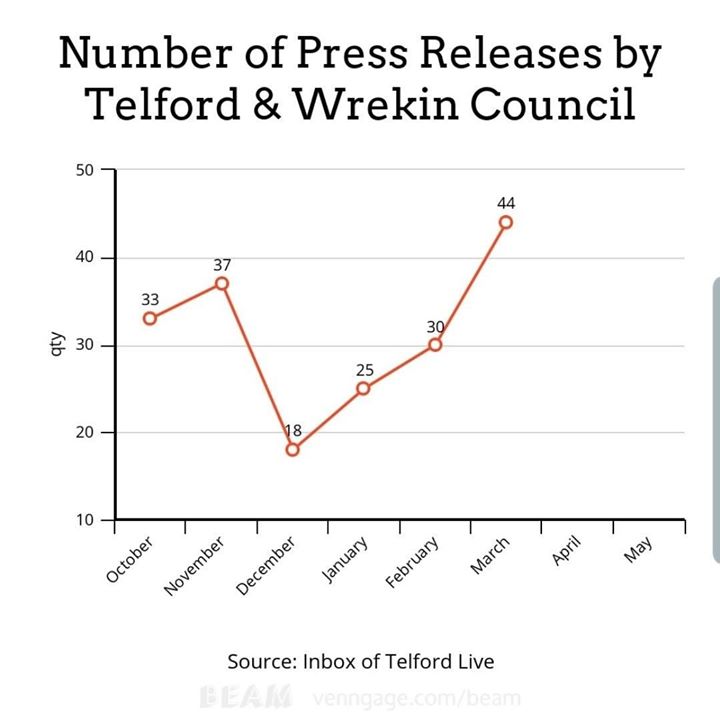 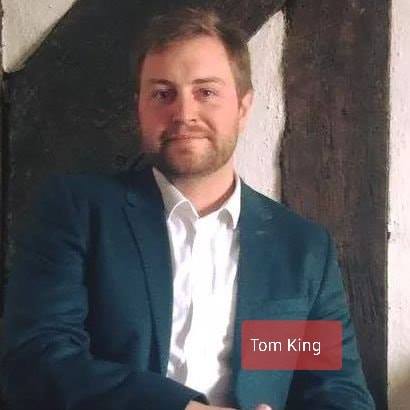 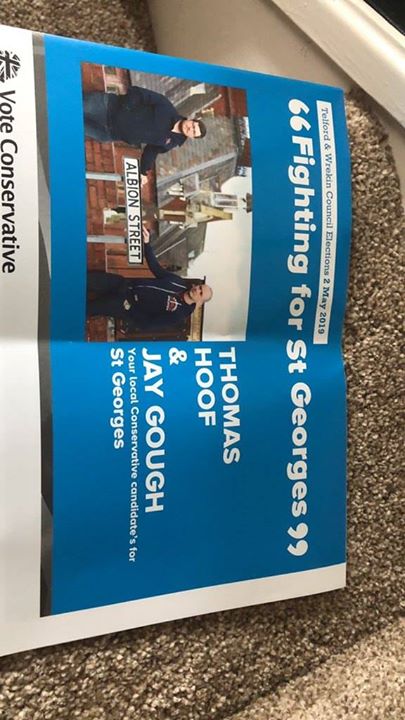 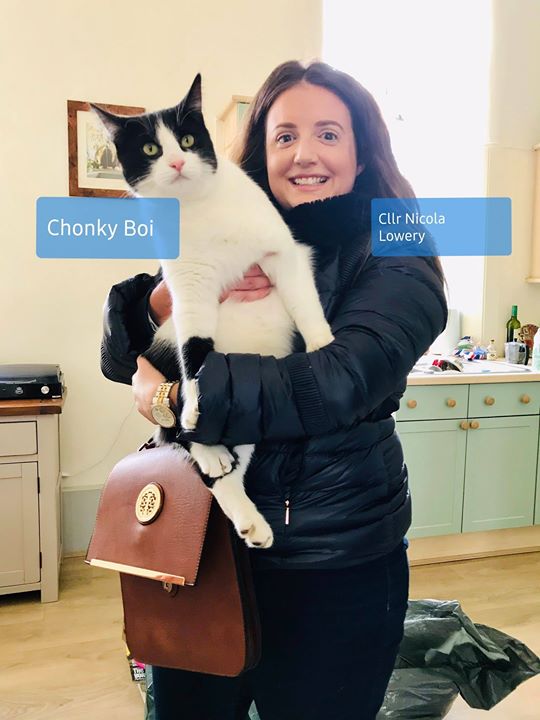