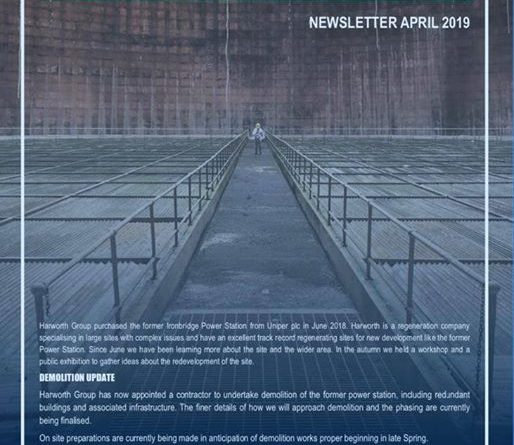 Harworth Group has now appointed a contractor to undertake demolition of the former power station, including redundant buildings and associated infrastructure. The finer details of how they will approach demolition and the phasing are currently being finalised.

On site preparations are currently being made in anticipation of demolition works proper beginning in late Spring. Harworth Group has been continuing to liaise with key stakeholders, including Shropshire Council and the Environment Agency, about the demolition and will continue to do so throughout its estimated two-year programme. Further details on the programme will be provided at the next public consultation for the site’s redevelopment at the back end of Spring.

Harworth is a regeneration company specialising in large sites with complex issues and have an excellent track record regenerating sites for new development like the former Power Station.

Since June, Harworth have been learning more about the site and the wider area. In the autumn they held a workshop and a public exhibition to gather ideas about the redevelopment of the site.