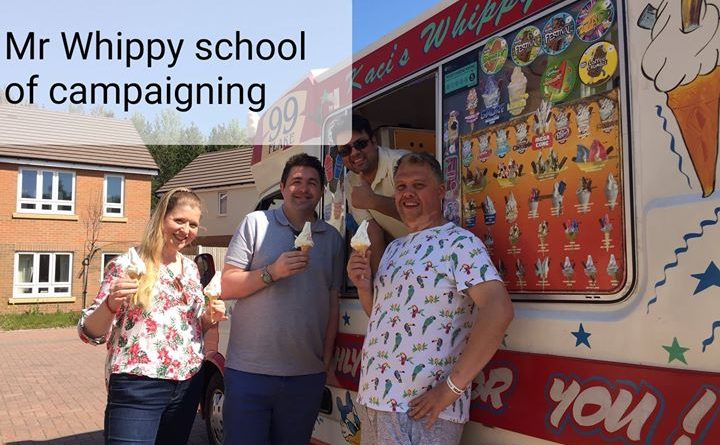 I had planned to start this weeks installment with a request for you all to have a thought for the poor prospective Cllrs trudging the streets of our town, pushing leaflets through umpteen doors in the sweltering heat. Then I saw a photo of Cllr Shaun Davies and fellow Cllrs getting a Mr Whippy and my empathy faded!

Crossing the floor
When a politician crosses the floor, it means to leave one party and join another. The leavers are lauded by the party they join, in a ‘seen the light’ kinda way. The party left behind tend not to look so favourably on the defection.

Ex-Mayor Cllr Kevin Guy (was Lab for Woodside, now Lib Dem and has moved away) came under such criticism from ex-Mayor Cllr Rae Evan’s this week, with regards to his absence from the South Telford Estate of late. Cllr Guy responded with a ‘You came to my wedding, I thought we were friends’, type tweet, subsequently deleted when Cllr Evan’s pointed out he had continued to take his not insignificant Cllrs allowance for the last 9 months whilst seeking election in Bath.

Keep the noise down
Cllr Tim Nelson in Newport has been reported as trying to stop some kind of ‘Noise Off’ at the Motorfest Show being held at the Deer Park today and tomorrow (£8 – tickets on the gate 10:30am start). From what I can gather it’s where car enthusiasts compete to see who has the loudest car. Organisers told the Shropshire Star that it would only be for 10 mins, and they even checked with the land owners that the deers would be OK.

I do hope that should the Tories win control of the Council on May 2nd, they don’t offer Cllr Nelson the Cabinet post for Fun & Entertainment.

You say Dawley, I say Horsehay
Let’s call the whole thing off. At least that was the hope from the Tories Detective Chief Inspector of Facts, Tamara Wood (herself standing against Cllr Shaun Davies in Malinslee). Current Mayor, Cllr Raj Mahta has put himself up for the Borough Seat in Horsehay & Lightmoor, and also Great Dawley Town Council. Nothing wrong with that, but on the Ballot Papers, Cllr Mehta has included the town name of Dawley on the Dawley ballot papers and the town name of Horsehay on the Horsehay & Lightmoor one.

I’ve been in Raj’s house (not weird – it used to be a pub) and it’s address is classed by the Royal Mail as Dawley, but by locals as Horsehay. So close, that anyone would think it didn’t really matter. A clumsy attempt to try and win a couple of votes, or a mistake?

Word on the street is that he’s not the only one to have done this.

Close Encounters of the furred kind.
A few weeks ago Cllr Nic Lowery met Basil the cat and this week we have a couple more to share with you.

Cllr Shana Robert’s dog, Elvis, even has his own manifesto.

Once again, Cllr Lowery has been pictured with a pet, however in one of the pictures, I was worried she might have actually killed it!

More of this please.

The Telford Journal
The ‘wraparound’ is a fake cover they occasionally sell for advertising. It’s impressive. Four sides you simply can’t miss and it has been utilised by both Conservatives and Labour to get their message across.

I noticed this week that the paper has had a makeover, but the majority of the comments were from Telford residents saying that they hadn’t seen one for ages.

I do hope the parties didn’t pay too much for the advertising.

Footnote: Only 2 more weeks of this to put up with! 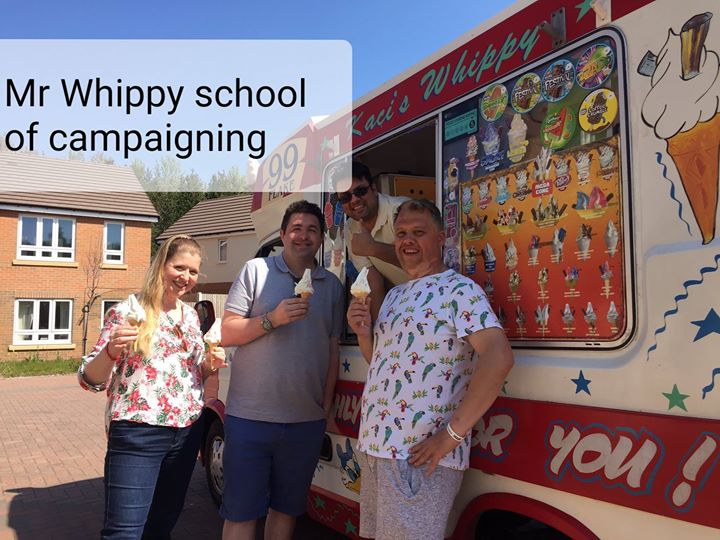 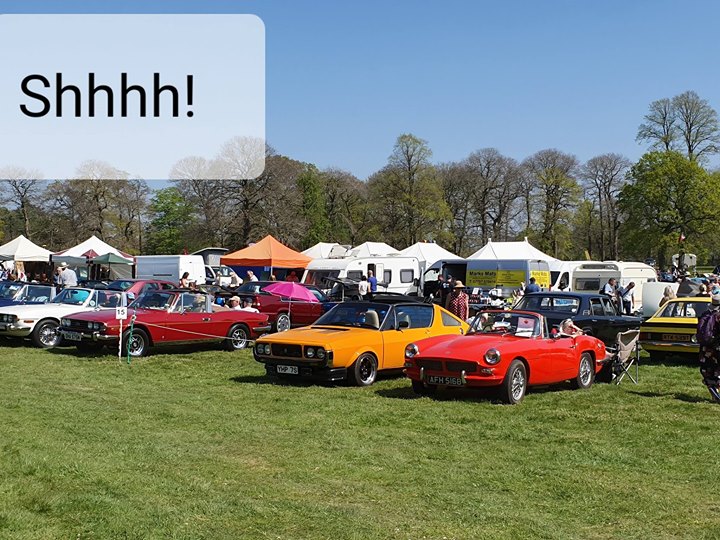 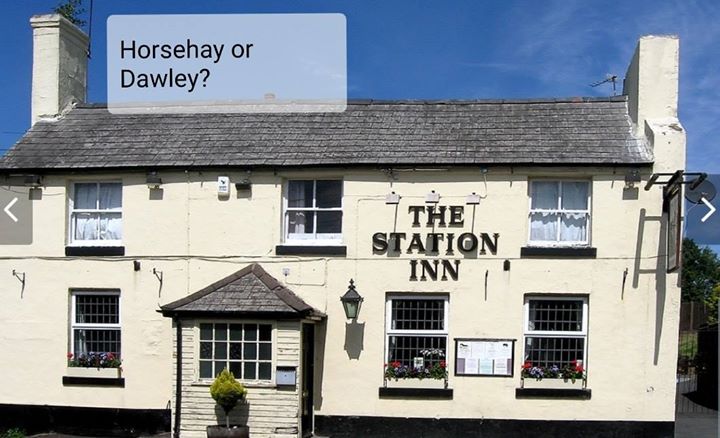 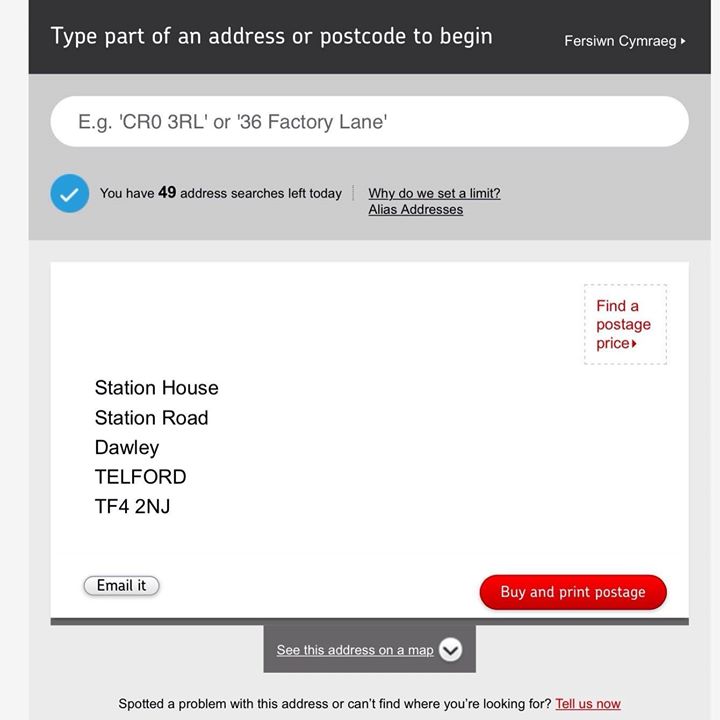 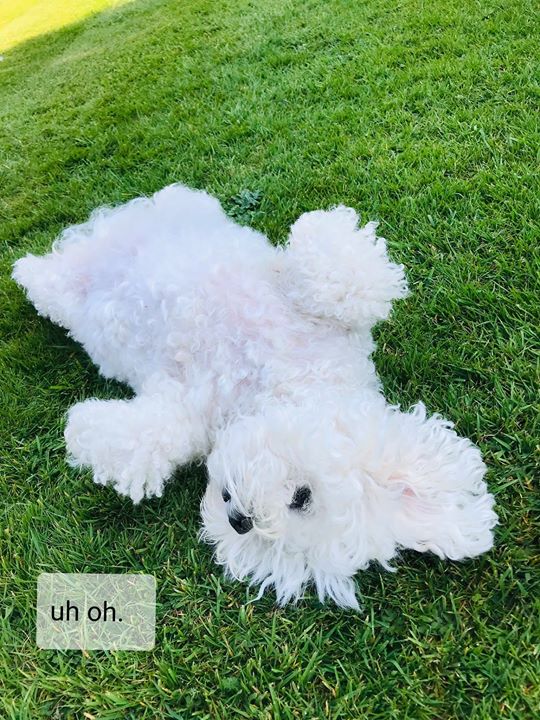 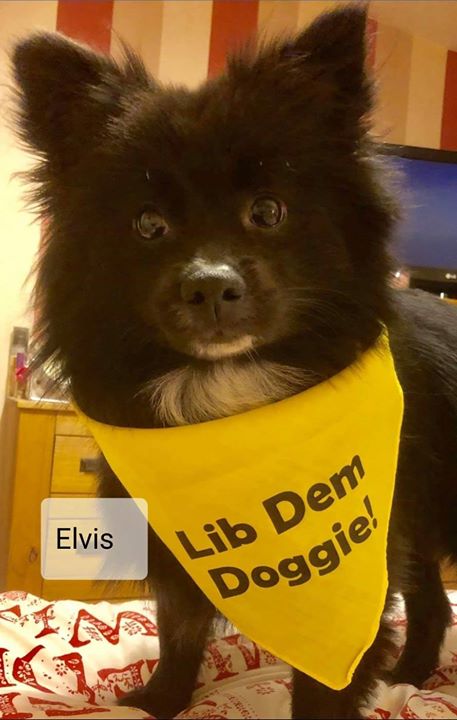