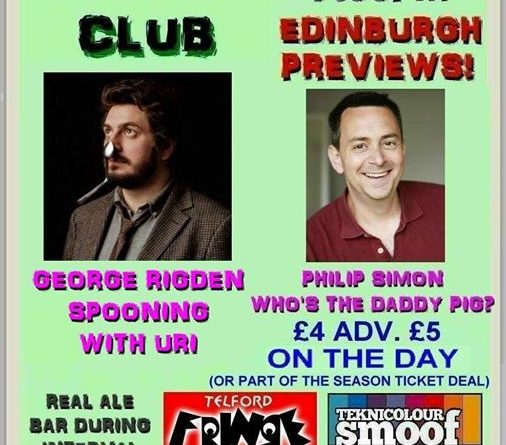 George Rigden
“As a child I was friends with Uri Geller. My Edinburgh show is the bizarre but true story of that friendship.”

Philip Simon
“Before becoming a stand-up comedian Philip played Daddy Pig in the theatrical hit Peppa Pig. Now he’s a father, he’s finally found a use for everything he’s learnt from “The Expert”. Join him for some award-wining stand-up comedy about dating, parenthood and, of course, Peppa Pig…not for little Piggies! Philip Simon has been seen/heard on BBC 1, ITV, Channel 4, Radio 2, Radio 4 and Radio 4Xtra & has also written for Mock the Week.” 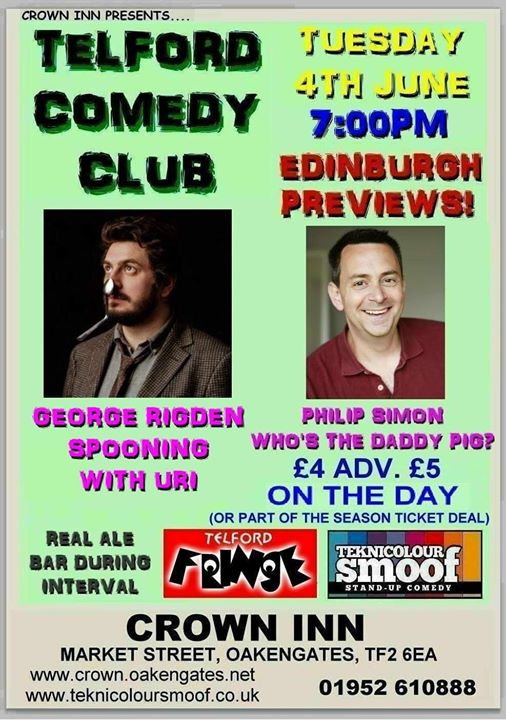 One thought on “Don’t laugh, but Edinburgh Fringe comedians are doing new material in Telford”