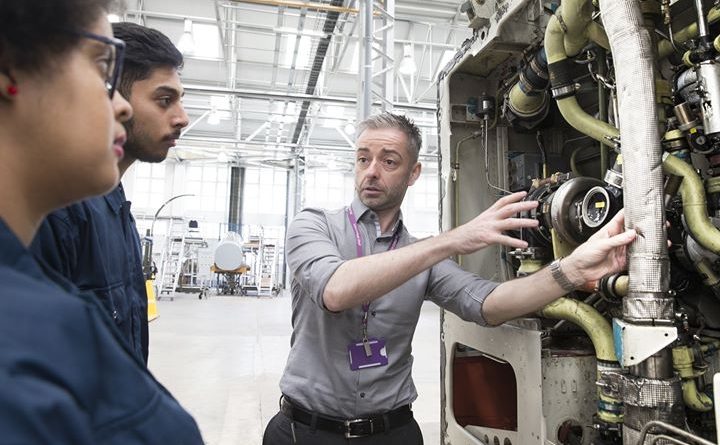 An experienced engineer who spent more than 20 years in the RAF has been appointed to head up Telford College’s new aviation courses.

Robert Lees, a former instructor at RAF Cosford, is the learner manager for the level two and three aviation engineering courses which begin in September.

Enrolment is well under way for the initial 100 places on the Telford College programme, with interest coming from budding engineers across the West Midlands.

Scottish-born Robert has moved to Telford College from a previous role at Walsall College, where he spent five years teaching manufacturing engineering.

Prior to that, he had a long and successful career in the RAF, starting as an aircraft mechanic at Lossiemouth in 1993, before working his way through the ranks to corporal and sergeant – and eventually taking an instructor’s role at RAF Cosford where he worked for more than six years.

He said: “This Telford College job is a dream role which brings the two sides of my previous working life together, blending military and civilian sectors. These courses encapsulate everything I’m passionate about.

“I’ve been out there, travelled the world and met some fantastic people along the way – that’s the kind of lifestyle which these aviation courses can potentilly open up for young people. There are so many opportunities.”
The Telford College courses are being run with the backing of the Aviation Skills Partnership, which has links with major airlines including Ryanair.

The curriculum is being aligned to deliver the kind of specific aviation skills which both commercial and civilian airlines are currently seeking.

Robert said: “Some people might think this is a niche sector to be in, and that you have to live near an airport, but for every aircraft that is flying, there are hundreds of companies that need to be properly staffed, to keep them in the air.

“So although this kind of qualification will certainly allow you to work in an airport, that’s just a small part of it – it will also give you a road into a much wider aviation industry support network.”

Traditionally, the airforce has fed the aviation engineering industry, but with serving RAF numbers shrinking, Robert said the pathway was drying up.

“That’s where graduates from courses like this come in, to fill the gap. In 10 or 15 years, if this shortage is not addressed by places like Telford College, there are going to be serious problems finding people with skills which the industry needs.

“It’s fantastic that we are getting people coming to us from across the West Midlands – places like Wolverhampton and Stafford. They are realising that they can’t get this kind of training anywhere else.”

So what sort of person will these new courses suit? Robert says: “People who like working with their hands, and like working outdoors, because especially in the early years they will be flightline mechanics. It’s for people who are serious about wanting a career in aviation.

“It’s not going to be an easy course, because aviation is the pinnacle of engineering. Maths and science will be a big part of it, and we are looking people with integrity, dedication, and a good work ethic.”

He added: “There is a big drive towards the use of virtual reality – a lot of the course’s elements can be covered in this way.
“But there is never going to be a substitute for getting your hands dirty, and working on real aircraft – the smell of the jet fuel, the noise of the engine, is an experience like no other.

“The close bond and the links we are developing with the RAF is something that nobody else can offer. It’s the thing which really sets us apart.

“We are looking to create a pathway where our students can feed into the RAF, and where they recruit for their vacancies straight off our courses.

“There is genuine excitement over this partnership between the college and the RAF. I know the kind of facilities they have got, and the opportunities that are out there. I can’t wait to get started.” 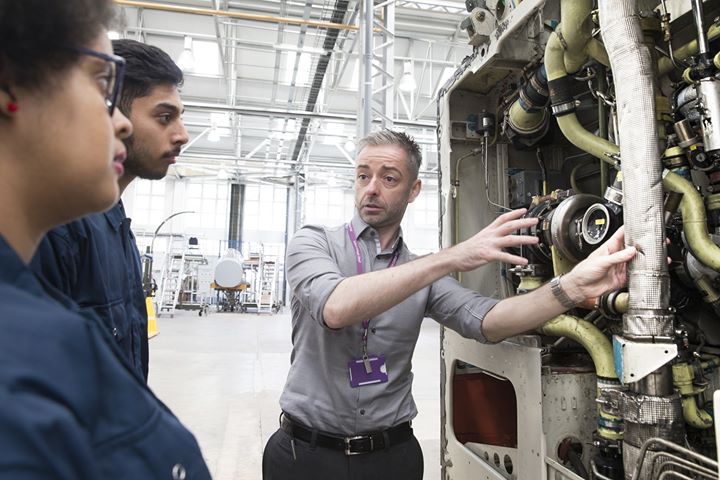