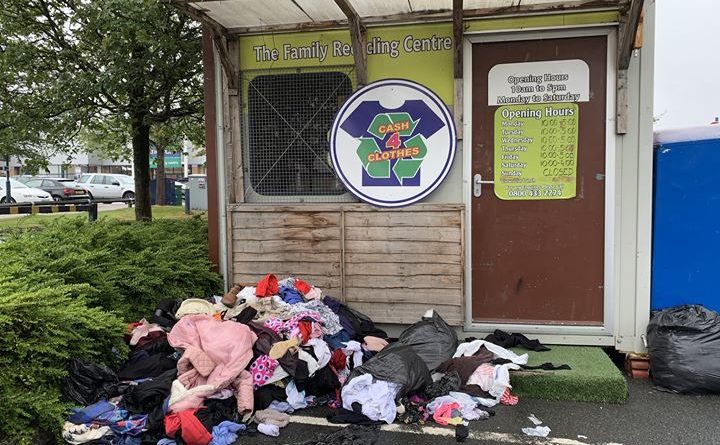 Part of Telford Bridge Retail Park (the one where B&Q and Pizza Hut is) has been left like a teenagers bedroom following the insolvency in May of the Cash4Clothes business.

The recycling hut offered money for people who took old clothes for recycling, but tracking the phone number back shows that the business behind the brand, Thistle Recycling Solution Ltd was declared insolvent in May of this year.

The pic was taken today by Mr Browne, but the business has not operated for some time. Mr Knudson who works nearby told Telford Live that the shed had not been operational for three months or so.

At the same time the Glasgow based firm was declared insolvent, an award was made against them for discrimination of a pregnant employee in their Middlesbrough store of £14384.80. 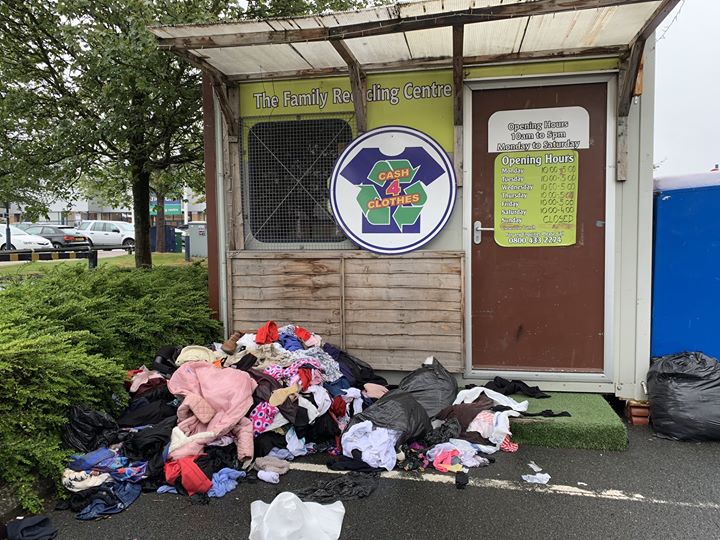 23 thoughts on “Mess left behind as Clothing Recycling business unravels”