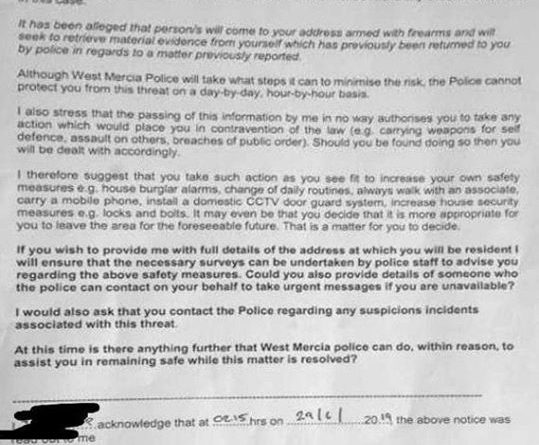 Telford Family in danger of armed raid by thugs to retrieve evidence.

The notice, called an Osman Notice, are used when there is intelligence of the threat, but there is not enough evidence to justify the police arresting the potential murderer.

It is understood that the evidence includes mobile phones that were taken in evidence and later returned to the family.

The revelations come just two weeks after the father of the groomed girl gave a harrowing video interview to ‘Danny Tommo’, showing the phones still in evidence bags. Danny Tommo shared the picture of the warning notice, claiming to have been given it by the family.

Local anti-grooming group NAGAH have helped to provide home security devices, and members of the family have already left Telford. 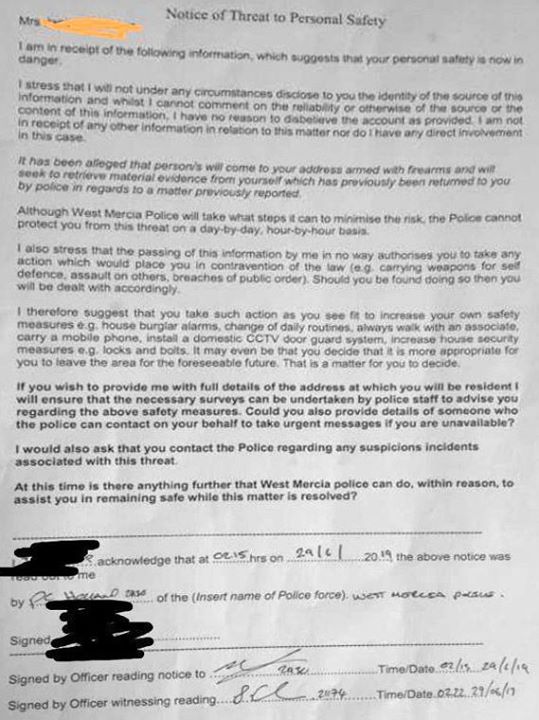 13 thoughts on “Telford Family in danger of armed raid by thugs to retrieve evidence.”