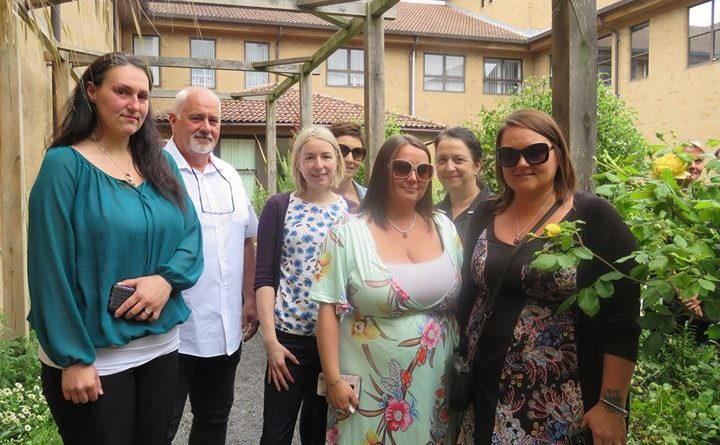 Pharmacy staff at the Princess Royal Hospital (PRH) in Telford have planted a remembrance rose tree in memory of a much-loved colleague.

The tree was planted in the Garden of Tranquillity in memory of Julie Dawe, who worked as a Pharmacy Assistant Technical Officer at PRH for 15 years. Julie died last year after a short battle with pancreatic cancer.

Julie’s family, including her husband William and daughters Emma, Jenny and Becky, joined her colleagues to plant the yellow rose tree in the garden, which is overlooked by the Pharmacy Department.

Vicki Jefferson, Operational Head of Pharmacy (PRH) at SaTH, said: “Julie was not only a valued member of the team with a great sense of humour, she was also a really good friend to so many of us and we miss her terribly.

“When she passed away after such a short time it had a huge impact on the team. I don’t think there’s any one of us who didn’t reflect on what’s important in our lives and how precious life is.

“As well as dispensing medicines direct for patients, part of Julie’s time here was spent helping to ensure that wards and departments had the medicines they needed. She was therefore known not just within pharmacy, but by many other staff too.

“We wanted to do something to remember her and as she looked out on to the garden from Pharmacy, it was the perfect spot for the tree.”

The Pharmacy team have also been fundraising for Severn Hospice which cared for Julie and her family.

Vicki said: “The Severn Hospice provided wonderful care to Julie and her family in her last two weeks. As a pharmacy team, we wanted to raise money for the hospice in memory of Julie so that others would be able to benefit from that vital care and support.”

The team’s fundraising has included cake sales, raffles, a colour run and a sponsored silence, while one of the technicians, Ann Ridgway, ran the London Marathon raising £4,165. The team also took part in the Shrewsbury Dragon Boat Festival, supported by Julie’s family. 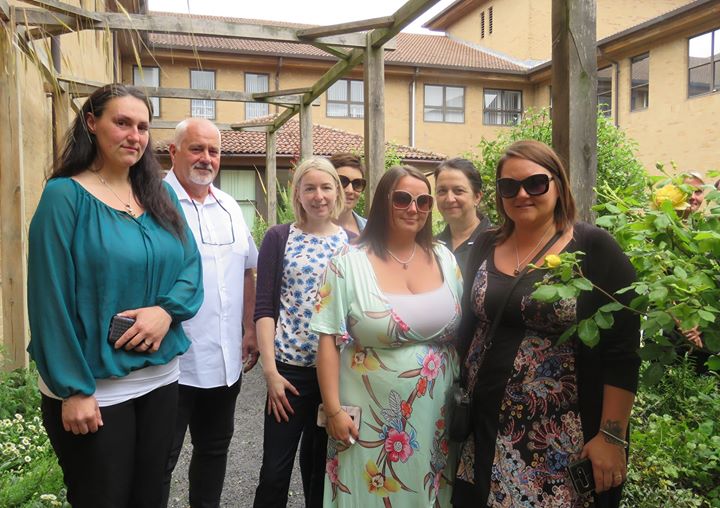