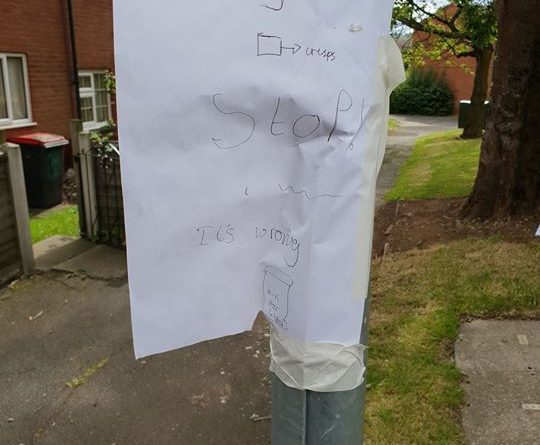 A childs poster in a fly tipping hotspot has won the praise of Stirchley & Brookside Parish Council. In 2016/17, Burford & Bishopdale topped the list of reported fly tipping across the Borough.

The poster, taped to a lamp post in Brookside urges fly tippers to ‘Stop – It’s Wrong’.

Cllr Shana Roberts told Telford Live, “Fly tipping is a major problem in Brookside and many campaigns and initiatives have been run to tackle this issue.”

“It gives me hope to see our young people standing up for their community and saying ‘no more’. Before the school term ended, Keith Whitton, on behalf of Brookside Big Local and the Stirchley and Brookside Parish Council, visited local primary schools to talk about the environmental impacts of fly tipping and the children were overwhelmingly engaged and motivated to stop people from littering.”

“It is humbling to see these students demonstrating their passion for real change on their doorstep.”

Does your area suffer from Fly Tipping? What should we do about it? 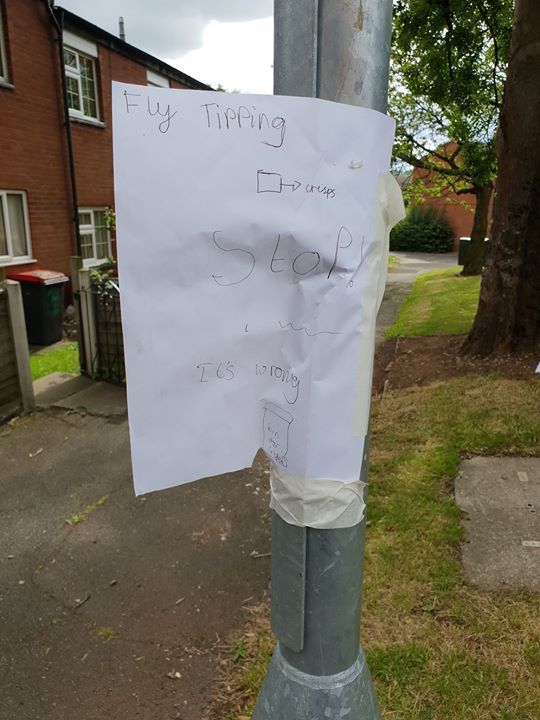