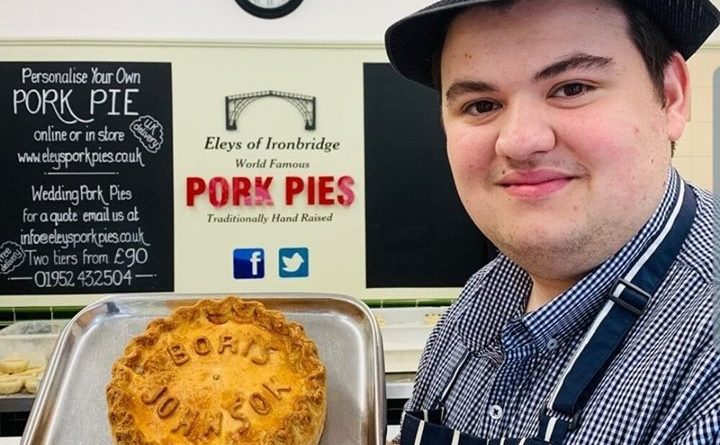 Pork pies are top of the menu when it comes to US-UK trade negotiations, and one Ironbridge business has stepped forward to show what the area has to offer.

Prime Minister Boris Johnson suggested that restrictions around pork should be relaxed, as he spoke about trying to “prise open the American market” by removing restrictions on UK exports. The Prime Minister said it was unfair that the popular pastry was available in those countries but not in America.

Mr Johnson said: “It’s not just beef or lamb that is currently banned from entering the US, in spite of their commitment to overturn that prohibition in 2014”.

Eley’s of Ironbridge decided that it may be able to help out with negotiations with President Donald Trump by sending one of their own pies, branded with the Prime Minister’s name, to 10 Downing Street.

Business owners Richard and Tom Eley at Eley’s of Ironbridge sent a letter to Boris Johnson:
“We at Eley’s recently heard that you were having talks with President Trump regarding exporting Pork Pies to the USA,” the letter said.

“We thought we would send you your own Eley’s of Ironbridge world famous personalised pork pie which may improve the ‘pork pie export’ negotiations with the USA.

“We have been manufacturing and hand raising pork pies to a secret family recipe for over 50 years in our shop opposite the world-famous Iron Bridge in Shropshire.

“May we also take this opportunity to wish you all the very best on your Brexit negotiations.”

Former Borough Councillor Nicola Lowery and Chair of the Telford Conservative Association has also written to the Prime Minister Boris Johnson in support of the initiative shown by Eley’s of Ironbridge and invited him to visit Eley’s in Ironbridge: “Eley’s of Ironbridge have been manufacturing their world famous hand raised traditional pork pies for over 50 years and it is wonderful to see this historic family business promote what the Gorge has to offer and the best of British produce. I have written to the Prime Minister in support of his proposals to remove restrictions on UK exports as part of his negotiations with the US and to encouraged our Prime Minister to visit Eley’s of Ironbridge to see first-hand the traditional manufacturing techniques and sample the range of pork pies available made in the heart of our World Heritage Site here in Ironbridge.

“It is fantastic to see the proactive approach that Eley’s of Ironbridge have taken in contacting our Prime Minister as there is a possibility that pork pies could be safely exported frozen to the US and I fully support our local businesses taking the initiative to promote our products and creations on the global market”. 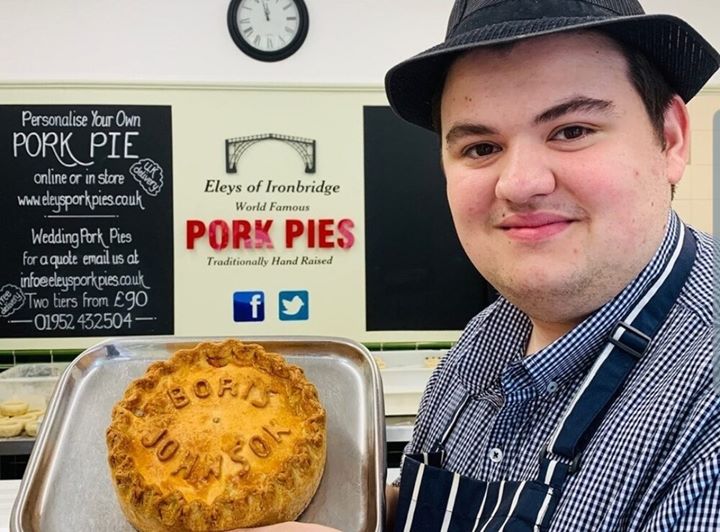