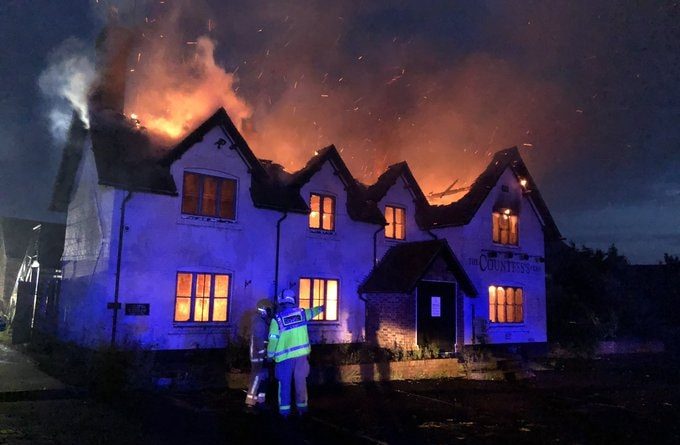 West Mercia Police is appealing for witnesses or information following a suspected arson at a pub in Shropshire.

The incident happened at The Countess Arms, Weston Heath in Shifnal in the early hours of the morning on Monday 12 August 2019. It is believed that three fires at the location, including in the pub itself may have been started deliberately and the incident is being treated as suspected arson.

There were no reported injuries.

PC Tony Smith said: “An investigation has been launched and officers have been carrying out local enquiries.

“If anyone witnessed the incident which we believe occurred between 2am and 4.30am, has any information or may have dash cam footage running in their vehicle at the time of driving past the pub which is on the A41 just south of Newport, please call West Mercia Police on 101, quoting incident number 55s of 12 August 2019.”

Information can also be given to the independent charity Crimestoppers anonymously on 0800 555 111 or via their website.