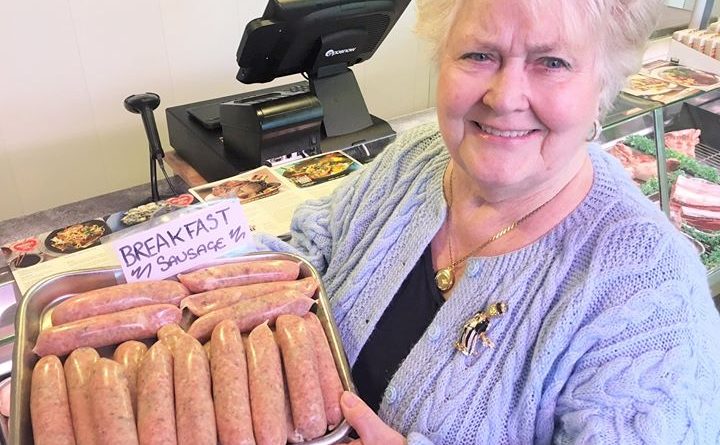 Want to see your sausage put up for sale?

The Great Shropshire Sausage Challenge is back . . . but this year, the competition has a distinctly Brexit flavour.

Telford-based butcher G.N. Badley & Sons is once again challenging people to come up with new sausage recipes, which will be produced and put up for sale.

It’s all part of UK Sausage Week, which runs from October 28 to November 3 – the week when the UK is due to leave the European Union.

“We thought the competition ought to have a Brexit flavour this year, in recognition of the date clash – so we’ve changed the rules a bit,” explained managing director Simon Badley.
“For the 2019 competition, we’re looking for people to give us either their favourite sausage recipe made from British ingredients, their favourite which includes more European influences – or ideally, one of each.”

“We’ll then be picking the most popular or inventive recipe from each category, and creating them to put on sale at our store in Gibbons Road, Trench, as a special Brexit sausage recipe twin pack.”

The people behind the winning entries from each category will get a pack of the sausages, made with their chosen ingredients.

Last year’s competition was a huge success. The winning recipe was created by Sylvia Davies, from Donnington, who came up with a full English breakfast in a banger – Lincolnshire pork, a mix of smoked and unsmoked bacon, and egg.

It was put on sale at the G.N Badley & Sons shop during UK Sausage Week, and has remained part of the store’s menu ever since. So far, more than 10,000 of the sausages have been sold at the Trench store.

Mr Badley said: “The great British sausage remains hugely more popular – and that’s partly because there have never been so many different recipes for sale.

“We want to offer customers something fresh and different for UK Sausage Week – and that’s why we are laying down the challenge to Shropshire people to come up with an exciting new recipe which reflects the Brexit date.”

It couldn’t be easier to enter. Simply write down your sausage recipe – with either a British or European influence, or both, include your name, address and contact details and some background information about why you have selected it. Then, drop it into the store in 43 Gibbons Road, Trench, Telford, TF2 7JP, or send it to sausageweek@badleysbutchers.co.uk.

Entries must be received no later than September 27. The G.N Badley & Sons judges will then select one recipe to be turned into a special product for sale during UK Sausage Week. The winner will also receive a pack of sausages made to their recipe.

Mr Badley added: “Our current top sellers include sage and red onion, a hot Spanish blend, cracked black pepper, Cumberland, Old English, and a spicy chilli recipe – but you might have something completely different in mind, maybe even with a local theme?”

The family-run team at G.N Badley & Sons is making 120kgs of plain pork sausage every week for sale at the Telford shop – plus a further 10kg of flavoured sausage. All its meat is sourced from Shropshire and Staffordshire farmers.

Director Kay Badley said: “Some meats come in and out of fashion, but this is not the case with the great British sausage. They’re a staple of the British household diet, and demand for more and more gourmet flavoured sausage continues to grow.

“We can’t wait to see what sort of recipe suggestions the people of Shropshire come up with – we’re looking forward to receiving some imaginative and mouth-watering ideas, with a Brexit-themed twist.”

G.N. Badley & Sons, a family-run business which has been running since 1976, currently sells two different flavoured gourmet sausage recipes at its shop each week. 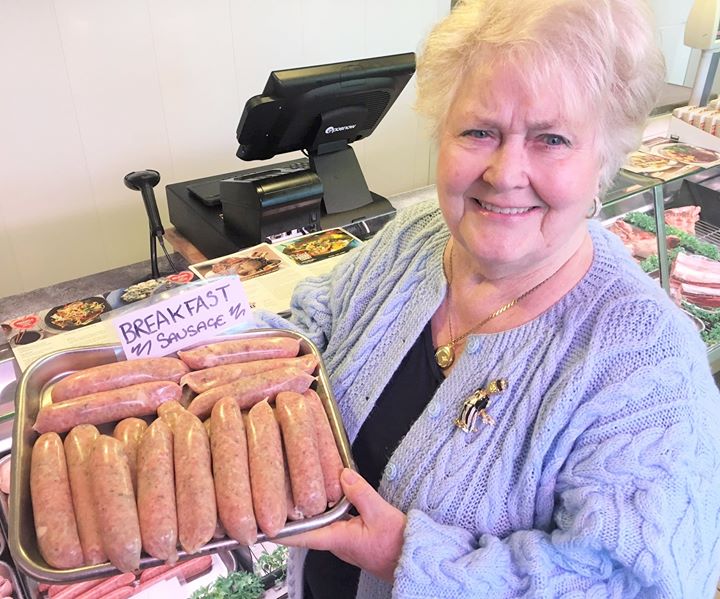