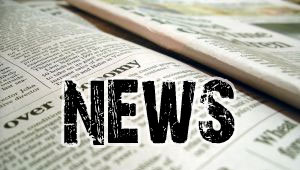 Bosses at a Telford company have donated £25,000 of materials to owners of one of the most visited sites on the Great War battlefields where 20,000 people lost their lives.

J&A Stevenson Ltd will be making bespoke anti-slip flooring for the path around the Lochnagar Crater – the historic site from the Battle of the Somme in 1916. A total of 60,000 people were injured in the battle.

The crater attracts 200,000 visitors a year from around the world including 80,000 schoolchildren on trips.

Stuart and Adrian Stevenson, managing directors of the Tweedale Industrial Estate factory, were contacted by Richard Dunning, the owner of the crater on the Somme, as one of the only companies in the UK to manufacture SureGrip products.

After hearing how Mr Dunning bought the crater to stop it being lost from history and how the Friends of Lochnagar group does not get any Government funding or grants to preserve the site, the company chiefs offered to do the re-surfacing works for free.

They will now design and make the specialist anti-slip floor covering to cover the duckboard path around the crater site which has been posing a hazard to visitors when it got wet due to being on the chalk site.

Adrian Stevenson said: “This site is a major part of British history and attracts thousands of visitors a year.

“Safety is paramount but without any funding safety features on this scale would be difficult.

“We are pleased to be able to help with this project and will be donating the materials which would normally cost £25,000 free of charge.

“Once the work is completed we will know those visitors will be safe.”

The massive crater near to the tiny French village of La Boisselle was blasted open at 7.28am on July 1, 1916 when the British army attacked the Germans with twin charges in two chambers set 18 metres apart.

Captain James Young of the 179th Tunnelling Company, Royal Engineers, pressed the switches and blew the mine crater of La Boisselle. It was to be the biggest of the Great War measuring 137 metres wide.

It had obliterated between 300 and 400 feet of the German dug-outs – all said to have been full of German troops.

Mr Dunning, who bought the site 34 years ago and holds an annual ceremony at the site attracting 1,500, said: “The Crater path, being on chalk gets extremely treacherous when wet which is why the new wooden duckboard path around it has been done.

“However, even this poses problems with the build-up of algae and muddy chalk on the wooden slats over the exceedingly wet winter months.

“The extraordinary act of generosity demonstrated by J & A Stevenson addresses the important safety issues we faced.”

Mr Dunning said they were expecting a record-breaking number of visitors for the centenary commemorations between 2014 and 2018.

Mr Dunning added: “To the many dedicated Friends of Lochnagar who help preserve the site, as well as the many local people and visitors, this news sends a clear signal to them all that there are caring companies out there, such as J & A Stevenson who are willing to show such a spectacular example of generous support that it truly is inspiring to them all.

“At the end of the day, we all share a common aim and that is to ensure that the memory and the deeds of all those gallant young men who fought and fell on the Western Front are honoured and remembered by generations to come.

“From me and on behalf of the many Friends of Lochnagar, I thank J & A Stevenson for their remarkable contribution to helping this unique and vital mission of remembrance.”

J&A Stevenson have won national contracts including works at the temporary Heathrow terminal for the Olympics and to re-fit railway stations across the UK with new handrails.