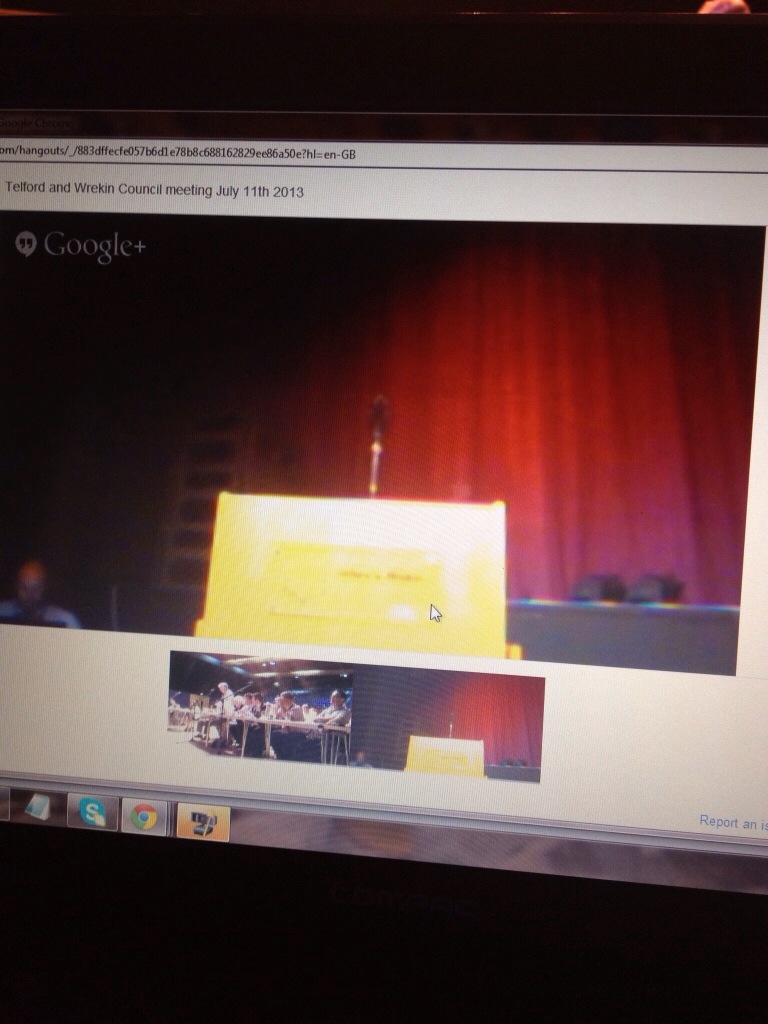 Back at the beginning of 2013, a couple of guys from Telford started filming & live broadcasting Telford & Wrekin Council Meetings after an invite from a Tory councillor. I’d never been to one, so I tuned in. I’m sure they won’t mind me saying, but it was a bit ropey. Citizen journalists with no experience, a zero budget and not council backed, it was bound to be. 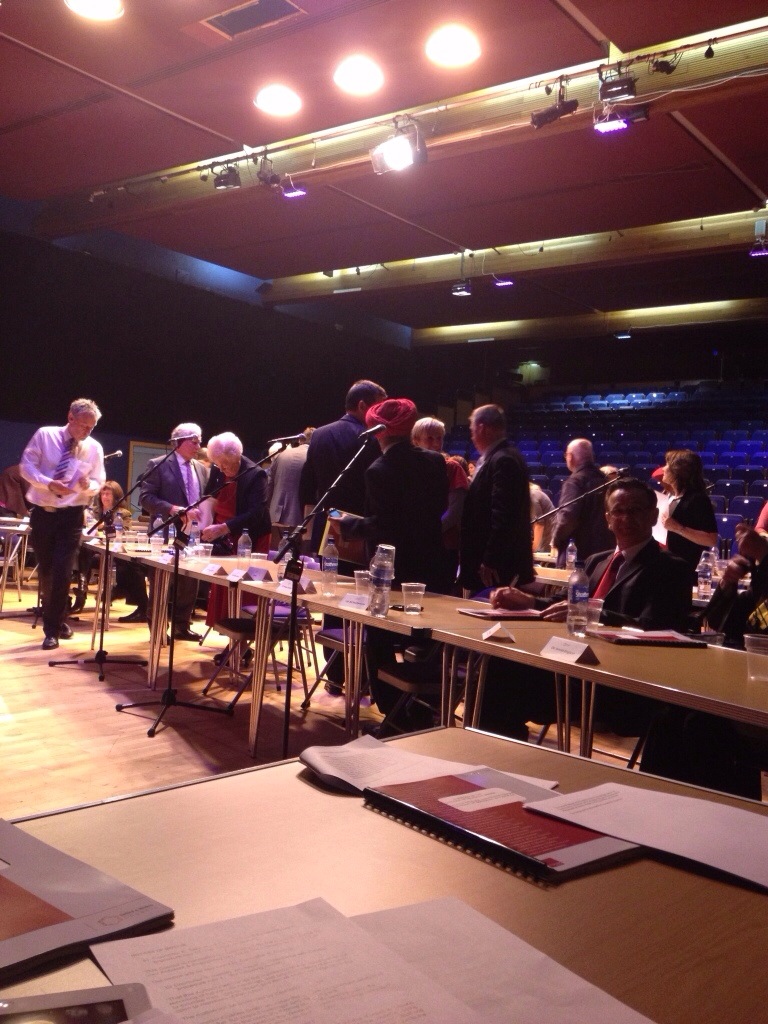 I thought I should trundle along and do some live tweets, lend a bit of sound kit I had access to and be an extra camera position. So I did, and I’ve been a part of the team for the last four or five meetings.

The novelty has rubbed off a bit, and I’ve started worrying less about the tech working and more about the process & democracy at work.

The council meetings take place every 6 weeks or so, either at TCAT or The Place as the council don’t have a proper chamber. The AV teams are always helpful, as is Nigel, the council PR guy who makes sure we have the documentation before the meeting starts and runs through the agenda.

The meetings run like this
-Leader of the Council Reports
-Where has the mayor been
-No Public Questions
-Decisions made since last meeting
-Recommendations from boards, committees & cabinet
-30 minutes of pre-submitted questions by councillors
-Motions
-That’s it.

The motions & questions are where you would expect the debate about how to make Telford & Wrekin a better place to live and any issues that should be aired to the councillors present. Let’s have a look at the motions proposed:

1 Cllr Kevin Guy proposes that ‘This council recognises the unique contribution that British Nuclear Test Veterans and their families, including residents of Telford & Wrekin, have made to the defence of the country. The Council calls on the government to officially recognise the sacrifice of the veterans and families impacted by nuclear tests conducted between 1952 and 1967, the establishment of a benevolent fund and enduring recognition of their service by the creation of a medal, or award, for participants of the test programme.’

Where has this come from? Why is the council calling for this? Can’t they just write a letter? Get the MP involved? I’ll tell you why. The British Nuclear Test Veterans Association have written to all councils asking them to lobby the government. Is this good use of council meeting time?

Once the motion is read out, councillors get the chance to argue their side with the assumption that opposing sides will have differing views. This is happening less & less on many motions. Who would argue that the government shouldn’t recognise the veterans? This should be a case of reading out the motion, and taking a vote. Will it be? Let’s wait and see.

Next motion:
Cllr D White: ‘This council calls on the Government to scrap the Work capability Assessments (WCA) with immediate effect and replace it’….’undergoing the Atos WCA test, having been incorrectly assessed and told to return to work’.

I’ve cut a fair bit out, there is a link at the end if you want to read it in full. I’m expecting some debate here, but the best Cllr White can hope for is a strongly worded letter to Ian Duncan-Smith. Worth the debating time?

Next up: Cllr Eade ‘This Council welcomes the policy ‘u turn’ indicated by the current Administration’s promise to freeze council tax for the following two years in order to help hard pressed council tax payers in the Borough…’

Local issues at last, but this is political ‘I told you so’ point scoring. I’m interested in this one, because a much vaunted residents survey suggestion residents were happy to pay more tax to protect services is seemingly unimportant?

Final motion from Cllr Bentley: “This Council applauds the Government’s proposed multi million pound funding package for the vital work undertaken in the Gorge at Ironbridge.’

The truth is that on the agenda will be no mention of the roadworks that have blighted this town since the summer or the problems with Travellers staying illegally on private land putting local businesses out of pocket and causing disruption.

How about installing a bit of confidence in residents with information preparations for winter on the roads & paths?

Next meeting is this Thursday, fun starts at 6pm.

7 thoughts on “The truth about Telford & Wrekin Council Meetings”