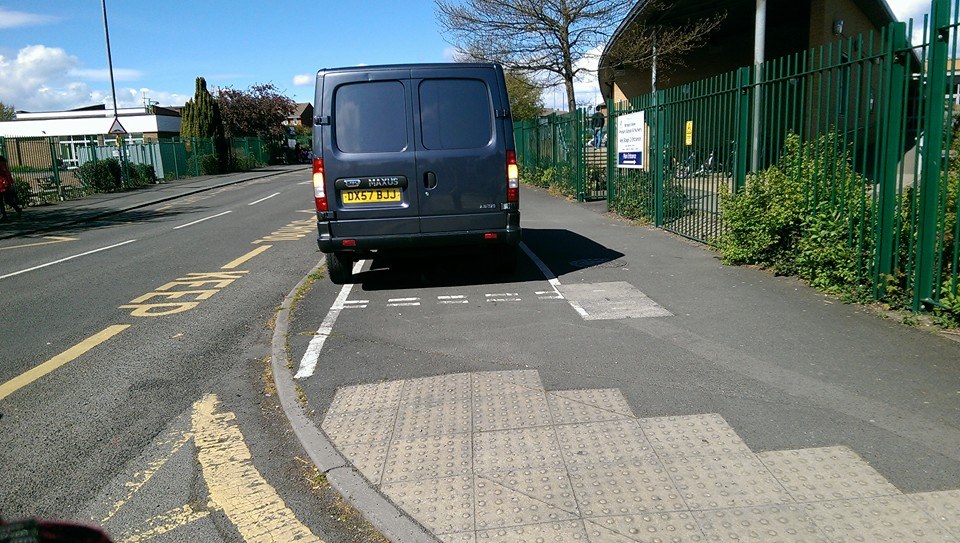 [vc_row][vc_column][vc_column_text]People share all kinds of things with me, and one thing that is getting a lot of people hot under the collar is what I term #crapparking . The #crapparking hashtag on twitter was set up to try and shame drivers into making better parking choices rather than selfish abandoning which we often see.

Parking outside schools is becoming a big issue across the borough.  Parents worried for their childs safety are sending me pictures of parents, taxi drivers and the odd copper (yes, a copper) parked on paths, cycleways, zig zag lines and double yellows outside schools.

Some guilty parents have even commented on Facebook, with lame excuses such as ‘I broke down’, some even don’t care and one comments ‘my kids are more important’.  I’ve even been reported to the police (twice) for sharing these pictures. The vast majority of parents and teachers who comment are simply concerned for the well-being of all the children and parents.

So what can be done?

Long term, better planning and sufficient drop-off collection points could be developed, but that’s not going to help the problem next week.  Here are a few ideas:


Some CSOs are actively patrolling and educating those badly parked. Some even getting letters.  Judging by the comments from those approached on Facebook, this is seen as a joke.  Rather than threatening, it may be the case that for stopping on Zig-Zag lines, the 3 points are added to licences and £60 fines are the only way to educate.

Are the schools doing enough to help & encourage parents find safe places to park?  On North Road in Wellington where St Patricks and Wrekin View schools are opposite each other, parking in Morrisons car park at the end of the road is a safe and convenient option.

2 thoughts on “School Parking: Is it out of control?”