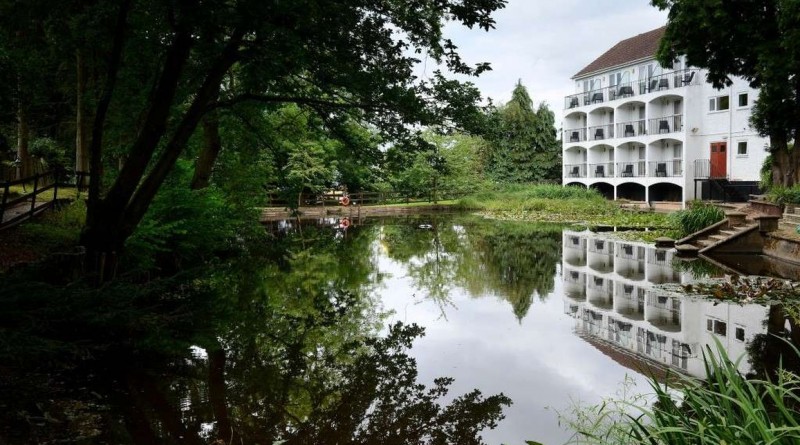 A campaign has been launched to raise £1,000 for medical equipment at a Telford hotel after the general manager at a sister hotel died.

Bosses at the Buckatree Hall Hotel at the foot of the Wrekin want to install an automated external defibrillator (AED) which could help save the life of a guest or walker nearby. The campaign comes after a close friend and colleague at Shap Wells Hotel near Penrith, Cumbria, died after suffering a heart attack in November.

Wayne Jenson, general manager of the Buckatree Hall Hotel, said the tragic events in Cumbria spurred them into action to make sure it is not repeated in Shropshire. He said: “We are a hotel with a heart, a hotel that serves the local community and believes in paying back to that community. “The Wrekin is a popular landmark with locals and tourists, Buckatree Hall Hotel plays a vital part within the vicinity. “It is inevitable that from time to time people will be taken ill on the hills and if we could secure defibrillators in strategic places then we may save lives. “For every minute that passes following sudden cardiac arrest without CPR and effective use of a defibrillator the chances of survival are reduced by about 10per cent.”

Mr Jenson said once it is installed he would inform the police and the ambulance service that the defibrillator is at Buckatree Hall Hotel and available for use. To help raise the £1,000 needed for the defibrillator and accompanying equipment, he has asked groups which regularly use their hotel for meetings such as Shropshire Chamber of Commerce, the Rotary club, Probus club and walking groups to spread the word.

They have also launched a Crowd Funder website where any one can donate and are promoting this with the use of the hashtag #haveahearttelford on Twitter. “This could be a race against time as you never know when equipment like this might be needed,” Mr Jenson added. “So we are asking anyone who can donate anything they are able to as soon as possible, even the smallest of donations will be really appreciated. “We just hope we can get enough donations to get this life-saving equipment.”

Whilst the fundraising target is £1,000, bosses at the hotel have agreed to pledge half of this amount if an initial target of £500 is reached – meaning the defibrillator can then be bought. The group have until September 11 when the Crowd Funder website will expire.