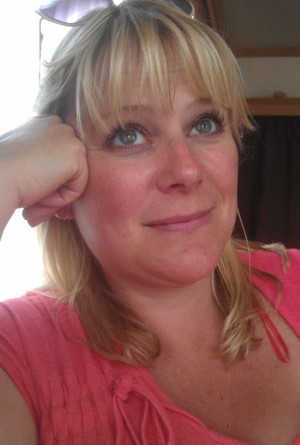 First time author, Emma Cooper from Telford has always been a voracious reader of women’s fiction, but became frustrated by the fact that – more often than not – these types of books appear to be written by wealthier women who live in the city, own a four wheel drive, wardrobe full of Jimmy Choos and designer clothes.  She found that a lot of the content didn’t have any resonance with her as a working class mother, so wanted to write something to cater for this audience. 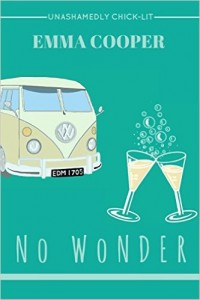 The resulting novel, titled ‘No Wonder’ is women’s fiction, unashamedly ‘chick lit’ and extremely funny.   It is set in Shropshire and more Com-Rom than Rom-Com, in a style that will appeal to fans of books like Bridget Jones’s Diary.

I caught up with Emma, and asked her about her decision to write. “I love to read and have always enjoyed romantic comedies but I’d started to become frustrated that the stories had become predictable and more often than not, were written by middle class women.  As a mother of four, I tend to pick up my books in the bargain basket in the local supermarket and so I wanted to write something for that audience and I’m proud to say that I’ve succeeded.  ‘No Wonder’ is very funny and keeps you guessing throughout.”

Does Emma have any advice for budding authors? “My advice to someone who is thinking about writing a book would be to do it for fun.  Don’t do it if you want to be the next J K Rowling because even with a bestseller on your hands you will probably be rejected by the vast majority of publishers and agents out there (Stephen King was rejected over fifty times!) Writing a novel is a wonderful experience, when you go to sleep chuckling to yourself about a scene you’ve just written or tossing and turning because that last chapter has left you desperate to start the next one, then you know you’re on the way to creating something special.”

One book down, what’s next for Emma? ‘The next stage for me is waiting for the printed version of my book to be released which will be in the next few weeks. It’s currently available either on a kindle or on the Kindle App which can down-loaded on smart phones and tablets.  After that, I’m going to finish writing my next novel which I’m halfway through … my fingers are itching as we speak!”

Finally, the question on everyones lips, if you had to wear a hat every day, what style of hat would you choose? ” If I had to wear a hat everyday I would choose one of those ones covered in fruit because I’m always hungry.  Having said that, my tastes tend to sway towards crisps, chocolate and wine so I would probably have those arranged instead, perhaps not the most stylish of designs but a lot more fun, especially if I had a straw attached to the wine bottle!”

‘No Wonder’ by Emma Cooper has sold over 50 copies in its first week without any promotion, just readers  recommending it to their friends.  It’s available on Amazon here, and you can follow Emma on twitter @ItsEmmacooper