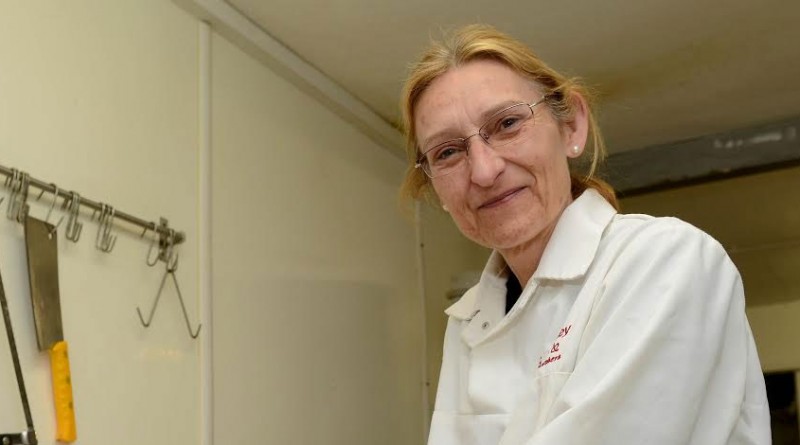 As a national week of celebrating the most important meal of the day kicks off, one Telford business is looking to prove why a traditionally unhealthy food is now being celebrated as good for you.

During National Breakfast Week, which runs from January 24 to 30, bosses at G. N. Badley & Sons are encouraging customers buying their ingredients for a fry up to add black pudding to their basket. The blood sausage has been tipped as the ‘superfood’ of 2016 for it’s health and nutritional benefits – joining the ranks of kale, quinoa, blueberries, avocado and pomegranate. It is being promoted as a great source of iron, potassium, calcium and magnesium. And Kay Badley said they’ve seen more orders for it at their butchers in Gibbons Road, Trench. “People usually come to us for their dry cured bacon and hand made sausages in a fried breakfast, but we’ve seen a few more enquiries for black pudding recently,” she said.

“We’ve read quite a bit about the debate on whether black pudding is actually a superfood, but we’ve decided to put it on offer to give people a chance to decide for themselves. “It contains blood which is a great source of iron and rich in magnesium – but there are of course drawbacks in the fat and salt content. “We hand make them at our shop so we know exactly what goes in it, we’re happy to speak to customers about this and are interested to see if it does anything for them. “It’s great news for our butchers though, which is a one stop shop for your fry up needs – when you’re getting your sausages and bacon try to the black pudding while it’s on offer and report back to us what you think.”

The family butchers will offer 15per cent off 500g of homemade black pudding until the end of National Breakfast Week.

The sausage, which traditionally forms part of a fried breakfast in Scotland, can also be used in scotch eggs, pizza, roasted meats and salad.

Mrs Badley, whose late husband set up the butchers in 1976, said she is looking forward to hearing what customers think. “We’re really interested to hear what first time black-pudding eaters think about the nutritional benefits,” she said. “We have put it on offer so more people can try it, so we’d love to hear back and see if the people of Telford think it should be classed as a superfood.”