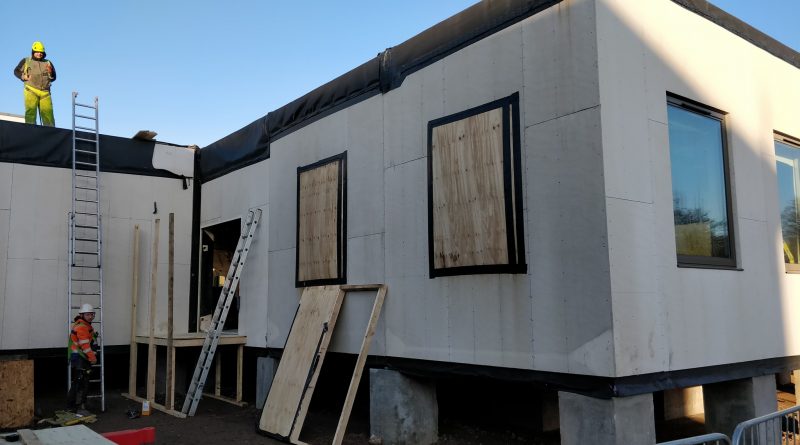 The building which will house a new state-of-the-art Midwife Led Unit (MLU) at the Princess Royal Hospital (PRH) in Telford has been lifted into place.

The new MLU, which is being created next to the Consultant Led Unit, will also allow The Shrewsbury and Telford Hospital NHS Trust (SaTH), which runs PRH, to create additional beds to ease pressure over the winter months.

Wrekin MLU will move into the purpose-built modular building. The area freed up by the move will be used to create a ward which will cater for acute medical patients, creating more space at PRH over the winter period.
The relocated MLU will include a birthing pool and en-suite bathrooms. It has been designed with the leadership team from the Women and Children’s Care Group.

The new unit is being provided by a specialist company that has worked with NHS organisations across the country, including the Royal Derby and Milton Keynes University hospitals.

The modular building was installed on Saturday and Sunday last week, with a large crane being brought onto the PRH site to lift the components into place.

Wrekin MLU is 30 years old. The new facility will be much more appealing to mums wanting a midwife-led birthing experience, while giving women the reassurance of being closer to the Consultant-led unit.

The moves have been made possible after £4 million of capital funding was secured from the Department of Health.

Paula Clark, Chief Executive at SaTH, said: “We are delighted to have secured this funding to improve facilities for mums using our MLU in Telford and to increase our bed space for the winter.

“I know that, to some people, the term ‘modular building’ conjures up images of the old demountable classrooms we had at school, but these modern facilities are about as far removed from that as you can imagine. They are purpose-built with state-of-the-art facilities and look fantastic.”

The new MLU is expected to open in the New Year. 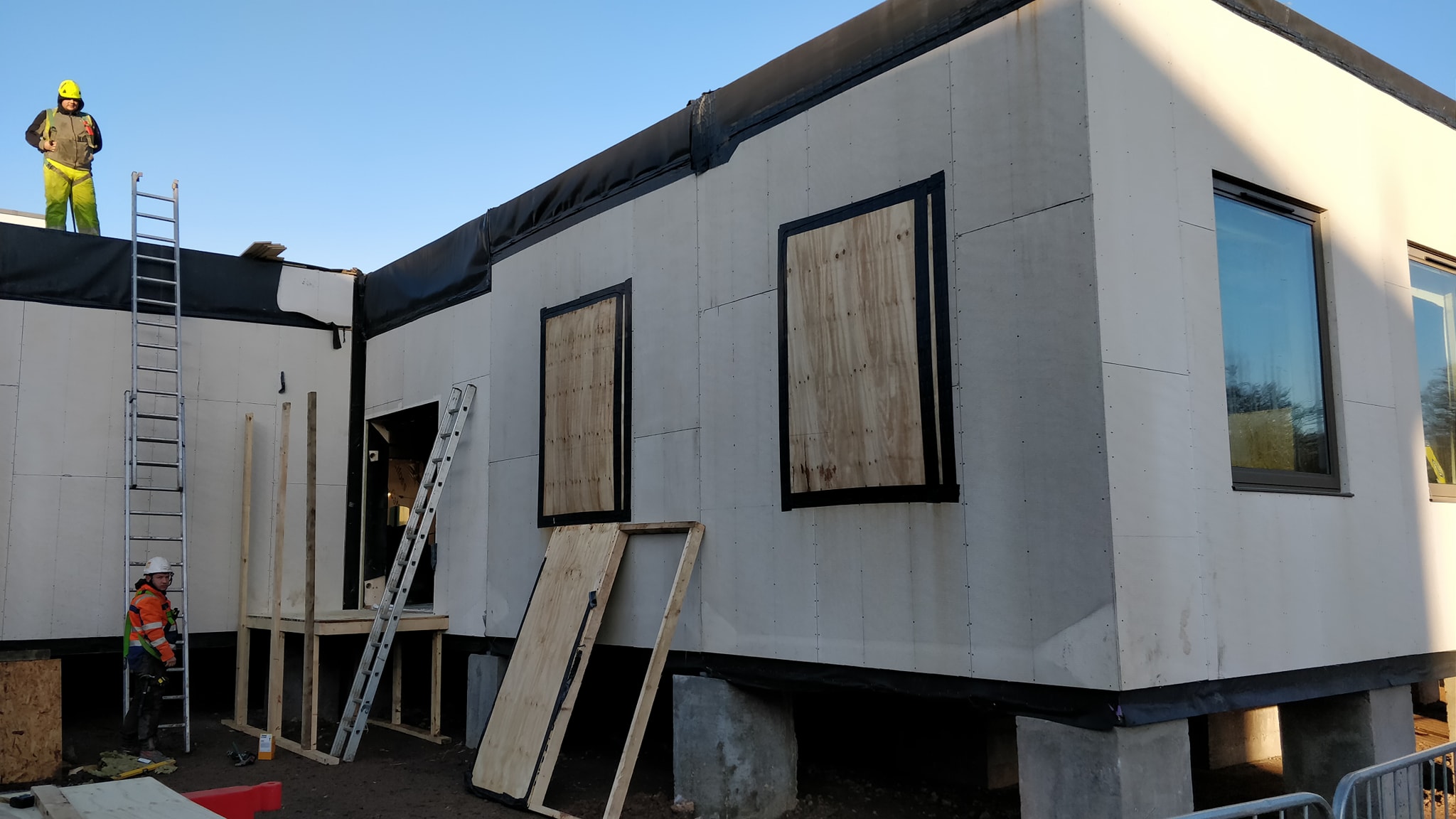