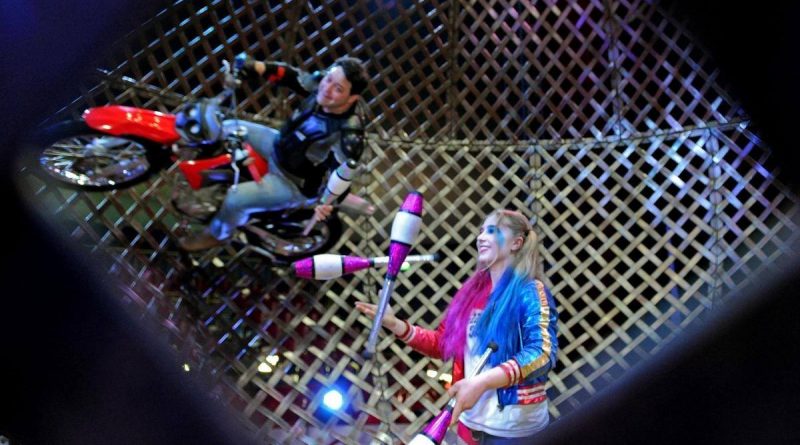 Brave teenage circus performer Nia Nikolova Jones will stand inside the Globe of Death as motorbikes ride around her at breakneck speed.

Unlike most youths her age, Nia is no stranger to real responsibility. At just sixteen years old, she’s decided to take on the ultimate challenge; standing inside the terrifying circular metal cage known as the ‘Globe of Death’ whilst a skilled motorcycle rider literally rides rings around her.

The live performance will take place as part of Circus Funtasia, a modern electrifying show with aerial, acrobatic and comedy performances . This creative contemporary show doesn’t feature any animals, preferring to pick the top human talent from around the world.

“I’ve already had my own juggling act for a few years. But I got bored of playing with hoops, knives, and fire clubs, I wanted to try something really dangerous!” laughs Nia.
“But seriously, I love my job, and I take it very seriously. At the end of the day, circus is all about learning new skills and pushing the boundaries.”

The stunt took careful training with Globe of Death bike leader Vesko Lesev. There are real risks involved in the act, as the bikes travel at speeds of up to 40mph horizontally, vertically, and upside down inside the metal Globe just inches from the teenager.

Circus Funtasia has gained a reputation for world-class stunts over the last few years. Audiences can expect awe-inspiring fire eaters, talented aerialists, jaw-dropping acrobatics, and impressive displays of dexterity from Argentinian Gaucho performers. Engaging and funny front-man ‘The Geek’ offers moments of calm and laughter in between the acts.
Nia also appears in the bill as a bemused Aladdin whose outfits are magically transformed by The Genie. Plus, watch out for her reappearing as Harley Quinn in a fast-paced juggling routine packed with tricks and a foot-tapping soundtrack.

“I guess most people my age would never have the opportunity to do something like this,” Nia explained. “I’m just trying to make the most of what life has given me.” 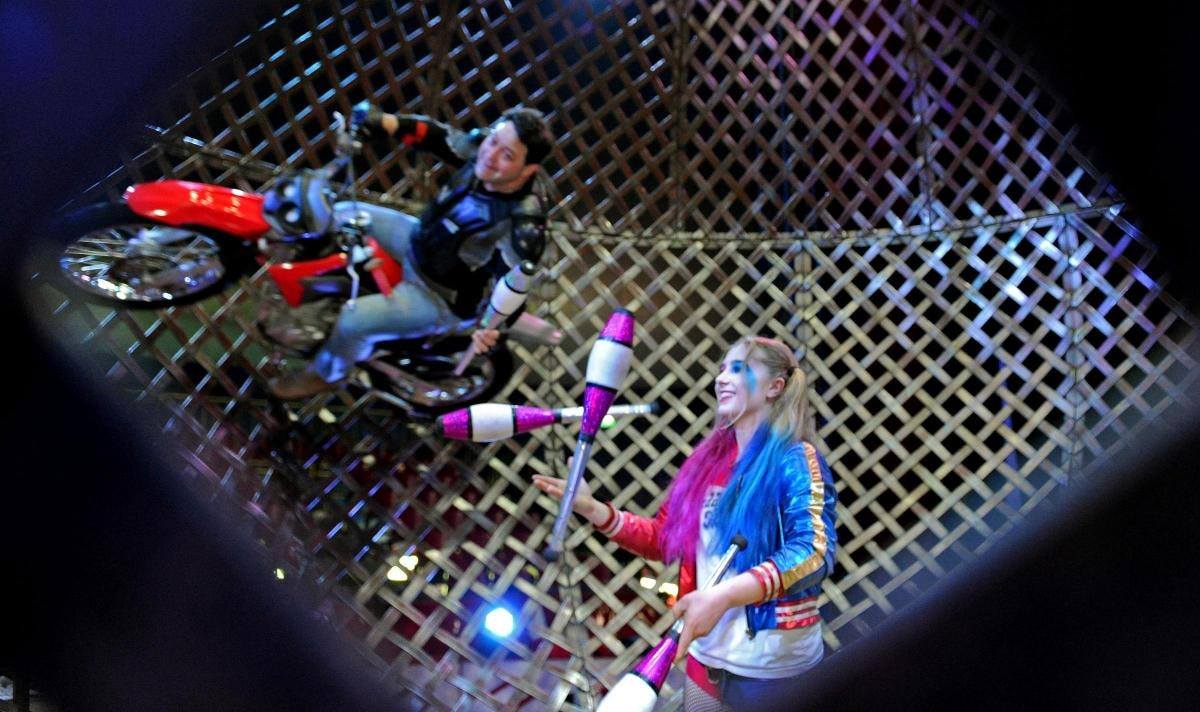