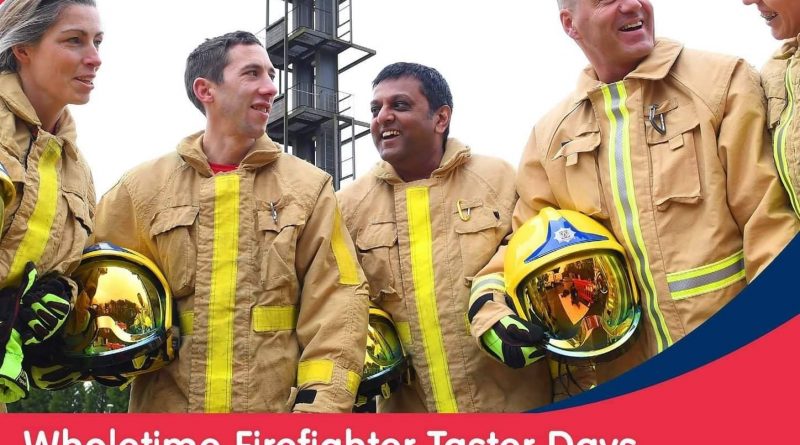 In advance of the application phase, several specialist taster days are being held throughout July and August, aimed at encouraging people from under-represented groups to apply.

The sessions are an opportunity for potential applicants from these groups to understand the role of a firefighter and the significant role they play in community safety.

Some of the events are aimed at women, people from LGBT+ backgrounds or those who are Black, Asian or from minority ethnic groups who may not have ever previously considered a career as a firefighter.

People will have the chance to have a go at some of the physical tests, talk to firefighters first-hand to learn about the role as well as ask questions about the application process.

Chief Fire Officer, Rod Hammerton said: “Taster days are about finding the best people regardless of age, gender or ethnicity to help us make Shropshire safer.

“They are a great way of helping people understand what a fantastic career the Service can offer including clear career progression into senior leadership, good pay and pensions plus plenty of training and development opportunities – all whilst in the company of a supportive team.

“The job involves a lot more than just fighting fires and community safety work is a large part of the role along with responding to incidents such as road traffic collisions, floods and animal and open water rescues.

“Our firefighters come from all walks and are of all ages – If you want to join them in working for your community and genuinely want make a difference, enjoy being physically fit and the camaraderie of working in a team, I encourage you to give us a call.”

SFRS is committed to employing a diverse workforce and the taster sessions support the Service’s commitment to equality, diversity, and inclusion along with ‘Voices’ groups to champion the views of different groups within the Service.

Wholetime firefighters are currently 6% women, 4% Black, 0.3% Asian or Minority Ethnic and 0.5%. LGBTQ and these taster days are part of our positive action campaign to raise awareness of employment opportunities and of the recruitment and selection processes for those who may never have considered the fire service as a career.

The job is still given to the best candidate, regardless of whether they have a particular characteristic or not.

Taster days are being held at Telford Central Fire Station on the following days:

For further information or to book a place call 01743 260441 / 236 or email Hayley.Gazey@shropshirefire.gov.uk
Due to Covid-19, numbers places are limited, and safety measures will be in place 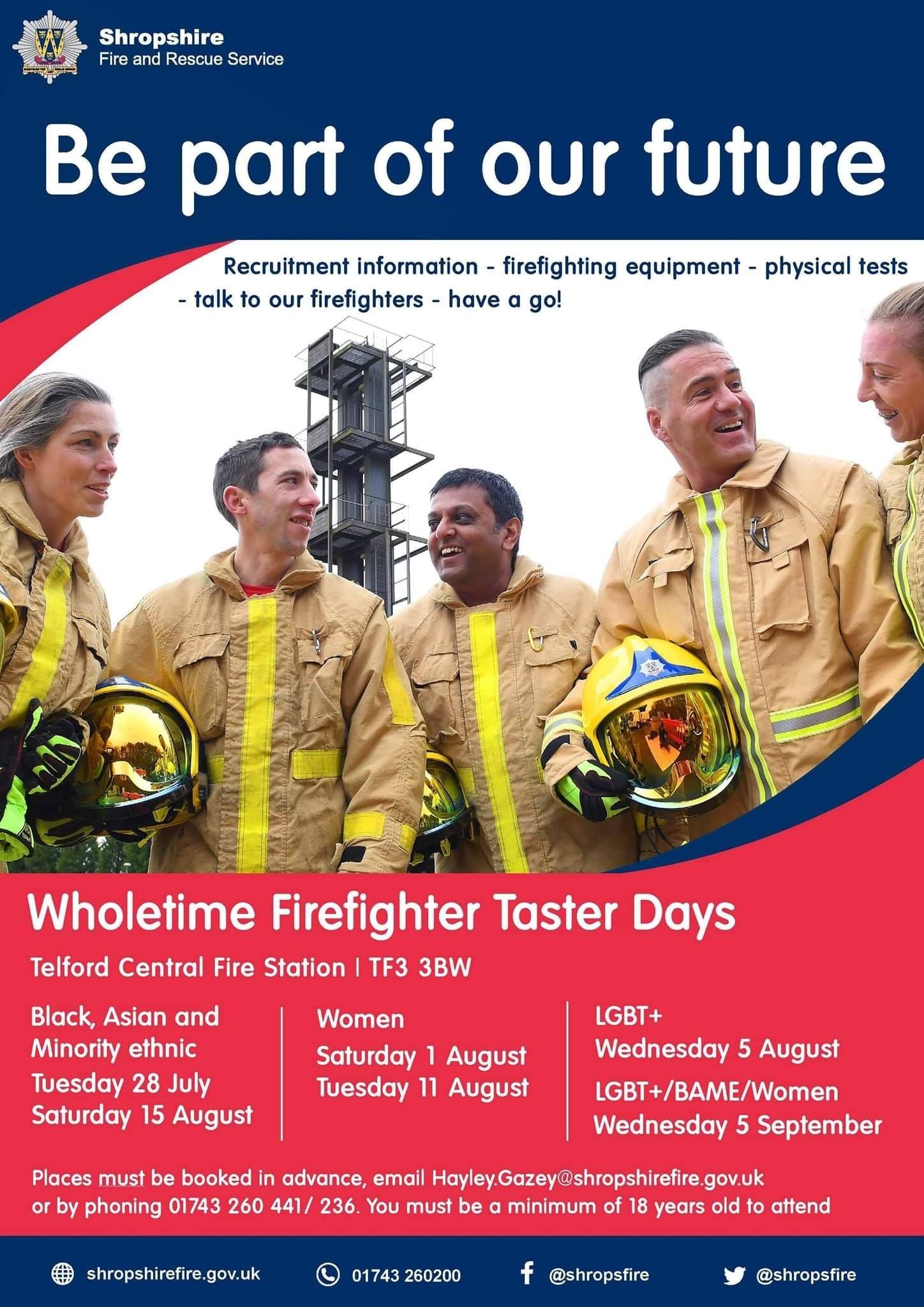 4 thoughts on “Want to join the Fire & Rescue Service?”