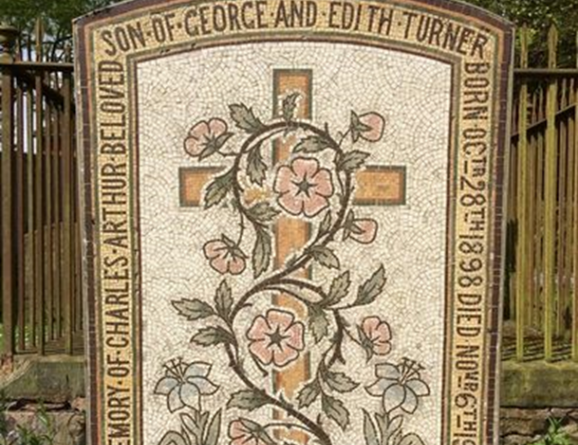 When I think of St Michaels church in Madeley I think of primary school, of harvest festivals and long carol services, of Christingles (I’ve still not worked out what they are) and other celebrations. I think of my grandad, though I don’t know if he ever went inside, of Tommy Abrahams, and all the big kind, barrel-chested men like them who were just as integral to Shropshire as Shropshire integral to them.

This was my local church, and in my childhood, the axis of my known world. From there lay Ironbridge, guarded by a lone soldier, the Wrekin and its giant, the Seven, that snakes and Shrewsbury’s winding cobbled streets, Oswestry Hillfort (which I always imagined was guarded by a dragon for some reason) and innumerable ruined Castles. But it always went back to St Michael's. The building itself felt older than time (In reality, my church was built in 1796 by Thomas Telford, but it had been a focus of worship since the medieval period).

Interestingly, St Michaels Church is believed to be near the site of the original Anglo Saxon Settlement of Madeley, where a chap called Sigward is said to have held 3 hides of land by charter once until he sold them around 736AD to Milburga – Daughter of a sub-king of the Magonsaete, Abbess of Wenlock priory- the very same Milburga that would become St Milburga restorer of sight and the guardian of crops. This little corner of England matters, Its stories matter. St Michaels church would have been crucial to the lives of many, it would have been a place to celebrate, gather and worship and remember, and indeed for some it still is. This is clear within its cemetery.

There are many memorials I could have written about, perhaps starting with the fact that Madeley graveyard has the best collection of cast-iron tombs in the country. I could have written about Lieutenant Frederick John Briscoe, who was killed at Ypres in 1915, or John Fletcher – the namesake of my junior school and one of Methodism's first great theologians. Perhaps Thomas Parker- the inventor and pioneer of manufacturing equipment that powered electric tramways and electric lighting, or any of the Tommy Abrahams, or Laurence Beach’s that are buried there. However, in this first of 2 posts covering St Michaels Churchyard, I want to focus on the grave of Charles Arthur Turner. I will then turn in my next post to the ‘9 men of Madeley’, also found in St Michaels churchyard. Though very different, they both represent an accident that would have left an indelible mark on the local community.

The Turner Memorial is beautiful and the story behind it is heart-wrenching. I’ve never seen anything quite like it. It’s a headstone entirely in mosaic, exquisitely culminating in the Centre with a cross entwined with red roses. It looks like something an artist would have created, but instead, it was Edith Turner, as she attempted to commemorate and make sense of her son’s 8 short years.

It worthy of note that although a very rural county, my part of Shropshire was formally awash with the throngs of heavy industry- including ironworks, kilns and, numerous mines. Due to this, the landscape was littered with huge engine houses, chimneys, spoil tips, railways, and pits- indeed anything that would have facilitated the day-to-day workings of the mine. They were part of everyday life, and life certainly went on around them. Indeed, this would be where the tragedy unfolded. On the 20th of October 1906, Charles Arthur Turner- (son of Edith) was at Meadow pit. (who’s mound still survives next to the junction of Ironbridge road to this day) He was a local boy and was playing with his brother and some friends. (it wasn’t uncommon for children to play in such areas, my grandma made the abandoned brick kilns near her home her playground)

The area was easily accessible due to being poorly fenced off and housed the discharge pit for the hot water from the mine’s winding engine boiler. Here the hot water from the pumping engine was emptied into the ditch once a month, which was being emptied as the boys played. Charles’ younger brother came into danger, which resulted in Charles falling into the pit himself whilst trying to protect his brother. He received scalds from the knee downwards. He would have been in agony, and the situation was made worse by there being no public footpath or road within 80 yards of the place he fell in. He was returned home, and after 17 days of what would have been hell, for him and his family, Charles Arthur Turner died. The subsequent inquest recorded a verdict of death caused by ‘scalds accidentally received’.

The whole affair was well reported, indeed the papers informed that

‘Mr. F.H. Potts, Coroner, held an inquiry on Wednesday concerning the death of Arthur Turner. George Turner, father of the deceased, a colliery winder residing in Park Street (Madeley), said that his brother Charles brought home the deceased saying he had fallen into boiling water at the Meadow Pit. The lad was scalded from the knees downwards. Dr. Reynolds attended the injuries, and the boy up to the time of his death’

I can’t begin to imagine the hole that was left in the lives of those who had known and loved Charles, or indeed the effect it would have had on the community. Children played in the areas surrounding Meadow Pit all the time, so Charles could have been anyone’s son or daughter. I can imagine Charles would have been in the backs of minds whenever they sent their child out to play, and his death would have been felt deeply. Especially for his parents. It is important to remember when we look at memorials like this, that they commemorate real people just like us, and behind them are very tangible emotions. Charles would have laughed and played and had hopes and dreams, he was like any little boy, and he was loved. Only the years separate him and us, and thus, his suffering, and his untimely death would have changed the lives of all those who knew him. Greif may change shape, but it never ends.

Arthur and Edith, though both employed faced the reality of many working-class people after a bereavement- they couldn’t afford to give Charles a proper professional memorial. This would have added a painful twist to their loss. However, Edith found a way to commemorate her son and ensured that he wasn’t fated to a pauper’s grave.

Edith was a mosaic worker at Maw & Co., Jackfield- which was a tilery. Interestingly by 1880 Maw & Co had grown to be the largest producer of ceramic tiles in the world, making more than 20 million pieces a year. Undeterred by her financial restrictions, she purchased a tombstone, and after agreeing with her manager, decorated it by using the offcuts and scraps from the production. She set up her workshop in her front room, and attentively placed the mosaic pieces onto the headstone, creating a breath-taking memorial to her child.

I think that the Charles Arthur Turner headstone is remarkable for a number of reasons. It’s a unique memorial – I don’t think I’ve seen something like it before. Edith was an undeniably talented woman, which gives us an insight into her ability, and indeed the ability needed to maintain employment in such a role. It also shows the level of devotion Edith had for her child, and the lengths people will go to commemorate their loved ones. Commemoration is important, and this was more than just a headstone. It became a conduit for her grief and a tangible symbol of her love for her son, and I think this is beautiful. With this headstone Charles was allowed to be remembered, he was given his place in history. I wish more was known about him, I wish we knew more about the little boy and less about his fate. But I am glad the memorial was restored in 2005, to allow us to share his story. I would have liked to meet Edith as I think she was extraordinary, but when I am next at home, I will be visiting this memorial, to wait a while, and think about them.

This little corner of England matters, Its stories matter.

By Amy Boucher – Read more at the website
https://nearlyknowledgeablehistory.blogspot.com/ 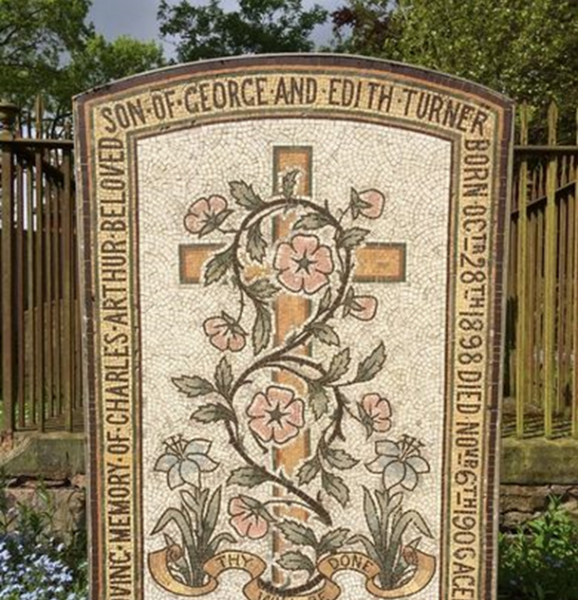