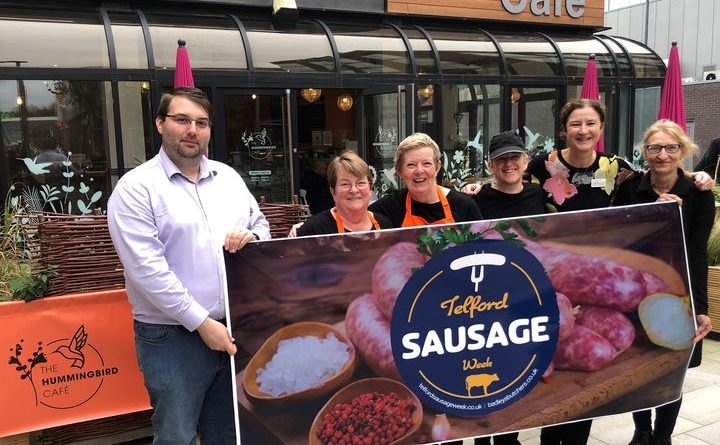 The public have spoken . . . and the winner of the competition to find Telford’s favourite sausage can now be revealed.

Three of the public’s favourite recipes were cooked up for a tasting session outside the Hummingbird café at Southwater on Saturday at the end of a busy 2021 Telford Sausage Week.

Hundreds of shoppers took part, tasting each contender before revealing their favourite choice for the quintessential ‘Telford Sausage’. After nearly two hours of tasting, the final result was:

The winning sausage will now become part of the menu at the Hummingbird Café – and Trench-based butcher G.N. Badley & Sons, which made the sausages, has all three now on sale in store, and through its online shop.

“It was a really successful event – the sausages were flying off the sampling tables as fast as we could cook them,” said Simon Badley, managing director of G.N. Badley & Sons which was one of the key partners in Telford Sausage Week.

“It was a close-run battle between the sausages all the way through, and the winner was in doubt right up to the last 15 or 20 minutes.

“Although the Pork Leek & Stilton recipe took the title, it was interesting to hear from people who said they really loved the Pork Jalapeno & Honey sausage much more than they had often expected.

“And there were also a loyal band of shoppers who feel that you can never get better than a classic pork recipe.”

The winning Pork, Leek and Stilton sausage is described as a ‘sensational combination of strong cheese and leek, with quality local pork’.

The second place Pork, Jalapeno and Honey recipe is a sweet and sticky combination with a burst of warm jalapeno chilli with a sweet undertone of honey.

The traditional, no-nonsense Classic Pork is a thick link which is lightly seasoned with a sprinkle of white pepper, and a dash of black pepper.

Simon said: “We must say a huge thank you to the team at Meeting Point House and the Hummingbird Café who allowed us to invade their kitchens for the morning!”
The Hummingbird Café also laid on a series of Telford Sausage Week breakfast specials.

Angela Creighton, Meeting Point House manager, said: “We were delighted to support this Telford Sausage Week event, which helped us to raise the profile of our campaign to support local suppliers on our Hummingbird Café menu.” 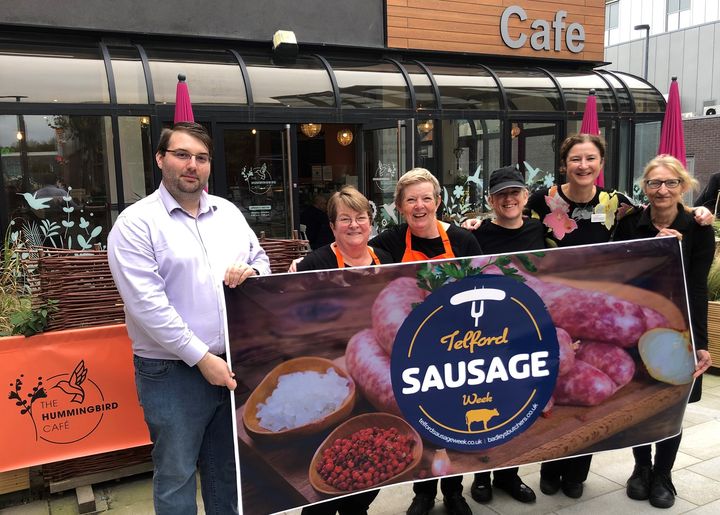