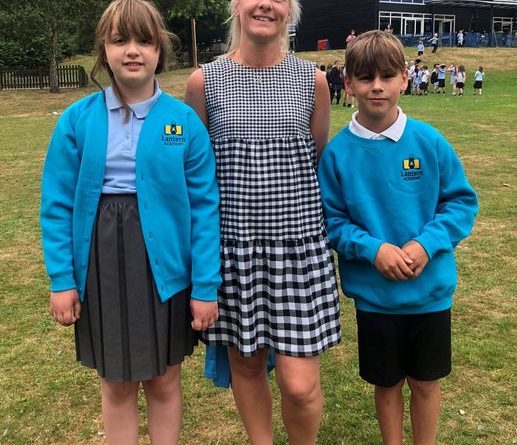 A Telford primary school will start the next academic year with a new name, new uniform, and new head teacher.

The former Queenswood Primary School in Ketley Bank has been taken over by the town’s Learning Community Trust . . . and will now be known as Lantern Academy.

Pupils will be kitted out in an all-new turquoise uniform when they return in September, and experienced educator Michelle Skidmore will head up a completely fresh team of teachers.

In its last Ofsted inspection, the school was given a ‘requires improvement’ rating – and that’s exactly what the Trust has already set about doing.

Around £750,000 is to be spent on upgrading facilities at the Yates Way site, with internal and external improvements beginning in earnest in September including new furniture and ‘feature walls’ in every classroom.

Michelle, who has worked in education for 25 years, said she was excited at the prospect of being able to reinvent the school with the help of a brand new team.

“When I came to look around and meet the people from the Trust, I could immediately see the potential here,” she said.

“We are going to be building a new school pretty much from the ground up, creating a place which the community can be proud of, and where every child will shine.

“We want to become very involved in the local area, and will be encouraging parents to get as involved as possible in our exciting plans for the future.”

Dr Gill Eatough, chief executive of the Learning Community Trust, said: “We are absolutely delighted to have added Queenswood to our growing family of local schools.

“We have decided to rename it to reflect the brand new journey which this school will be on.

“Lantern was chosen as an acknowledgement of the area’s mining history, as well as recognising our desire to become a beacon of the community.”

Pupils have not only helped to choose the school’s new name, but have also had input into the design of the new Lantern uniform too.
Michelle said: “For me, there must always be a ‘children first’ approach, which is why we wanted to get the pupils and their families involved in these important decisions.

“We wanted a uniform which was bright and vibrant, reflecting the plans we have got for the school going forward.

“The Learning Community Trust has been so supportive already. We will have an all-new teaching team in September, but the backing of an experienced Trust which shares our desire to become an integral part of the Ketley Bank community.”

The Trust will also be running the new primary at Allscott Meads, which is currently under construction. 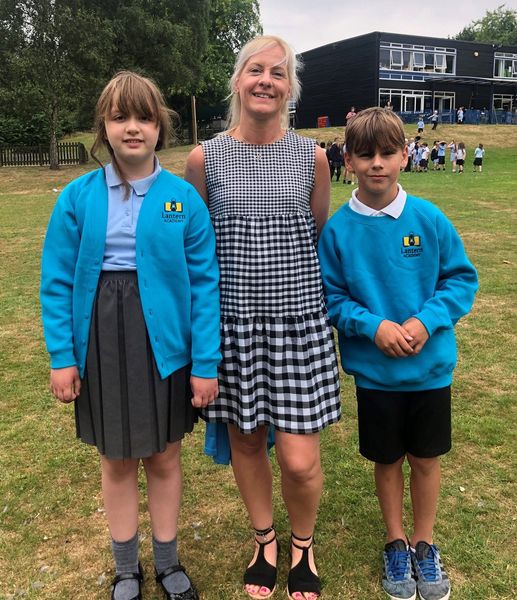