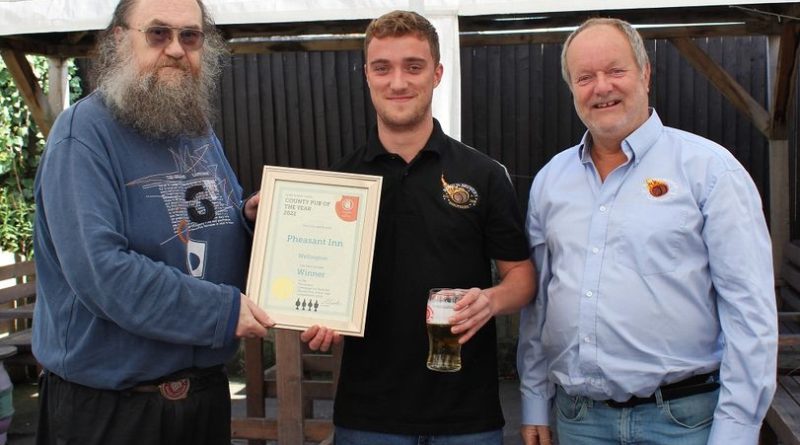 The Pheasant Inn in Wellington, home of Rowton Brewery, received the award for County Pub of The Year 2022 at the Telford & East Shropshire CAMRA AGM yesterday.

The pub is very much a family business, with father and son Jim and Peter Preston receiving the award which celebrates both the quality of cask ale served at the pub and its fantastic, welcoming atmosphere.

Jim founded Rowton Brewery at the pub in 2008 and the family has been running the venue for the last 6 years. They serve Rowton Brewery beers as well as superb cask ale from some of the best-loved breweries from around the country. The award is voted for by hundreds of local members of the Campaign for Real Ale and was presented by Branch Chairman Adrian Zawierka.

“It’s one of the biggest accolades Rowton Brewery has had,” Jim said. His son Peter agrees. “This is very special,” he said. “The Pheasant Inn is a community pub and you can’t have a pub without people, so we’d like to thank everyone who has dropped in this year.”

Dozens of real ale enthusiasts turned out for the presentation and the campaign meeting which followed it. Telford & East Shropshire CAMRA’s patch covers a huge area from Market Drayton in the north to Cleobury Mortimer in the south. 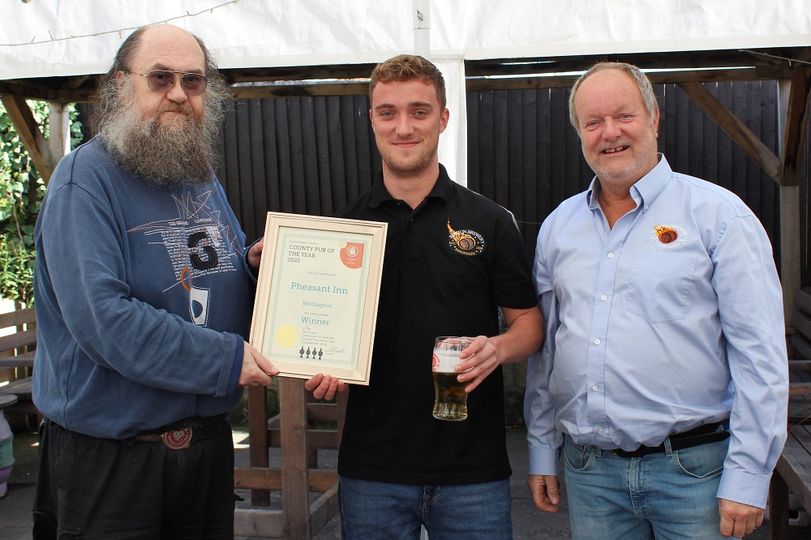