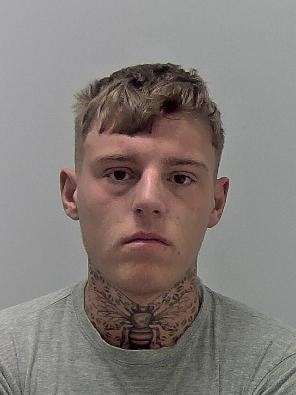 A Telford man has been given a five year sentence after he was found guilty of a string of domestic abuse offences.

Connor Buchanan, of Wallet Drive in Muxton, was sentenced on Friday (25 November) at Shrewsbury Crown Court.

The court heard how between May 2021 and June 2022 the 21-year-old had seriously assaulted two women on two separate occasions. Buchanan was later arrested and charged.

The court also heard how Buchanan continued to intimidate one of the victims whilst remanded in custody by sending her letters regarding his upcoming trial.

Buchanan was given a five year custodial sentence, as well as a 10 year restraining order against both victims.

Police Constable Kieran Gale, said: “This is a really good result, the sentence and restraining orders handed to Buchanan reflect both the severity of his actions and his clear lack of remorse, shown by his persistence in continuing in such a manner, even whilst under investigation.

“Above anything else, I admire the strength and courage of the two women who came forward and have helped to bring this man to justice. I hope this sentence will offer them both a chance to close this chapter of their lives. I also hope their bravery encourages others who may find themselves in a similar position to come forward and report to us.

“We will act on all reports made and offer our full support to anyone who feels they are a victim of domestic violence – as this case shows both we, the police, and the courts take any reports of domestic abuse very seriously.”