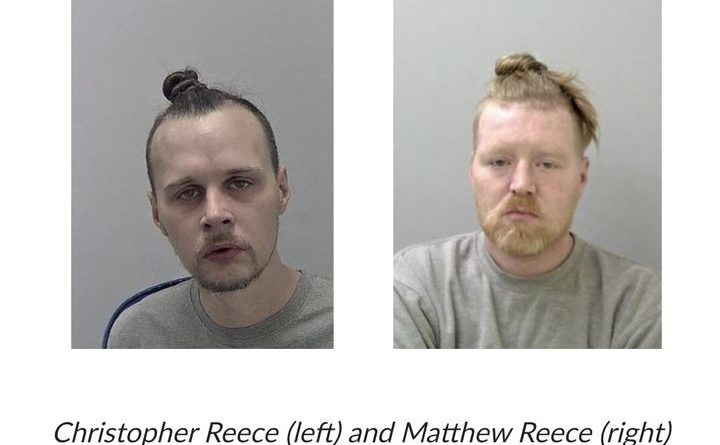 Two brothers have been jailed for an armed robbery at a Telford convenience store. A gun shot was fired during the robbery.

At around 8am on Tuesday 21 October in 2021 Matthew Reece and his brother Christopher went into the Spar in Leegomery and threatened customers and staff in the store. Both were armed with shotguns.

During the robbery one of the shotguns was discharged and threats were made to kill. No-one was injured by the gun shot, however, a wall was damaged.

The pair made off with cash and cigarettes.

During the investigation it was established the men had planned the robbery and had carried out a reconnaissance of the store days before it took place.

Today, 41-year-old Matthew and Christopher Reece, 36, both of Church Street in Hadley, were both sentenced to 12 years each at Shrewsbury Crown Court.

They had both been previously been found guilty by a Jury at Shrewsbury Crown Court for robbery and possession of a firearm with intent to endanger life.

Detective Inspector Sean Brennan, from Telford’s Proactive CID team, said: “Matthew and Christopher Reece are clearly violent and dangerous individuals who went into a busy convenience store first thing on a weekday morning both armed with a shotguns. They threatened customers and staff and caused even more fear by using one of the shotguns; while no-one was injured by the gunshot the consequences could have been far worse and those in the store at the time have quite understandably been left traumatised by the robbery.

“I’m pleased with the significant sentence that has been given today and am pleased that the pair are behind bars where they cannot cause more harm to our communities.”