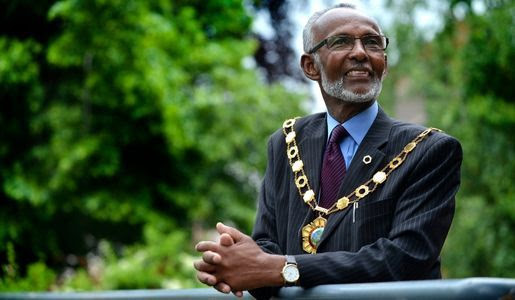 Former Mayor of Telford and Wrekin, and borough councillor for Hadley and Leegomery Leon Murray, sadly passed away on Saturday 14 January, Telford & Wrekin Council has announced.

Councillor Murray, who was first elected to Telford & Wrekin Council in 2011 and had been Mayor of Telford and Wrekin twice in 2013 and 2015, was 84 years of age.

Born in and growing up in Jamaica, he moved to Wellington in 1961 and made his home in the borough, marrying Barbara and having two daughters, Christine and Rachel.

Community life was vitally important to Councillor Murray and he dedicated much of his time to public service, becoming a magistrate, local councillor, Mayor, Deputy Lieutenant, vice president of British Methodism and working with numerous local charities and organisations to tackle local issues and create a better borough.

He has been instrumental in tackling racial discrimination, including writing the book; Being Black in Britain and was recognised in 2007 for his efforts in promoting community relations by the then Prince of Wales with an MBE.

Leader of Telford & Wrekin Council, Shaun Davies (Labour) said: “Leon was simply an inspirational person and my thoughts are with Barbara, Christine and Rachel at this very sad time.

“There are few people who have been able to achieve what Leon has during his life. He was a person who was truly dedicated to his faith, his family and to community life. We will miss him greatly.”

The flag at Addenbrooke House will be at half-mast this week and on the day of Councillor Murray’s funeral as a mark of respect.