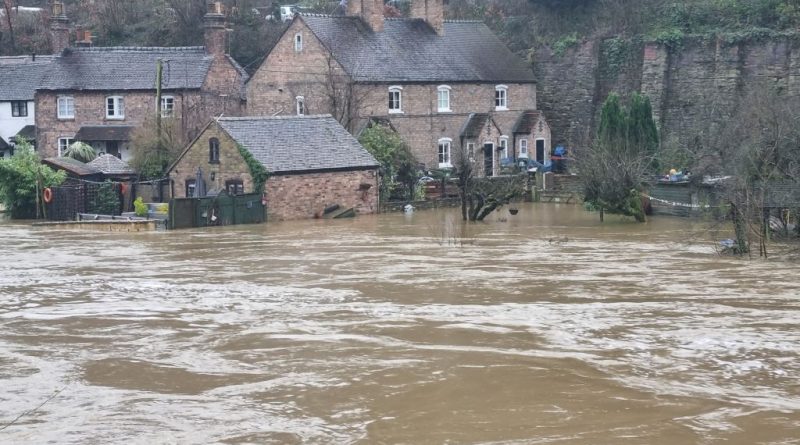 It’s easy to see why people from all over the world visit the picturesque town of Ironbridge in Telford, Shropshire.

Set on the Banks of the river Severn it’s world famous bridge is a magnet for tourists and locals, looking for Peace and Tranquillity.

The River Severn that winds its way from the Welsh Hills is a raging torrent at the moment, and it’s happening more and more frequently.

The flooding of the Ironbridge Gorge is not new, but what was considered a once every ten year event up to 20 years ago, it’s rare for some homes and businesses in the town to remain unaffected by the rising river, two winters in a row.

First introduced during a pilot scheme in 2004, temporary Flood Barriers were designed to protect a river level of around 6.5 m, On 14th January 2023, the current river level is expected to peak at around 6m.

The Flood barriers are deployed by the local council in conjunction with the Environment Agency and can be erected in a matter of hours, but that’s just part of the story.

They stretch from the Wharfage Car Park almost up to the Ironbridge itself and protect many homes and businesses, but there are still properties on the opposite bank and in Coalbrookdale which are at the mercy of the river. Many install their own flood barriers, some left to stack sandbags at doors.

For some, there is not much they can do at all. In 2020 even those protected by the barriers were evacuated as the flood barriers were at risk of overtopping.

Running a business in a town like Ironbridge can be a challenge at the best of times. Many choosing to remain open for the visitors that have made the trip, but even those who couldn’t turn on their tills, are making the best of a very difficult situation.