These council meetings come round pretty sharpish. We’ll be there, live tweeting but as this is a special Mayor Making meeting and the normal yah-boo to-ing & fro-ing is suspended, we have no game.  Instead I asked Twitter ‘If Telford were a film, what film would it be?’ and twitter, you did not let me down!

@thefenny suggested ”Horror film’ so I asked which one. ‘A compilation of them all’ he replied.

@gazmat10 suggested ‘Shaun of the Dead’, So I made this: 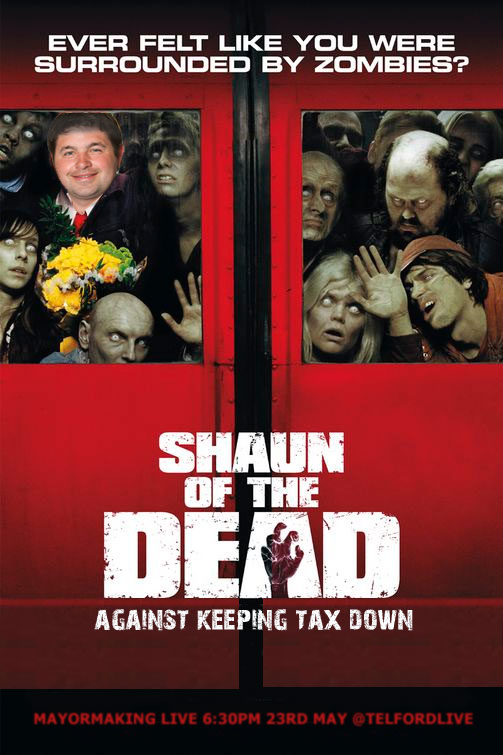 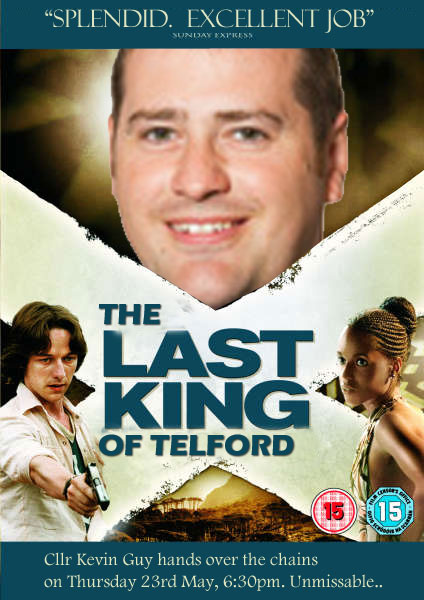 So don’t forget, Thursday evening, fun and frolics start at 6pm, meeting starts at 6:30pm.  Come along, watch on livestream or follow on twitter #telfordwrekin

Why film posters?  Well, you may have seen this about the current Mayor of neighbouring town, Shifnal: