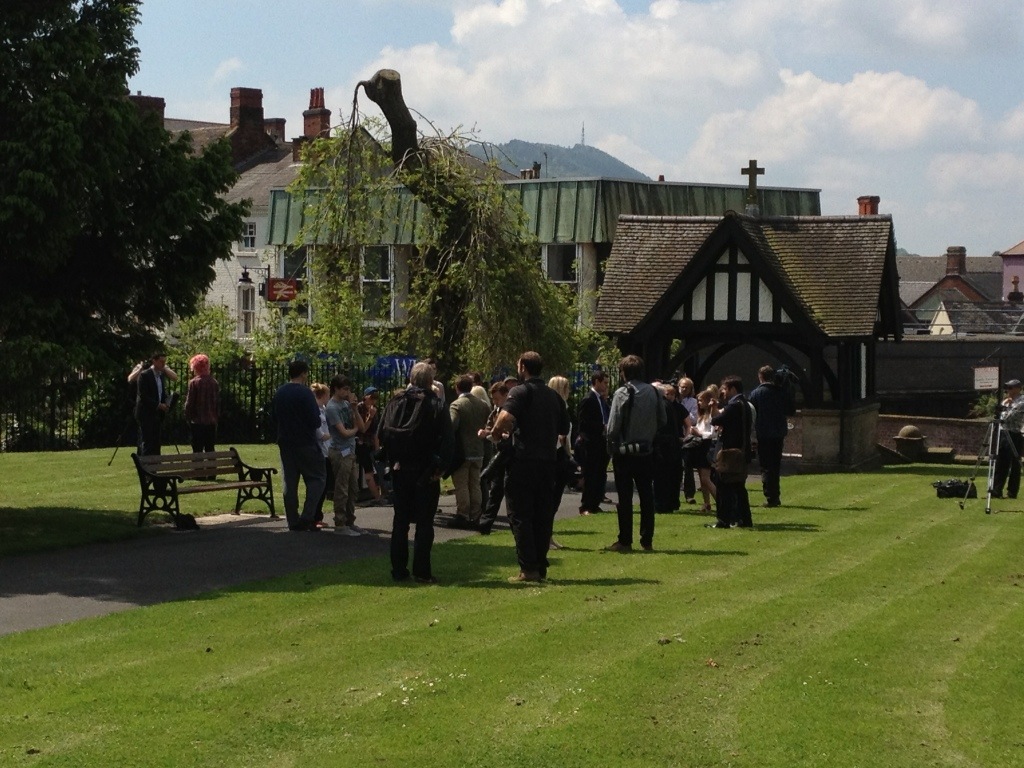 As i watched the satellite news trucks ease out of Wellington Police Station car park on Friday night, I took a moment to reflect on the extraordinarily tragic events that enveloped our Telford and the Wellington community since the bank holiday.

I was asked to re-tweet an appeal from one of Georgia’s friends late on Monday night. After checking this wasn’t a prank, I sent out the appeal and from that moment I was entwined in the twists and turns of lead to the prepared statement read out by Superintendent Nav Malik on Friday tea time.

For those few days, I was trying to take what snippets of the police updates I could distill into 140 characters, reword, add pictures and publish onto the @telfordlive twitter account. As soon as the RTs slowed down, I’d create another. In between times, scouring the web, twitter & facebook hoping that a sighting would bring this sorry episode to a positive conclusion. I have a 17 year old daughter. I can only try to imagine the turmoil, the upset, the complete and all consuming why Georgia and what ifs, that her parents and sisters were experiencing at this time.

An arrest was made in Glasgow on Wednesday morning at 4am of a Telford man. On Thursday, the suspect, arrested in connection with kidnapping Georgia, was transferred from Glasgow back to Telford. I was asked by a friend of the suspect if there was any way they could visit him. The suspect, Jamie Reynolds, also from Wellington, and Georgia shared many friends. The friend of Jamie’s who asked me, checked out as a bona fide friend on Facebook & other places.

This unexpected twist was new territory for me. While my timeline was full of increasingly desperate appeals for sightings of Georgia and outpourings of emotion, here was something quite different. What was Jamie going through? His family were reported to be away on holiday at this time. What were they going through? I have a son too. Could you imagine being abroad on holiday and getting that call from the police station? I had some expert advice from some wonderful people on twitter, and I won’t name them, but thank you. It wasn’t possible to arrange a visit, but I passed on the messages.

One of my followers tweeted about a girl who turned up to her house and asked to hide in her garden. Until I asked her if it could have been Georgia, she hadn’t thought about linking the visit to the missing girl. She called the police who responded in an instant, en mass but regretfully, it wasn’t her.

On Thursday night, an appeal on BBC Crimewatch for sightings of a silver van, resulted in several calls and some new information was investigated. 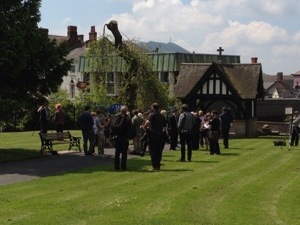 On Friday lunchtime, a group of her friends, and other concerned local people gathered outside All Saints Church in Wellington. This area of green space is a favourite of New College students at lunchtimes. A beautiful, peaceful calm spot. The purpose of the gathering was to keep the search for Georgia Williams at the top of the news agenda. They had also been leafleting the local town and retailers were supporting the campaign by displaying posters and leaflets in their shop windows.

Just as the interviews recorded on the green were due to go out, Superintendent Nav Malik called a press conference that confirmed a body, thought to be that of Georgia Williams was found in woodland just outside Wrexham. Jamie Reynolds would be charged with murder on Saturday morning at Telford Magistrates Court.

I would like to thank all the followers of @telfordlive for your support, for your advice, retweets, the private messages in confidence and while we all hoped above hope for a positive outcome, it was not to be.

No words can dull the pain that the Williams family are going through. Flowers cannot replace a much loved daughter, sister and friend to many. The search for Georgia Williams moved the local community in Telford, an army of friends and people Georgia didn’t even know that well were united in trying to find her. Perhaps the love shown in this way will, at sometime in the future, provide some comfort.