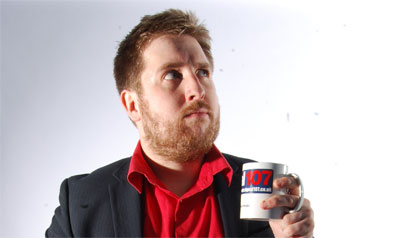 My name is Tom Campbell and I host the Breakfast Show on Signal107 in Telford (107.4fm  if you fancy joining me in the morning for some songs and a bit of a giggle).  I’m also a non-driver and from the last few years spent living and working in and around Telford and Wrekin it is, without doubt, very unforgiving for the easily confused pedestrian.  I’m going to share a few tales from a non-driver’s perspective about our town if you don’t mind me.

A while ago I dated a rather wonderful lady from Telford.  At this point I was living in Wolverhampton and, again, a non-driver.  I would get the train to Telford and either get a taxi or a bus to her door.  However, one occasion I decided “you know what, it can’t be THAT far and THAT difficult to walk there”.  It was almost five miles, but it didn’t deter me.  What did finally deter me was I managed to walk in a circle THREE times trying to roughly navigate myself towards Oakengates.  It was when I saw an empty packet of Roast Beef Monster Munch for the third time I gave in and called a taxi to get me.  I arrived tired, flustered and an hour late for our date nig 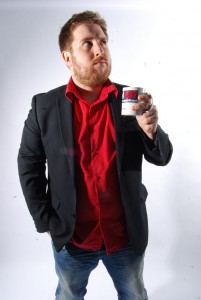 ht.  How she put up with me for over a year I don’t know, but I must sort out a medal for her.

Being adventurous and over-confident of my own sense of direction has got me in trouble many times, but nowhere more than in Telford.  I don’t know anybody else that would set out from Ketley to Oakengates only to find themselves in Donnington Wood asking himself whether he should’ve gone LEFT instead of RIGHT a mile back.  I also don’t know anyone else that has gone for a stroll in the woods near Telford Town Centre, become lost for an hour or more and ended up in IRONBRIDGE, once again being bailed out by Diamond Cars.  Oh, and just because Oakengates to Telford Central takes thirty seconds on the train doesn’t mean it’ll take thirty seconds on foot…as I found out when I gave up the ghost somewhere around the CapGemini building.

If you are going to attempt to walk anywhere in Telford, I don’t wish to discourage you because it’s a rather fun adventure.  Just make sure you’ve got the following: