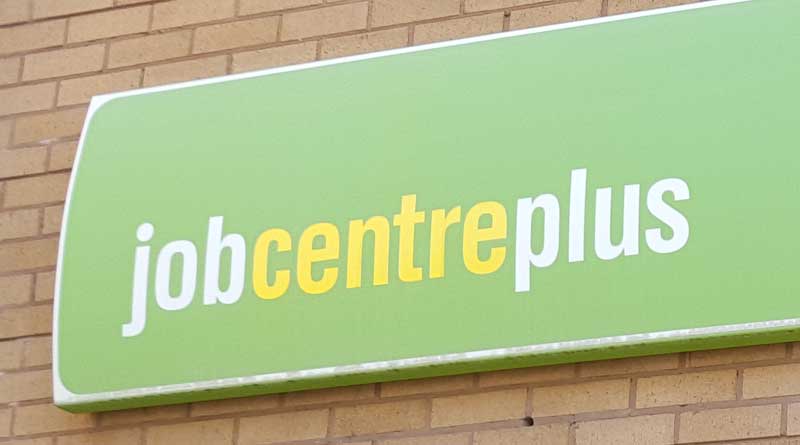 I take great pleasure in tweeting & facebooking jobs that I see when I’m out and about.  A sign in a shop window, a plea from a social media follower, I figure it helps.  I know people who have had success from this, so I’m not planning to stop anytime soon.  Last week I reached out for some feedback from attendees at a recent job fair held at Telford Shopping Centre.  I was hoping for a couple of success stories, but no.

We’ll call him Steve.  Steve dropped me this eloquent piece on what it’s like to be underemployed.  Steve won’t appear on the unemployment figures because he’s not claiming, but I do wonder if his predicament is more common than we’d hope.  It’s doubly interesting as it came hot on the heels of a poll which suggested many Telford people don’t want any Syrian Refugees to turn up in our town.  Steve is from another country, I wonder if his experience will mirror theirs?

I’ve been an active jobseeker and chronically underemployed for the better part of the past eight years. The reason behind this? I have no idea. I have my ideas, but I couldn’t give you a firm, known reason as to why I don’t have a “real job”. I can openly say that I’m not receiving any sort of income support, JSA, and don’t live in council housing because I’m not entitled to it. Yes, I’m an immigrant. No, I’m not an asylum seeker, nor am I from one of those countries that the British shy away from. I came to the UK completely legally as a work permit dependent minor when I was a kid and have made this town my home. That’s the key difference. I’m not entitled to any support because of my roots, even though I’m sure many would agree I deserve a bit of help and I’m more than suitably British nowadays since I have Indefinite Leave to Remain (one step under citizenship – counting down the days now) and have been known to drop in at my local Spoons from time to time. Hey, it’s what happens after 12+ years of living somewhere.

Shortly before I went back to my country to go to uni for the second time and get some job experience under my belt to bring back here, I was at the peak of my search. I had finished one round in uni at that point, did well in school, and put out 262 applications over two years straight and registered at five temp agencies. My end result? I can count the amount of interviews I had on one hand and wasn’t hired for anything. That includes McDonalds, Telford Town Centre who told me I wasn’t going to be hired because I “didn’t smile enough behind the till”. Do any of you remember a time when you had a genuine smile from someone flipping your Big Mac or dunking your chips?

The fervor of my search is picking up now that I’m back home and settled properly, but once again I’m met with the same problems: those days of having no missed calls, no e-mails in response from cover letters, and a religious timing of when to check the Job Centre for their newest posts. I’m not going to stress out about keeping track because I’m far older and more experienced at the whole job search game nowadays, but even those experiences aren’t rewarding me with much. I’m still pretty much in the same spot as I was before.

I follow @telfordlive and have done for years, so I definitely appreciate all of the #TelfordJobs posts that hit their timeline. Hearing of Job Fairs coming to town definitely excited me because they’re how I found my earliest successes and hires when I went back to my country. You’d show up early and so long as you were presentable, had a fresh CV, and weren’t hungover from the night before, then you could rest assured that you’d walk out of there with a job offer for something. However, I was met with a pretty cruel eyeopener. No, it wasn’t the red eye grog of having to be up at 7 AM to be the first through the door.

Not too long ago, Telford hosted TheJobFairs.co.uk. I was one of the first to get there that morning alongside a small handful of other jobseekers. Through the door we went and what did we see? My tweets on the morning said six recruitment agencies, two foster care opportunities, The Army, a giant job board of printouts in the middle of the room, and a very small selection of oddballs. I worked the room and signed up for one of the agencies there. Surely enough, those begging calls yielded “nope, nothing for you” (when I know God damn well there are openings and mentioned them: just not for me). I’ve heard it all before. Back to square one.

More recently, The Job Box set themselves up at the Town Centre. 200+ jobs available? Sweet, there’s bound to be someone there who will give me a shot. I mean, I should’ve known that it wasn’t going to be a big event since they were setting themselves outside Primark, but I had a joyful slap across the face when I got up town: a couple tables, a pile of leaflets, and another job board of printouts. I wasn’t going to have my time wasted after getting up at some ungodly hour, so I went up and had a look. Understandably there was a lot of Christmas openings and other general retail, which is all fine and something I’d do/have done/have the experience/…, but there wasn’t anyone in a hiring capacity to speak to. Just take the leaflet, follow the directions, and away you go. Yeah, thanks for that. There was nothing on that table I couldn’t have found on Google or through the Universal Jobmatch. The pink-shirted decorative people weren’t any help either. Oh, you’re looking for this sorta job? Here, take that. Thanks, but I’m more than capable of reading. Away I went with a handful of leaflets. They were promptly binned on my way to the bus. That’s not to say I didn’t apply, but the experience was useless to me as a jobseeker who actually gives more than one eighth of a damn to find a job in the first place.

So here I am today, no further than I was before and still doing the same old shit. It’s not all gloom for me though. I do have some work: I work online for a marketing agency and find leads through that, which has been my only real stake in life for years. I’ll spare the highs and lows, but it’s a fate worse than a zero hour contract. I’m currently on a major low and I’d probably be sleeping rough or have committed suicide by now if I wasn’t living at home to have my basic needs met. I’d love to move away from my erratic working life even if that means stocking shelves at Tesco or sitting on some factory line packing boxes, but I’m seen as unworthy for whatever reason.

What happened to doing well in school gets you ahead in life? I got my GCSEs and A Levels. What happened to going to Uni gets you a better paid job? I’m working towards my fourth actual qualification now. Oh, but you need experience to work at a supermarket! Here’s the fact: I do have that experience; I have pulled pints; I have worked on construction sites as a labourer (Hell, I just dropped nearly £200 getting the CSCS Card earlier this month, which I’m still waiting on); I have sat on factory lines and worked in warehouses; I’m qualified to do things that others wouldn’t dream of. Still, my phone is silent. What does anything count for nowadays? Absolute fuck all around here it seems.

So you’ll have to forgive the person who screws up your fried chicken at KFC, the person who throws your groceries at you as they’re scanning them through the till, the person with a permanent scowl on their face while they’re working. They could very well be in my sort of situation. There’s no doubt that I’m bitter and resentful. I look around and see people on the dole without a care in the world knowing full well that their every need will be met; knowing that they don’t ever have to go to work because their benefits won’t stop so long as they fake it with their advisers. I see people who left school without a qualification to their name get the same job I’m applying for. I see people washing up into the United Kingdom from some of the world’s crappiest circumstances only to be waited on hand and foot.

All I want is a chance.

One thought on “Diary of a job hunter”