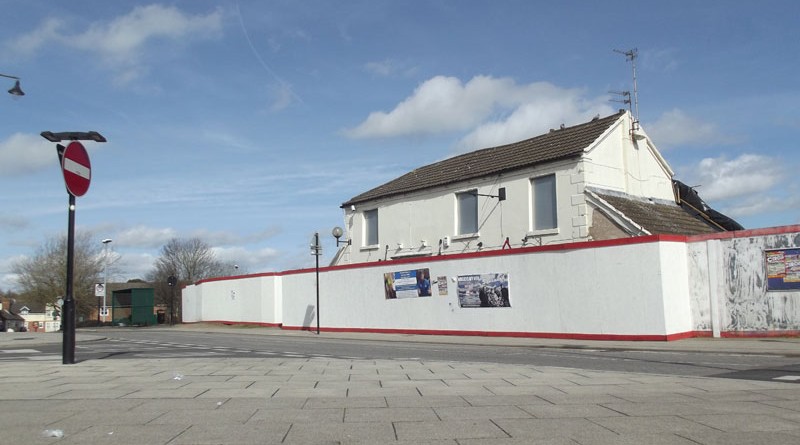 [vc_row][vc_column][vc_column_text]It’s been an interesting few months looking at the repercussions of government grant cuts in Telford.

Back in January, a broadside of threats to services was fired by Council finance chief Cllr Lee Carter, including closure of libraries in our market towns, but within days, parish & town Councillors & Clerks were posting up on Facebook that they had been assured by council officers that their libraries were not closing and alternative arrangements were likely to be sought.*

In a series of budget roadshows held by the Council, I caught up with leader of the Council, Cllr Kuldip Sahota, who told me that deals were being sought to pass on the responsibility for provision of Library Services to Town Councils.  This is important for 2 reasons.  Firstly, while Telford & Wrekin Council have to jump through referendum-shaped hoops to raise tax over and above 2%, Town & Parish Councils are not bound by government restrictions on increasing their precept**.  A vote that is hellishly expensive to organise, and a chance that the electorate will not share the desire to increase their contribution.

Secondly, Cllr Lee Carter also maintains that handing over these services to a more local council helps with sustainability, sharing spaces and staff with other services in one building. Indeed, the affected town and parish Councils, one by one are adopting this opportunity.  Nobody wants to be known as the folks who closed the libraries.[/vc_column_text][/vc_column][/vc_row][vc_row][vc_column width=”1/2″][vc_column_text]

Pride in Your Community

The Pride in Your Community fund was launched in 2014.  Well before the current set of cuts, but they were on the horizon.  The £1m fund (later increased to £2.5m) was designed to align with the Councils priorities of job creation, regeneration, and health and wellbeing of the residents. Some of the work done was fixing road signs and repairing paths & walls.  Stuff that you may well have expected the council to do anyway, whatever banner it falls under.  There is a handy list here that you can search by ward to see work.

The fund was not well received by the Conservative opposition, and was not adopted for their alternative budget, although it should be noted that some of the projects may well have been supported, just not the fund.  The Pride fund was voted through at the full council meeting, and some of the bigger projects included topping up Madeley Town Council with enough cash to purchase the Anstice (£100k), purchase Eustace Rogers Coracle Shed (£40k), and purchase The Hub in Newport (£58k).  A full list can be found here .[/vc_column_text][/vc_column][/vc_row][vc_row][vc_column][vc_column_text]Some of the more interesting winning projects are where money has been applied for and awarded on behalf of private organisations.  For example, a community interest company called Pisces WM won £22k to improve access and refurb the toilets of Dawley Social Club, a private members club.  Pisces WM back in 2011 claimed to have been ‘working with 27 partners in 15 separate European States’ but now their website is just one page and lacking an address.  The Chairman of Dawley Social Club is Graham Bould, ex-Chair of the local Labour Party and an ex-Cllr. He works for Pisces WM.  Remember the name Pisces WM, we’ll come back to them later.  In fact, remember Dawley Social, because we’ll be coming back to this too at a later date.

Other winners include Trench Tots Nursery, a Limited Company who won £100k to build a new nursery, and Kick Ass Endurance, who also won £8,500 for sports equipment to deliver outdoor sports events.  Looking at their website and Facebook page the closest they have got to Telford is Buildwas, and most of their activity takes place in Weston Park. Both not actually in Telford.  The Telford Half Marathon scheduled for Februrary 2016 ( referred to in this blog ) was cancelled.

Tom Watson, for Kick Ass Endurance said “We applied for the grant to deliver sports events in the Telford and Wrekin area,the half Marathon being the main event which was planned for July of this year, however due to the road infrastructure being changed and the need to make all runners safe it has been put off till 2017…There was never a time scale given to undertake the half marathon”.

On the locations, Tom stated that the majority of the participants are from TF postcodes. “Due  to few locations to undertake our Mud and obstacles runs they have been based at Buildwas and Weston Park, and we have two more locations to add next year once a full risk assessment process has been undertaken, one in Wellington and another in Newport.”[/vc_column_text][/vc_column][/vc_row][vc_row][vc_column width=”1/2″][vc_column_text]

Pride In Your High Street

So, a one off £2.5m fund?  No.  This year, a Pride in Your High Street Fund was launched. A million pounds up for grabs for projects that ‘help boost business and attract more people to the high streets’.

The fund is split into two parts: An £800,000 Revitalise Fund aimed at increasing the prosperity of specified High Streets and Local Centres and a £200,000 Innovation Fund for new activities and cultural events.

In January 2016, ‘Following a comprehensive evaluation process involving independent assessors’ the winning bids were presented and rubber stamped by cabinet, then full council, despite some questions being asked by Cllr Joy Francis (Conservative) specifically about a bid by Good2Great to offer £230k worth of training and workshops to retailers across the borough.  Over a quarter of the Revitalise fund.   Cllr Shaun Davis (Labour) responded, saying that ‘all applications have gone through a full due diligence process’.

Take a look at the winning bids on the Council website.

There are some great ideas in this list with clear objectives and you can see how they could improve the High Streets..  Some, I’d like to take a closer look at.  Lets take a look at two of these.[/vc_column_text][/vc_column][vc_column width=”1/2″ css=”.vc_custom_1459501597644{background-color: #eaeaea !important;}”][vc_video link=”https://youtu.be/ptikGJncW50?t=14m50s”][vc_column_text]Video from Telford & Wrekin Full Council Meeting. Click it to play the relevant bit.

‘all applications have gone through a full due diligence process’

Oakengates Events Ltd were granted £14,000 for key events.  Now Oakengates has a superb carnival that people from all over Telford enjoy, but this particular company which made it’s way through the ‘comprehensive evaluation process’ was actually dissolved on 27th October 2015, one month after the deadline for bids to be submitted, three months before the awards were made public in January.

Pisces WM CIC (Remember them?) Well they won £4,500 to put some events on in St Georges.  The only problem is, they were also dissolved in February this year, one month after the awards were made public.  Graham Bould who put the bids together for Pisces WM, still appears to be emailing people in connection with the project.  Graham commented yesterday  that a director had retired and at that point, Pisces WM CIC did not know that they had been successful in their bid,  ‘We have been in touch with companies house to reinstate the company and will be fully operational in the new financial year so the events will still go ahead’.

Cllr Andrew Eade, Conservative group leader on hearing about these bids, commented: ‘“After raising serious concerns at Full Council about the financial stability of companies which were due to receive substantial amounts of tax payers money in the Borough through the Labour Council’s ‘Pride in the Community scheme’ the Conservative Group of Councillors received an absolute assurance from Cllr. Sean Davies that all companies had been thoroughly checked and found to be viable.”

“It is now clear that either the statement made by Councillor Davies was completely untrue, mislead the public and Full Council, or he simply has no idea about what is going on with his own flagship scheme.”

Accountability and the operation of the ‘Pride in the Community scheme’ is now in tatters and a matter of serious concern.

Finally, Great Dawley Town Council bid for, and won £100k to buy and refurbish the Lord Hill Pub.  Buy and refurbish.  Now this isn’t some down at heel boozer in need of a new carpet and a lick of paint.  This is a derelict building, unused for seven years.

The licenced trade is a difficult place to make a living. Take a look around at the most successful pubs.  Almost all are in the hands of pub chains, where a business model has been tried and tested until it’s a slick operation and then rolled out and installed like a McDonalds.  Pubs like The Fallow Field, Thomas Botfield or Grazing Cow.  According to the tender documentation, partial demolition was estimated to be up to £25k.

So who is asking for the pub to be brought back into life?  I was sent a screenshot of a facebook post that may shed light on that.  “A few Labour Councillors”.

I fully understand why GDTC and indeed Dawley residents want this place sorted out one way or another, but at the time these bids were being approved, there was a risk that Telford would be a council buying & renovating a pub at the expense of Library Services.  Donnington and the award winning Mobile Library service are still under threat of closure.[/vc_column_text][/vc_column][vc_column width=”1/2″][vc_single_image image=”5751″ img_size=”full”][vc_single_image image=”5748″ img_size=”full”][/vc_column][/vc_row][vc_row][vc_column][vc_column_text]More to come.  If you have any thoughts on this please leave a comment below or email me in confidence at telfordlive@gmail.com – I never reveal my sources, but would like to thank the people who have contributed to the research and fact checking in this article.  I did ask Telford & Wrekin Council for a comment but I didn’t get one before publishing.

*Council Officers are the employees of Telford & Wrekin who carry out the orders of the elected Councillors.

“The £1m Community Pride Fund was open to all organisations across the borough and went through a cross party panel of councillors and independent members.

It was never a one off fund and we have a commitment to re-run the scheme in 2017.

Pride In Your High Streets:

“When the projects submitted by Pisces WM and Oakengates Events Ltd for Pride In Your High Street funding went through the Council’s due diligence process and at the time of the PIYHS Cabinet report of the 28th January, both were properly constituted and no alerts were raised by our financial and legal checks.

“Following approval by Cabinet, the Council commenced further due diligence in order to prepare formal Funding Agreements and at this point it came to light that these organisations had been dissolved.   Both organisations are proposing to re-launch and the Council’s legal team will determine whether the projects will have to be re-submitted.

“The grants were allocated in November 2014, all grants over £10,000 are paid in stages so the applicant needs to provide evidence that they have spent the first part of the grant before the next part of the grant is released.  For those who receive a grant under £10k they need to provide monitoring information about how the grant was spent and what the outcomes were.

“Kickass Endurance received £8,513 – they completed a monitoring form in May 2015 after they received the money which showed at that stage they had held an event in Ironbridge.”[/vc_column_text][/vc_column][/vc_row]