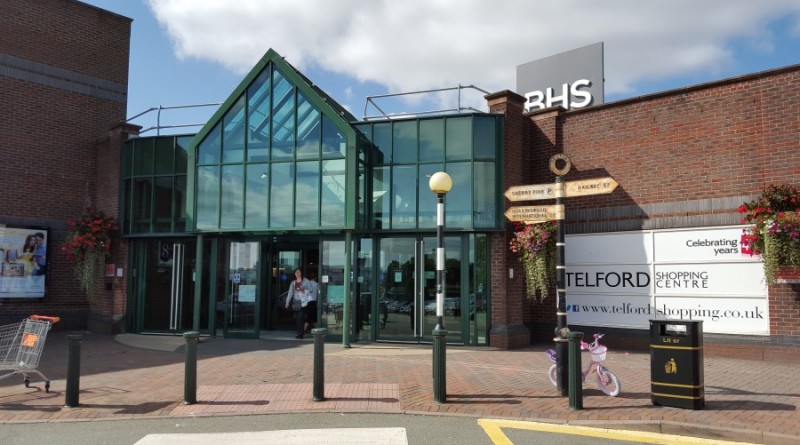 A recent report by British Retail & Local Data Company revealed that Telford had lowest number of independent stores in the UK at around 18%.

On 31st March I tweeted a link to the Daily Mail article stating that it wasn’t that we are particularly light on independent shops but probably that we do particularly well with large, multiples because of Telford Shopping Centre.

The Shropshire Star reported this over the weekend as ‘Telford: Chainstore Capital’. Cue; lots of people passing ill informed opinions of life in our town. I downloaded the report and took a more detailed look.

The methodology was fair basic. A field researcher walked around and counted the stores up. Simple and effective, apart from one thing. Did they walk the Wharfage at Ironbridge? I doubt it. New Street in Wellington? Unlikely. In both these locations I’d be amazed if the amount of independent shops & cafes didn’t reach 75% or more.

So where would there be a ratio of 80% Chain stores and 20% independent stores? Telford Shopping Centre. Yes, the field researcher turned up, walked the dry streets of the shopping centre and ticked the boxes before heading to Shrewsbury or Wolverhampton.

With rent and rates approaching £100,000 per annum for even a modest store you need to be turning over a cool quarter of a million just to keep your doors open 7 days a week. That’s quite a risk for a small family business to afford.

Just take a look at Wellington and Newport, both in Telford, and both have covered markets. Between them, over 100 small independent stalls ply their trade, as long as you visit on a market day. Indeed, in both centres you will find no more than a couple of dozen of chain stores, some would even say that the big brand names are underrepresented in these borough towns.

In Dawley, the only national brands you’ll find on the High St are a couple of Bookies and a Co-op. No one has walked the streets counting the tackle shop and Crystals Cupcakes.

In truth, while there has been a sea change on our High Streets, there has never been a better time to start a retail business.  Take Crystals Cupcakes in Dawley. A business that went from home kitchen to High Street (via a funky caravan) is consistently the busiest place in Dawley.  Retail was recently handed a boost with the extention of Small Business Rate Relief. This means most independent shops in the district centres will be paying no rates at all.

Even within Telford Shopping Centre, a retail offering that welcomes 300,000 visitors a week to the 25 acres of under cover shops and cafes, independent shops can dip a toe in with a temporary retail fixture in the middle of one of malls or even rent a display area in one of the squares before taking on a more permanent position.

Telford isn’t all Greggs and McDonald’s,  B&Ms and Costas, Subways and Sports Direct, although we welcome the jobs and choice they bring. Outside of the shopping centre it’s also the All Nations & Pheasant that brew their own beer, Allums the Jewellers who make and repair in the back room, Micro Accessories and The Sweet Jar, the Polish shops, the florists, the kebab shops & cafes, and of course the charity shops. We have an ever-changing mix of retail & hospitality, and I quite like it.

3 thoughts on “The High Streets of Telford”