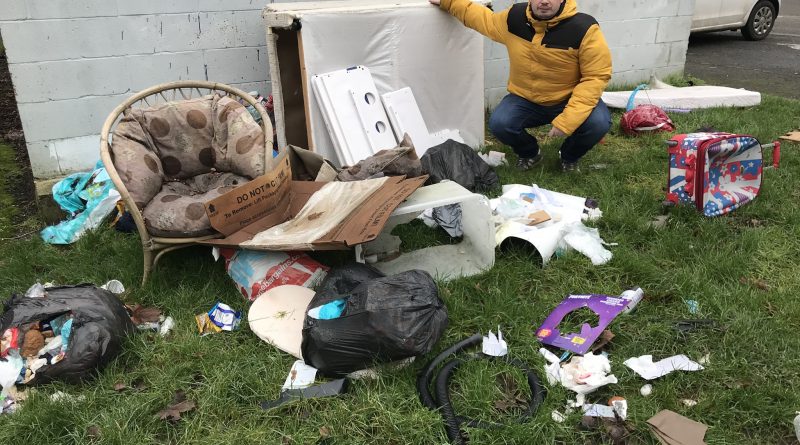 A Woodside town councillor has launched a petition today calling for the bulky waste collection charge, set by Telford & Wrekin Borough Council, to be scrapped for residents to help address a fly-tipping “epidemic”.

Figures revealed today show that Woodside was the borough’s fly-tipping hot spot in 2019 with 689 incidents reported. This is 43 times higher (per resident) than other areas, such as Apley Castle.

A Freedom of Information request by Liberal Democrat Councillor Greg Spruce revealed that fly tipping reports in Woodside have increased by 26% since 2018, but Fixed Penalty Notices across the borough have dropped by 50% in the last 12 months, with only 14 issued in 2019 compared to 28 in 2018.

Woodside Councillor Greg Spruce emphasised: “It is clear there is a fly-tipping ‘epidemic’ in Woodside. The Labour-controlled Council is not getting to grips with the issue here or in other estates in South Telford.

Fixed Penalty Notices issued are minuscule across the borough, and proving to be a haphazard and ineffective deterrent.

“I am reporting multiple items fly-tipped weekly around Woodside. As soon as it is cleared, new items are tipped. It’s awful, and many residents are sick to death of having to see rubbish dumped daily.”

Cllr Spruce has written to Cllr Richard Overton, the cabinet member for Neighbourhood Services, Enforcement & The Pride Programme, requesting a rethink on the bulky waste collection charge. The letter proposes that those in receipt of benefits, or over 60, no longer be charged for bulky item collections, up to a maximum of three collections per year (and of no more than three items at a time). Cllr Spruce also wants to see signage around fly tipping hot-spots put up warning people that they will be caught.

A petition has been launched by Cllr Greg Spruce calling on immediate action to tackle the fly tipping crisis. The petition can be found at telfordwrekinlibdems.org.uk/woodsideflytipping 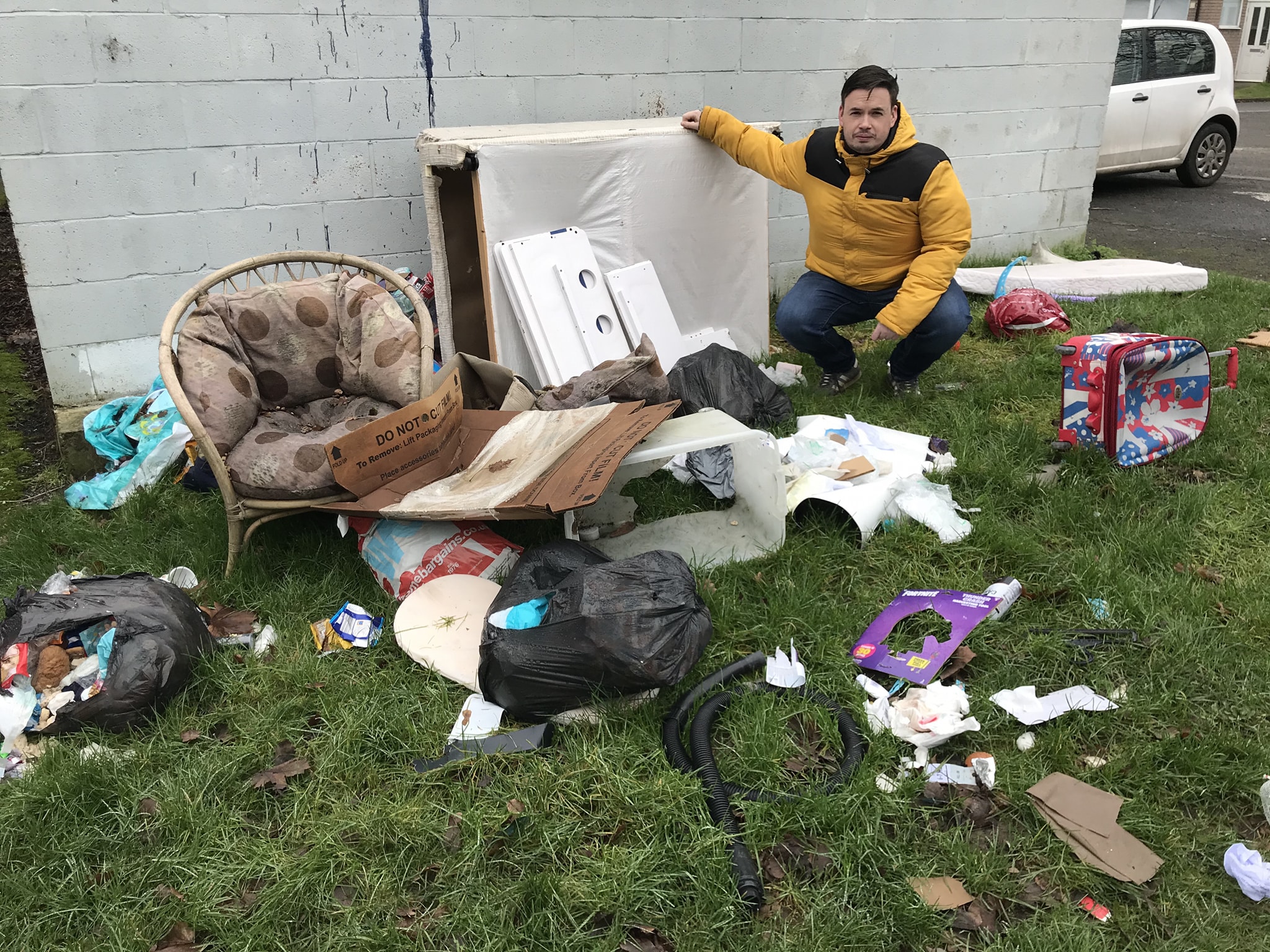